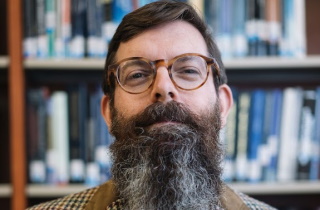 In a sleeper case said to have implications for the rule of law, judicial independence and other foundational principles of Canada’s Constitution, an Ontario judge has struck down a federal provision that purports to permanently gag from disclosing classified or other secret government information those MPs and senators appointed by the prime minister to be national security watchdogs.

On May 13, Ontario Superior Court Justice John Fregeau, in Alford v. Canada 2022 ONSC 2911, declared unconstitutional s. 12 (or s. 12(1), as indicated in some parts of the judgment) of the National Security and Intelligence Committee of Parliamentarians Act.

The provision struck down (with no suspension of the declaration of constitutional invalidity) bars the three senators and eight MPs who are the members (as well as the former members) of the National Security and Intelligence Committee of Parliamentarians (NSICOP) from claiming immunity from prosecution, based on the principle of parliamentary privilege, in a court proceeding against them for knowingly disclosing — even in-camera to a parliamentary committee — information that the government is keeping secret and that NSICOP members obtained, or had access to, while carrying out their powers and duties under the Act.

Composed of parliamentarians, and billed as independent, the NSICOP is appointed by, and reports to, the prime minister (who tables NSICOP’s reports in Parliament) and, as such, is part of the executive — rather than the legislative — branch of government.

All NSICOP members hold top secret security clearances and are able to receive classified briefings and materials related to their work. They are permanently bound to secrecy under the Security of Information Act and take an oath not to communicate or use without due authority any information obtained in confidence as committee members.

However, Justice Fregeau said he agreed with the arguments of the applicant, Lakehead University constitutional law professor Ryan Alford, that s. 12 of the 2017 NSICOP Act is ultra vires Parliament because (a) it restricts the constitutionally protected rights of parliamentary privilege and freedom of speech and debate in Parliament and (b) it was enacted without the requisite amendment to the Constitution Act, 1867 via the general amendment procedure provided for in s. 38(1) of the Constitution Act, 1982 (i.e. without approval by the Senate and House of Commons and the legislative assemblies of at least two-thirds of the provinces with at least 50 per cent of the country’s population).

A spokesperson for the federal Privy Council Office declined to say whether the Attorney General of Canada will appeal the ruling and, if so, on what basis. “We .. are reviewing [the decision] closely,” Pierre-Alain Bujold said in a statement. “We have no further comment to provide at this time.” 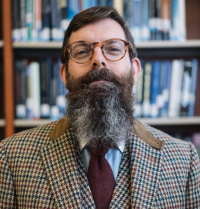 However, Alford, a constitutional historian with a doctorate in public, constitutional and international law, told The Lawyer’s Daily he has received an informal indication that a notice of appeal to the Ontario Court of Appeal is likely.

Given the high constitutional stakes of the case, Alford said he anticipates the litigation will eventually make its way to the Supreme Court of Canada (it has already attracted the intervention of the Canadian Civil Liberties Association.)

“I think it’s a function not only of the importance of this issue, but because it’s a potential opportunity for the Supreme Court to clarify its jurisprudence on parliamentary sovereignty and unwritten constitutional principles,” Alford said.

In his view, the case represents “an opportunity to think about the structure of the Constitution” at its most fundamental level because the passage of the impugned provision suggests that it’s possible to impliedly amend not just the written text of the Constitution, but also its unwritten principles, which include such key elements as judicial independence and rule of law.

“This needs to be taken seriously because some of the most important elements of the constitutional architecture, which we take for granted despite the fact that they hold up the entire edifice, could be unintentionally damaged through ordinary legislation,” Alford said.

The thrust of the arguments accepted by Justice Fregeau is that “everything that is essential to the functioning of a legislature as a legislature, all of those rights that we put under the label of parliamentary privilege, is beyond the power of ordinary legislation to amend,” Alford said. “And that allows for effective oversight; it allows for responsible government to take place.”

In terms of its extended persuasive effect, “I think it's more about how the constitutional architecture, however it's going to be specified in the future, is likewise beyond the power of ordinary legislation to amend — that Parliament doesn’t have the power to destroy its own foundation and collapse the entire structure,” he suggested.

By way of example, Alford cited constitutional principles that would bar federal legislation enabling Ottawa to fire judges at will. “That’s not in the text of the 1867 Act or the Charter,” he noted.  “... So all of these things depend upon documents that were taken for granted as what constituted a Constitution similar in principle to that in the United Kingdom at Confederation. ... We're talking about Magna Carta. We’re talking about the Habeas Corpus Act. We're talking about the English Bill of Rights, the Act of Settlement. All of these documents are the foundation for our constitutional order. And ... they’re recognized as such — but only in an indirect way via the preamble to the 1867 Act.”

Alford initiated and argued the case himself, waging a solitary (albeit successful so far) legal battle after the impugned law was passed in 2017, notwithstanding his warning to a parliamentary committee that the proposed legislation was constitutionally infirm.

After losing at a preliminary stage in Ontario Superior Court, where the federal government successfully contended that Alford lacked standing, the Ontario Court of Appeal reversed and granted him public interest standing on the basis that he had raised a “pure question of law” which the Appeal Court described as “the constitutional competence of Parliament to pass legislation abridging Parliamentary privilege.”

According to Justice Fregeau’s judgment, the issue before the court was Parliament’s constitutional competence, pursuant to s. 18 of the Constitution Act, 1867, to pass (i.e. in the absence of a constitutional amendment) legislation abridging parliamentary privilege, in the circumstances set out in s. 12 of the NSICOP Act.

Subsection 12(1) states that: “Despite any other law, no member or former member of the Committee may claim immunity based on parliamentary privilege in a proceeding against them in relation to a contravention of s. 11(1) or of a provision of the Security of Information Act or in relation to any other proceeding arising from any disclosure of information that is prohibited” under that subsection.

Subsection 12 (2) further states that a “statement made by a member or former member of the Committee before either House of Parliament or a committee of the Senate, of the House of Commons or of both Houses of Parliament is admissible in evidence against them in a proceeding referred to in subsection (1).”

Justice Fregeau said he agreed with Alford’s arguments before the court that parliamentary privilege, which includes freedom of speech and debate in Parliament, is an “inherent, absolute and essential” privilege entrenched in the Constitution as a function of the preamble of the Constitution Act, 1867, which provides Canada with a “Constitution similar in principle to that of the United Kingdom.”

According to Justice Fregeau’s decision, counsel for the attorney general acknowledged that s. 12 of the NSICOP Act circumscribes the application of parliamentary privilege in certain narrow circumstances.

But the attorney general argued, among other things, that it is within Parliament’s “plenary” legislative power to diminish parliamentary privilege pursuant to the express constitutional authority in s. 18 to “define” parliamentary privilege, subject only to the limitation that Parliament cannot confer privileges exceeding those held by the U.K.’s House of Commons.

Nor is freedom of speech, as an aspect of parliamentary privilege, an absolute right, the federal attorney general argued, asserting that Parliament has previously waived its privilege of free speech to allow its proceedings to be examined by outsiders, and has the historical authority to waive privilege.

According to the attorney general, s. 12 does not change the fundamental nature or role of the House of Commons, nor alter in any significant way the powers of the Commons or Senate and thus does not amend the Constitution. Parliament also has the authority under s. 44 of the Constitution Act, 1982, to circumscribe the parliamentary privilege of freedom of speech, as it has done in s. 12, the Crown said.

(Section 44 of the Constitution Act, 1982 says that “subject to ss. 41 and 42, Parliament may exclusively make laws amending the Constitution of Canada in relation to the executive government of Canada or the Senate and House of Commons.)

After reviewing the relevant constitutional case law, Justice Fregeau concluded that the authorities establish “that parliamentary privilege, inclusive of freedom of speech and debate and the immunities enjoyed by the Senate, House of Commons and provincial legislative assemblies, and by each member individually, is an essential part of Canada’s constitutional democracy, having been constitutionalized through the preamble of the Constitution Act, 1867.”

Parliamentary privilege enjoys constitutional weight and status equivalent to that of the Canadian Charter of Rights and Freedoms itself, he said, paraphrasing former Supreme Court of Canada chief justice Beverley McLachlin.

Moreover, in Clark v. Canada (Attorney-General), 2019 ONCA 311, the Ontario Court of Appeal held that freedom of speech and debate in Parliament is constitutional and absolute, and cannot be abrogated by ordinary legislation, even if this is motivated by national security concerns, Justice Fregeau said. “It therefore follows, in my view, that Parliament’s legislative authority to ‘define’ parliamentary privilege pursuant to s. 18 of the Constitution Act, 1867 does not provide Parliament with the constitutional competence to abrogate or restrict parliamentary privilege in the circumstances set out in s. 12 of the [NSICOP] Act, absent a constitutional amendment pursuant to s. 38 of the Constitution Act, 1982.”

The judge said he also accepted Alford’s submission that the restriction on parliamentary privilege effected by s. 12 of the Act exceeds the legislative authority provided for in s. 44 of the Constitution Act, 1982, which provides that Parliament may exclusively make laws amending the Constitution of Canada in relation to the executive government of Canada or the Senate and House of Commons.

“I agree that s. 44 of the Constitution Act, 1982 is expressly subject to section 42(1), which provides that amendments to the Constitution of Canada in relation to, among other things, the powers of the Senate and the Supreme Court of Canada, may only be made in accordance with the general amendment procedure set out in s. 38(1),” he observed.