Appeal by the City of Edmonton from a judgment of the Alberta Court of Appeal which set aside a decision of the Assessment Review Board for the City of Edmonton (Board). For the 2011 taxation year, the City of Edmonton assessed the value of the Capilano Shopping Centre as approximately $31 million. The company that owned the shopping centre, Edmonton East (Capilano) shopping Centres Limited (Capilano), disputed this assessment by filing a complaint with the Board. It sought a reduction in the assessed value to approximately $22 million. When reviewing Capilano’s submissions and evidence, the City discovered what it determined was an error in its original assessment. The City therefore requested that the Board increase the assessed value to approximately $45 million. While Capilano expressed concern about the City’s change in position, it did not dispute the Board’s power to increase the assessment. The Board ultimately increased the assessment to approximately $41 million. Capilano appealed, submitting that when a taxpayer disputed an assessment the Board lacked the statutory power to increase the assessment and could only lower or confirm it. The Alberta Court of Queen’s Bench agreed with Capilano, as did the Court of Appeal. The Court of Appeal concluded that the decisions of a tribunal subject to a statutory right of appeal (or a right to apply for leave to appeal), rather than ordinary judicial review, should be reviewed on the correctness standard. On appeal, the Court had to determine the appropriate standard of review for the Board’s implicit decision that it could increase Capilano’s property assessment and whether the Board’s decision withstood scrutiny on that standard. 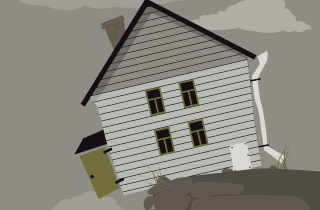