An independent panel of experts is calling on the Quebec government to implement without delay a “necessary and urgent” in-depth reform of the legal aid tariff structure for private sector lawyers to bring it in line with today’s realities and the evolution of the practice.

The five-member blue ribbon panel headed by former Court of Quebec chief justice Élizabeth Corte acknowledges that the 181 recommendations they made will require a “significant” expenditure and a “massive reinvestment” in legal aid tariffs. But the voluminous report does not peg a dollar figure to the outlay needed at a time when the Quebec justice system is in crisis, straining under the weight of chronic underfinancing and tense labour relations with a slew of stakeholders, from court clerks to legal aid lawyers.

“These amounts should not be seen as an expense, since they will prevent the system from incurring additional direct and indirect costs,” said the 186-page report. “Instead, the members of the Working Group invite decision-makers to consider these amounts as an investment aimed at improving access to justice for the most disadvantaged and vulnerable Quebecers.”

The publication of the long-awaited report, though warmly received by the legal community, will not stave off labour disruptions from private sector lawyers who take on legal aid mandates unless Quebec Justice Minister Simon Jolin-Barrette makes a firm commitment to implement recommendations issued by the expert panel, said Marie-Pier Boulet, president of the Association of Defense Counsel of Quebec. “We have started the pressure tactics because it is absolutely necessary that the government puts in place the recommendations as soon as possible,” said Boulet, a Montreal criminal lawyer with BMD Avocats.

Quebec criminal lawyers staged a one-day strike in mid-June, and are now planning to launch two more day-long strikes by the end of the month. On top of that, they are showing up at courthouses at 11 a.m., wreaking havoc with rolls, and are turning down legal aid cases dealing with sexual and intimate partner violence because they are complex cases for which several legal acts are not remunerated, a move that could be followed by Quebec criminal lawyers refusing to accept all legal aid mandates.

“What we want is a commitment from the justice minister,” said Élizabeth Ménard, a Montreal criminal lawyer and head of the Montreal Criminal Defence Lawyers Association (AADM). “We want the reforms to be implemented rapidly. We’ve waited a long time. The minister must be living in a parallel world if he does not realize that the justice system, which has been neglected for years, needs reinvestment. Every stakeholder has launched pressure tactics; everyone is exhausted. Everyone is fed up.”

This is the second report issued by the expert panel, which was struck following an agreement reached between the Barreau du Québec and the Quebec government in October 2020. The agreement, reached after three years of negotiations, called for a five per cent retroactive increase in legal aid fees for the period of October 2017 to May 2019 and a 14.7 per cent increase in fees from June 2019 to September 2022.

The first report, issued last fall, recommended sweeping reforms to Quebec’s administration of the legal aid system to simplify the process and curb administrative encumbrances faced by private sector lawyers who take on legal aid mandates. The experts called for a “paradigm” shift that would be anchored by the introduction of a secure digital platform to help establish a provincewide one-stop shop to receive, process and manage legal aid applications. But according to legal stakeholders, the Commission des services juridiques (CSJ), the provincial agency that oversees the legal aid system, has yet to implement the majority of the 43 recommendations made in the first report.

“The CSJ stated recently that it has implemented all recommendations in the first report, but that is false and totally inaccurate,” said Boulet. Some of the changes would require regulatory amendments but so far there is no evidence that such modifications have been introduced, pointed out Serge Bernier, former vice-president at the Barreau du Québec who oversees the dossier dealing with legal aid mandates for private sector lawyers for the professional corporation. Richard La Charité, CSJ’s secretary, did not reply to queries by The Lawyer’s Daily over whether any of the recommendations made by the expert panel in the first report have been carried out.

The second report, widely perceived to be the fulcrum of the agreement between the Quebec bar and the provincial government, asserts that the current mixed remuneration system based on a flat fee and a fee for service, though “imperfect,” must continue to prevail to attract both young and experienced practitioners. But the flat fee structure must be revised and revamped as it does not take into account a practitioner’s workload at each of the stages of the mandate, particularly efforts dealing with analysis of the case and the preparation of hearings, added the report. 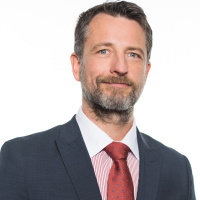 There are a number of recommendations that could be and should be implemented immediately, according to legal stakeholders. As urged by the report, the government should proceed with a detailed analysis of the workload required to obtain a divorce judgment on the merits after an agreement is reached and in the meantime compensate the lawyer with a lump sum of $1,500, said Bernier.

Another recommendation the government should act upon is to analyze the workload required to review the detention order and in the meantime compensate practitioners with a fee of $860, added Bernier.

Recommendations around work conducted by lawyers during preliminary hearings also should immediately be enacted as should work that entails negotiating with the Crown over bail conditions, something that is now done pro bono, said Ménard.

“There are really some very encouraging recommendations in the report, things that we have been demanding for a long time,” said Ménard, including several dealing with the thorny issue of special considerations or additional compensation for long and complex mandates. The report points out that the number of requests before the CSJ for additional compensation has surged, from 668 applications in 2015 to 1,580 in fiscal 2020-21. 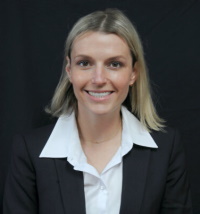 “It seems clear that, due to the evolution of law and practice, contemporary cases require a greater workload than when the legal aid system was established in Quebec,” said the report. The experts recommend overhauling the special considerations policies, and establish among other things a category of "special" cases that will benefit from a new remuneration scheme.

The expert panel also recommends the provincial government create a mechanism to monitor the application of new legal aid tariffs and any legislative amendments that may be introduced following the adoption of the recommendations. “The report highlights that the fees paid to practitioners are clearly inadequate, but there is no mention of how much and the creation of a new committee will just lengthen actions that should be taken,” said Ménard. “We were hoping that all of this could have been analyzed by the expert panel from the onset.”

The head of the Association québécoise des avocats et avocates en droit de l’immigration, Stéphanie Valois, does not know whether the provincial government will move quickly to implement the recommendations, particularly since it is an election year, but said it is important that lawyers’ organizations work together to put pressure on the government to act. “The recommendations of the report must be implemented,” said Valois. “It cannot be shelved.”

But Bernier believes that the Quebec government has no choice but to act swiftly given that the needs are so pressing. “It can’t put this aside and do nothing,” remarked Bernier. “These tariffs have not been restructured in depth for several decades. There have been many changes over the years. If this working group was set up, we at the Barreau dare believe that the government will implement recommendations made by them. We must not forget that on September 30th, the fee schedule will expire, so the government cannot simply let things go.”

The report also revealed that the Barreau no longer wants to negotiate legal aid fees, and wants another organization to take over — news that took some in the legal community by surprise, particularly those lawyer’s organizations that want the Quebec bar to continue to represent their interests at the negotiating table. “I don't understand this decision because, in my opinion, it clearly falls within the mandate of the bar in terms of protecting the public, because we can see that the whole issue of legal aid has an impact on applicants who cannot find lawyers who can represent them,” said Valois. Bernier, on the other hand, said that the bar believes that there could be an organization that could be established that could be represent the “socioeconomic” interests of practitioners in the private sector who take on legal mandates.

When reached for comment, the Quebec Ministry of Justice said it is analyzing the report’s recommendations.