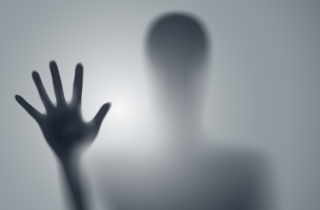 When the Supreme Court of Canada handed down its decision in R. v. Brown 2022 SCC 18, there was widespread outrage that the floodgates had been opened and that the automatism defence would become common whenever a case involved self-induced intoxication. Such a panicked response was uncalled for, I have argued before.

The case of R. v. Sheepway 2022 YKCA 3 that was decided by a unanimous appeal bench on April 28, 2022, demonstrates how our courts can rationally and justly decide cases of severe self-intoxication. The facts in the Yukon case were straightforward.

Darryl Steven Sheepway was a chronic cannabis user. In an attempt to quit, he enrolled in a 12-step program. At one of the meetings, he was introduced to a user of marijuana and crack cocaine. Once introduced to crack, Sheepway tried it and wanted more. It became his new drug of choice. One hit followed another until he eventually reached a $500-a-day habit. To get the money, he stole and ran up his wife’s credit card. He became an expert liar to deflect blame for continually racking up debt.

On Aug. 28, 2015, Sheepway’s dealer, Christopher Brisson, was carrying plenty of drugs and $2,340 in cash that his father had just paid him for work Christopher and another employee had done. Brisson got a call from Sheepway that Sheepway needed more drugs. Obviously, Sheepway did not disclose that his money problems were so overwhelming that the reason he needed drugs was to pump up his courage to commit suicide. Sheepway brought his shotgun along for the ride intending to rid himself of debt by ridding the world of his presence.

Sheepway and Brisson met at the entrance to a gravel pit on the Alaska Highway parking their pickup trucks such that the driver side windows were in proximity to each other. Sheepway had used crack before the meeting and was coming down off the high. Perhaps it was in conversation that Sheepway learned that Brisson was carrying not only drugs but cash. Maybe he could solve his debt problem short of suicide. Sheepway pointed a 12-gauge shotgun out his driver’s window and pulled the trigger.  Brisson was not killed instantly. He put his truck in gear until he crashed into a ditch on the opposite side of the road and bled to death. Sheepway later picked up the casings, washed his truck and maintained he learned of Brisson’s death much later.

Although Sheepway had lied and continued to give different accounts to police, he had no serious previous criminal history and had pleaded guilty earlier to robbery and attempted robbery charges including two in Ontario. Nonetheless, he felt he should be given special consideration for his self-induced intoxication. The evidence that Sheepway shot Brisson was overwhelming.

Both defence and Crown counsel had called psychiatric expert testimony at trial, Dr. Shabehram Lohrasbe for the defence and Dr. Philip Klassen in rebuttal for the Crown. Their testimony was remarkably similar in that while the rush caused by the intake of crack cocaine created euphoria, it quickly wore off causing dysphoria that could be sufficient to negate specific intent required to sustain a first-degree murder charge.

In the end, Sheepway was convicted of second-degree murder before a judge without a jury and sentenced to life imprisonment without parole for 13 years (R. v. Sheepway 2018 YKSC 26). Sheepway appealed. He was unsuccessful in overturning either the conviction or the sentence. The Appeal Court could find no basis to interfere with the trial judge’s interpretation of the evidence, the inferences he drew and his assessment of the appellant’s credibility.

This outcome should quell any notion that our courts, when the accused is not an automaton, are going to be lenient on those who commit criminal acts when they have become intoxicated by drugs knowing the effects that the drugs cause.

In this “judge-alone” case, there is no jury recommendation on the period of parole ineligibility to be imposed.

It is significant that the Yukon Court of Appeal did not disturb the judge’s finding that an increase over the minimum 10 years without parole should be imposed. The judge in imposing the increased term never referred to general deterrence. He formulated what he considered a just sentence based on factors specific to the offender.

There is no need to panic that our criminal justice system is broken.