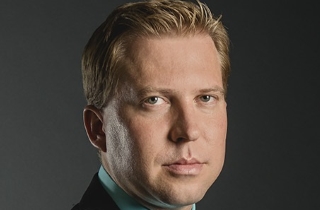 Shoppers at a mall in Calgary recently found themselves in a surprising — and perhaps confusing — situation recently when they were summoned to jury duty under the provisions of a little-used section of the Criminal Code.

Katherine Thompson, communications adviser with Alberta’s Ministry of Justice and Solicitor General, said in an e-mail that 80 potential jurors came to court for jury duty in Calgary June 16, and it wasn’t enough to select two juries.

“The first jury was selected, but the second was short six jurors, so additional people were needed — one to two hours of their day was taken up. If they are selected to serve as a juror, they would be required to return to court for the trial,” she said. “Jury management works hard to avoid the need to rely on the talesman procedure. Unfortunately, the number of potential jurors exempted in the days leading up to and on the day of jury selection ultimately resulted in its use last week.”

And then the judge in the case invoked s. 642(1) of the Code, which allows for a court, at the request of a Crown prosecutor, to require sheriffs to summon people from nearby locations to fill vacant positions on a jury when the jury panel has been exhausted before a full jury is selected. This is usually referred to as a “talesman” procedure. The sheriffs then went and summoned 50 people from the Core Shopping Centre, which is near the Calgary courthouse.

Thompson said the last time such a situation happened in Calgary was in 1996, and a court in Edmonton utilized the talesman procedure in December 2000.

“We do not anticipate any increase in how frequently the talesman procedure is used in the future,” she said. 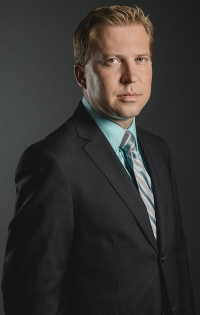 Graham Johnson, a senior partner with Edmonton-based Dawson Duckett Garcia & Johnson Barristers, said the procedure was also used in Fort McMurray a number of years ago, before the COVID-19 pandemic hit.

“They ran out of jurors and there is a mall across the street from the Fort McMurray courthouse, and the sheriffs were dispatched to go serve a bunch of people and go round them up for jury duty,” he said.

Calgary-based criminal lawyer Balfour Der of Der Barristers said talesman is an old English procedure that has been passed down over time to Canadian law.

“It is not used very often at all, and that is because the process of subpoenaing members of the public to be jurors is a refined art now. It just doesn’t happen that you get that short,” he said. “And it is even more surprising in today’s age when they have done away with most challenges to prospective jurors. It’s a rare case if you can’t get 12 people on a jury now — albeit they were selecting two juries.”

Like Thompson, Der said he doesn’t see talesman procedures becoming a regular occurrence in the province.

“It could just be a weird day when you just happen to hit upon a lot of people who had travel plans or other concerns, and the next thing they couldn’t attend as jurors,” he said. “That sort of thing does happen, but not very often.”

But the invocation of the talesman procedure comes at a time when courtrooms across the country are struggling with recovery from the COVID-19 pandemic — including the backlog of cases which have piled up over the past two years. Johnson said he is currently setting trials in some jurisdictions for the end of June next year.

“In my mind I differentiate from the initial closures in early 2020, which I think were necessary because at the time there were no vaccines or masks available and the courtrooms were not equipped with infrastructure for virtual appearances,” he said. “But there have been further court closures in the post-vaccine world that have caused further delay, and in my view those court closures were problematic in the sense that the courts are an essential service, and this was a period of time when courts were set up for remote appearances and had plexiglass and masks, but still months’ worth of trials were adjourned which has led to huge delays.”

Johnson said virtual hearings have helped in that it allowed docket courtrooms to function “but I wouldn’t want to do a trial over technology like Zoom or WebX.”

“One, I think it is too unreliable. Two, when you can only see a person’s face, I think you miss a lot of things that you would pick up on,” he said. “Arrangements can be made for certain witnesses by remote means, but generally speaking trials are done in person.”

Although Der said his experience with delay has not been bad, he noted the situation depend on the nature of the charge you are dealing with.

“In Alberta, there were a number of adjournments for less serious cases simply because the courthouse was closed — but serious cases kept on going and during COVID I did a number of murder cases, and we did not stop for that,” he said. “If you didn’t have that type of case, you might have experienced adjournments. But I think the court system in Alberta responded very quickly and very well to the crisis, and I hope the changes they made to streamline, such as allowing for e-mail applications and more video, continue because it makes us a lot more efficient.”

And Der said that personal appearances, especially in criminal law, are very important because getting judges’ reactions and a feel of how things are going are picked up by expressions as well as words.

“Things like that which are so much easier to get in person,” he said. “I was never a fan of trying to do trials remotely, but there are certainly a number of things we can do remotely with no impact whatsoever.”