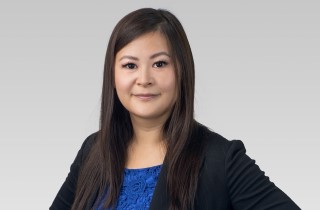 Decision on child support agreements will be useful for all family lawyers in B.C., counsel says

Justice Bruce Butler, writing for a unanimous Court of Appeal in a decision issued July 4, held that an interpretation of the Family Law Act (FLA) to permit such a variation aligns with the provincial legislature’s intention that child support agreements be variable in the face of changing circumstances for parent and child (Hinz v. Davey 2022 BCCA 232).

The court’s decision is in relation to an appeal of an order dismissing a claim for a retroactive variation of a child and spousal support agreement between Matthew Davey and Paulette Hinz. Davey, who has a 10-year-old daughter with Hinz, lives in Australia and owns an online ticketing and event management business which he said was severely impacted by the COVID-19 pandemic, reducing his income to approximately $27,500. His agreement with Hinz required him to pay the private school tuition for their daughter as well as a tax-free monthly amount of $10,000 for child and spousal support, and he asked to have it varied due to his changed circumstances.

Under s. 148(3) of the Family Law Act, a court may set aside or replace an agreement respecting child support with an order. But a lower court judge ruled this section did not permit retroactive variation of child support agreements, a decision Justice Butler ruled was done in error. He noted the Act allows courts to prospectively or retroactively change, suspend or terminate a child support order.

“There is nothing in the plain wording of s.148(3) to suggest that the court has no ability to set aside or replace the terms of a child support agreement with an order that has retroactive effect,” he wrote. “There is nothing in s.148(3) to suggest that once a court determines that it should replace a provision of an agreement for child support with an order under the Act, it is nonetheless limited to doing so only prospectively.”

Justice Butler then sent Davey’s application to set aside or replace the child and spousal support provisions in the agreement back to the trial court. He was joined by Justices Gregory Fitch and Leonard Marchand in his ruling.

Fanda Wu of Lindsay Kenney LLP, who represented Davey, said the decision helps clarify conflicting case law, which will be useful for all family lawyers in B.C. 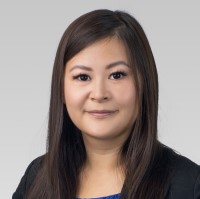 Rollie Thompson, emeritus professor at Dalhousie University’s Schulich School of Law, said it was “remarkable” that some judges in British Columbia felt s. 148(3) did not permit a retroactive variation of child support in an agreement.

“Justice Butler’s reasons provide a practical interpretation [of s. 148(3)], one that reflects the policy and intent of that provision and the role of child support agreements generally,” he said. “It is not obvious why you should interpret it in such a restrictive way.”

Wu said it was “fairly obvious to most experienced counsel” that the FLA would permit the retroactive variation her client was seeking.

“Where agreements deal with spousal support, they are much more difficult to vary, and the court does put a lot of weight on an agreement,” she said. “But child support is really the right of the child, and if there is a fluctuation in income an adjusted child support amount should flow from that.”

Counsel for Hinz did not respond to a request for comment.