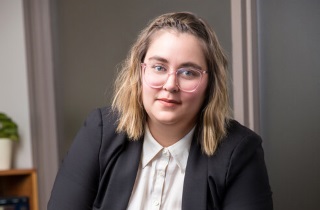 A ruling out of Saskatchewan provides trial judges “robust guidance” when it comes to handling self-represented defendants, says the appeal lawyer of a man whose conviction was set aside after it was found the judge did not properly assist him during his assault trial.

The June 27 Court of Appeal for Saskatchewan decision in R v. Wilde, 2022 SKCA 74 centred on what transpired during the trial of Jason Wilde, a self-represented defendant who, at the trial’s end, was convicted of aggravated assault for allegedly savagely beating a co-worker in the spring of 2020.

In front of Saskatchewan’s Appeal Court, Wilde claimed the trial judge of failed to properly assist him and hindered his ability to defend himself — thus depriving him of a fair trial.

Wilde’s issues were, for the most part, threefold: That the trial judge misled him when it came to the standard of proof in evidence; that he interfered with Wilde’s cross-examination of a witness; and that he improperly questioned a Crown witness.

According to the written appeal decision, the alleged crime dates back to June 2020, when Wilde was working at a tree-planting camp in northern Saskatchewan with colleagues Justin Harty and Jason Metz.

Tension grew between Wilde and Harty when the latter complained of Wilde “leaning on him financially and for rides.” But things escalated sharply after Harty removed Wilde’s belongings from the camper in which he was staying and piled them outside, under a tarp.

At some point, as Metz sat inside a nearby SUV, Wilde allegedly sucker-punched Harty in the side of the face, causing him to fall to the ground, at which point Wilde put him in a headlock and punched him in the head several times.

Harty sustained a broken jaw, resulting in two surgeries, an infection, extensive dental work and a long and painful recovery.

At trial, Wilde testified on his own behalf and cross-examined Harty, Metz and RCMP officer Erin Dunphy, who had responded to the scene.

The trial judge referred to “several aspects of … Wilde’s testimony as being peculiar” and doubted his claim that he was acting in self-defence. Instead, the judge accepted the evidence given by Harty and Metz.

Wilde was convicted of aggravated assault.

But Appeal Court Justice Lian Schwann, with Justices Jacelyn Ryan-Froslie and Jeffery Kalmakoff concurring, found the judge had erred in both his assistance and his lack thereof to Wilde.

For one, it found that while the trial judge correctly told Wilde that doubt must be based on evidence, he failed to adequately say that doubt can also be based on the absence of evidence.

“I am satisfied that, by not explicitly instructing Mr. Wilde that a reasonable doubt can arise from the absence of evidence, the trial judge provided an incorrect statement of the law,” wrote Justice Schwann. “This error may have left Mr. Wilde with the impression that he had to adduce positive evidence in order to defend himself against the charge. Had he been armed with a proper understanding of the reasonable doubt principle, Mr. Wilde asserts that he may have tailored his defence to focus on the deficiencies and discrepancies in the Crown’s evidence with a view to undermining its version of events.”

Justice Schwann noted Wilde is a layman with no legal training and that “a correct instruction may well have affected his trial strategy by causing him to highlight the deficiencies and inconsistencies in the Crown’s evidence that could have led to a finding of reasonable doubt.”

The Appeal Court also took issue with the trial judge’s “interjections” into Wilde’s cross-examination of officer Dunphy as to Harty’s level of intoxication, which had “an obvious chilling effect” on Wilde, deterring him from questioning the officer about inconsistencies in a prior statement made by Harty.

“While it is true to say that Mr. Wilde could have persisted with his cross-examination, indeed, the trial judge encouraged him to ask further questions, that exhortation was tepid and misleading because it may have left him with the impression that probing inconsistencies in earlier statements was both unfruitful and unnecessary,” found Justice Schwann.

Third, Justice Schwann found the trial judge to have interjected with some improper questioning during Wilde’s cross-examination of Harty.

As part of his cross, Wilde had asked Harty how much alcohol he had consumed the day of the alleged assault. In response, Harty accused Wilde of having sniffed “tobacco,” consumed drugs in the form of “chocolate covered mushrooms” and THB and of being “wacked out of [his] mind” that day.

At one point, the trial judge began questioning Harty about the sniffing of tobacco and the taking of “mushrooms.”

Justice Schwann found that while some of the trial judge’s questions were to obtain clarity about the substances, questions that followed — such as what sniffing tobacco might do to a person and whether he saw Wilde consume the mushrooms —“exceeded that purpose.” 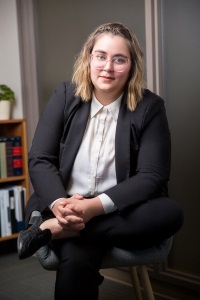 “In my view, the questioning could be seen as giving the impression that the trial judge was supplementing the Crown’s case and thereby appearing as though he was acting as an advocate for it. Furthermore, his intervention was centrally important to the case because it served to bolster Mr. Harty’s testimony, which was highly significant because, as noted, the trial turned on credibility.”

All this considered, Wilde was given a new trial.

Caitlin Dick, one of Wilde’s appeal lawyers, told The Lawyer’s Daily that the ruling “provided some robust guidance for trial judges when dealing with an unrepresented accused.”

“There are some concrete examples here about what not to do when a trial judge is faced with an unrepresented accused, who the court recognized was unsophisticated in the law, had no legal training [and] wouldn’t have known the finer points of law that would have contributed to bringing out his defence in full,” said Dick, of the Alberta-based firm of Deborah R. Hatch Criminal Law.

When asked for comment, Crown Grace Hession David said it is “hard for trial judges with self-represented accused.”

“It’s really hard to try and walk the line where you advise the accused person but you don’t become actively involved in strategy,” said Hession David.

“It’s a cautionary tale to trial judges to be very delicate and very careful in their role as arbiter of justice, but at the same time in supporting a self-represented accused as much as they can without getting involved in the fray.”