A study done by a University of Toronto (U of T) researcher on public access to online hearings during the pandemic has highlighted the importance of privacy and security while maintaining the open court principle, identifying best practices for the courts moving forward.

Jérémy Boulanger-Bonnelly, a doctoral student at U of T’s Faculty of Law, “examined how the closure of courthouses during the early days of the pandemic impacted the public’s ability to witness justice being served,” a university news release explained.

Boulanger-Bonnelly “undertook a systematic review of the policies and directives of 53 courts in civil matters in Canada, the U.K., the U.S. and Australia,” which will be detailed in a forthcoming paper in the Dalhousie Law Journal. 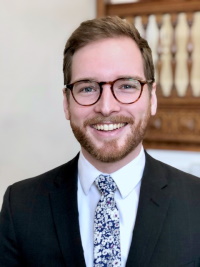 “When the pandemic hit, of course, all our lives were upended and the world started crashing, including the justice system,” said Boulanger-Bonnelly in an interview with The Lawyer’s Daily.

As a practising lawyer himself, he noted that “when the courts decided to shift online, they didn’t necessarily develop policies right away that allowed people” to attend court as they would have pre-pandemic to “watch justice being done.”

The courts, he added, were “using [Microsoft] Teams, for example, but just sending the link to the parties. If you didn’t know any of the parties, or the judge, or the court, it was very difficult to be in the hearing.”

This prompted Boulanger-Bonnelly to “look, a bit more broadly, at how courts were adapting.”

“A year after the start of the pandemic, I decided to review the policies of 53 different courts in four countries. Just to have an overview of how the courts had adapted in the first year of the pandemic and then to think about what they could do better, taking inspiration from some of those examples,” he explained.

During his research, Boulanger-Bonnelly noted that the differences were “not necessarily between jurisdictions, but more between different levels of courts.”

“One of the differences that I saw was that appellate courts, usually, were more open than trial courts,” he said, hypothesizing that this is due to a more “manageable” case load.

“In a Court of Appeal you have less hearing rooms, you have less cases usually. So, it’s easier to make them available online for everyone,” he added, noting that one of the best practices his paper suggests ties into the difference between trial and appellate courts.

“At trial you have more concerns about privacy and security of litigants and the witnesses who are coming to testify. In the pre-pandemic world, when you went into courtrooms, those concerns were actually alleviated by the fact that the hearings were conducted in practical obscurity,” he said, noting that while the courts may be open “in theory,” attending in person creates a barrier.

He explained that for people to physically attend court they’d “have to miss work” or pay transportation fees.

“Those are barriers that made the open court, in principle, a bit less real in practice in the physical world,” he added.

“But,” Boulanger-Bonnelly noted, in an online environment “this principle, this obscurity, doesn’t exist anymore.”

“You can just be at work and log into Zoom and watch a hearing while you’re at work or on a break, and so many people can do that. It really increases the risks that things can go [by the] wayside in terms of privacy and security. That’s why I’m suggesting a bit more barriers for trial,” he explained.

With regards to best practices, Boulanger-Bonnelly also suggested that “one of the first steps” courts take is to make information more available.

“One of the things I noticed when I was trying to find access to online hearings in many of those courts was that most of them really made it difficult for members of the public to find the information,” he said, noting that sometimes he had to “read notices for the legal profession, which were in PDF form and hundreds of pages.”

“And at the end it would say, ‘oh, by the way, if someone from the public wants to attend, they can call our clerk and we’re going to give them the link.’ That’s obviously not a good thing because people have to work a lot to get the information,” he explained, suggesting that having “a webpage that’s very accessible” and “written in lay terms” is “key to enabling the open court principle online.”

“In terms of access itself, what I’m suggesting is that trial courts adopt a policy that is in between pure open access and a very restrictive position,” he said, adding that the “middle ground is really to have links available, open to all, but to have a requirement that people fill out a form with information about themselves.”

A requirement to fill out a form, he explained, creates “an opportunity for the court to remind people about how they have to behave during the hearing, and what the hearing is about, to make sure everything goes well.”

“One of the key things that we saw in recent months, especially with the bail hearings in Ottawa, for example, was that people were completely anonymous. [They] just jumped into the hearing and did many things that were not acceptable,” he said, noting that if “you had a form where people had to register, and give their information, there would at least be the possibility that these people could be identified if they create a problem online.”

Boulanger-Bonnelly acknowledged that “some people will say that’s a breach of the open court principle in the sense that usually you could go into a hearing room physically and be totally anonymous. You don’t have to disclose who you are and what you’re doing there.”

“The reason I’m suggesting something more restrictive online is because of those heightened risks that are inherent in the online environment,” he said, noting that if someone is disruptive in a physical courtroom they can be identified and charged with contempt of court.

“Whereas if they’re online, you can’t do that. So, you have to have a way, in theory, to be able to identify them if they cause trouble and manage your hearing in that way,” he added, explaining that “the reverse of that is you don’t have to be so restrictive as some courts are now” in terms of accessing the court information.

As an example, he noted the “high barrier” created when people have to call the court clerk to obtain a link to a hearing.

“And obviously, that’s not very efficient from a resource perspective,” he added, emphasizing that “an automated form and a link is much better for a trial.”

When asked what the most surprising aspect of his research was, Boulanger-Bonnelly said he “wasn’t expecting” information to be “so restrictive.”

He hoped that during the first year of the pandemic courts would have found their way to making hearings more accessible.

“Some courts took it very much to heart and wanted their online hearings to be very accessible, but others, I think, took a bit more time to reflect on that. And that’s why I wanted to publish this paper. I wanted to give them a tool to be able to make their practices better for the future,” he said, noting that even when the pandemic recedes online hearings will still exist.

“I think in that context it’s important for courts to see this as not only a temporary thing during the pandemic, but really as a shift of their practices and they have to make their online hearings accessible for the future as well,” he said.

For appeal courts, Boulanger-Bonnelly has a different approach, noting that “in most cases, the privacy and security concerns” that exist at the trial level “don’t arise at appellate cases because the issues are focused on the law.”

“In my mind, there’s really no principled reason for not having broadcasts of those [appellate] hearings,” he said, noting, for example, that the Supreme Court of Canada has been broadcasting its “hearings since 2009.”

“I think the appellate courts throughout the country should do the same thing. It would make their hearings much more accessible, especially since those hearings have an important public aspect,” he added.

Boulanger-Bonnelly pointed to the Supreme Court of Canada as a “good example” of a court leveraging “that technology, not only for online hearings, but also for hearings in person.” He noted that, due to the pandemic, courts are now equipped with technology to record material and broadcast hearings, and he believes that should continue when the courts return to more in-person sessions.

In terms of how Canada is doing with online access to courts, Boulanger-Bonnelly said it “depends on the province” as “some provinces are more open than others.” He noted that British Columbia, Ontario and Quebec have more open access, while in the Maritimes it is more restrictive.

He also noted that there’s been a lot of discussion in the legal profession over the last year about “the pandemic and what the profession should do to adapt, and how judges and the courts should adapt their hearings to be more accessible to litigants.”

“But I think we’ve forgotten sometimes that our justice system is meant for the public as well; that we have to make it accessible to the public. There’s been a working group at the federal level involving the Chief Justice and they have touched on the topic of open courts, but I think the legal profession should push judges and the courts in the coming months to adopt those best practices and make sure their hearings are accessible whether they’re online or in person,” he added.

Boulanger-Bonnelly explained that his work is not meant as a criticism of “the legal field or the courts.”

“When we transitioned during the pandemic, it happened so quickly and the focus was, reasonably, on making hearings possible for litigants,” he said, noting that this was “a herculean task at the time.”

His work is meant to show that “there are possibilities that are opened by having technology in our courtrooms. It’s a real opportunity and we have to take it and make our profession and the legal field better for the public at large.”

According to U of T’s release, Boulanger-Bonnelly “will join McGill’s Faculty of Law as an assistant professor in the fall of 2023.”