British Columbia has been dealt another blow in its fight to defend a massive revamp of the provincial automobile insurance system after a regulation limiting recoverable costs in car accident cases was found to be unconstitutional.

In a decision released July 11, B.C. Supreme Court Justice Nathan Smith wrote the regulation would prevent or discourage some plaintiffs from accessing the court for a decision of their case on its merits (Le v. British Columbia (Attorney General) 2022 BCSC 1146).

“Some plaintiffs will be unable to marshal all of the evidence necessary to prove all aspects of their case without sacrificing other reasonable expenses or necessary portions of their compensatory damages,” he wrote. “Others may have the evidence in the form of the necessary expert reports but will be unable to proceed to trial because of the additional costs and risks associated with having those experts testify.”

The regulation, which caps the disbursements that a successful plaintiff may recover to a maximum of six per cent of either a judgment or settlement amount, came into force in August 2020. It was a legislative response to a ruling from B.C. Supreme Court Chief Justice Christopher Hinkson which struck down part of the court’s civil rules which limited parties in a motor vehicle personal injury action to three expert witnesses (Crowder v. British Columbia (Attorney General) 2019 BCSC 1824).

The decision in Le was decided on similar grounds to Crowder, with Justice Smith ruling the regulation violated s. 96 of the Constitution Act, 1867, which gives the federal government the power to appoint the judges of the superior, district and county courts in each province. While the bare wording of s. 96 refers only to judicial appointments, its broader effect is to protect the “core jurisdiction” of the provincial superior courts from either federal or provincial abolition or removal.

Justice Smith also held that the regulation did not recognize the discretion of the courts contained in the provincial Evidence Act, and thus declared it to be of no force or effect.

“In the absence of a provision that preserves judicial discretion to relieve against the consequences of the impugned regulation in appropriate cases, including cases where the court exercises its related discretion to allow a party to exceed the presumptive limit of three experts, I find that the impugned regulation … compromises and dilutes the role of the court, and encroaches upon on a core area of the court’s jurisdiction to control its process,” Justice Smith wrote.

In early 2018, the B.C. government pledged to tackle what it characterized as a “dumpster fire” at the provincially owned Insurance Corporation of British Columbia (ICBC). Its response has also included a cap of $5,500 on minor injury claims, an increase in accident benefits and sending some matters deemed “small claims” to the civil resolution tribunal (CRT) — a provision later deemed to pass constitutional muster.

The Trial Lawyers Association of British Columbia (TLABC) was one of the plaintiffs in the case. Association president Bill Dick said the regulation on recoverable costs unfairly targeted plaintiffs in motor vehicle accidents. 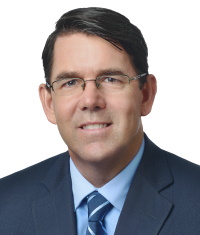 “It was very particular and specific, and meant to save money to a single litigant in our province, which is ICBC,” he said. “It was made pretty clear that this regulation was passed purely for the financial benefit of ICBC and to the detriment of individual injured people in British Columbia.”

Access to justice and the ability to have matters tried fully is part of the core jurisdiction of the superior courts, said Dick.

“We are one of the few voices which is prepared to stand up to government and say you are infringing on the individual rights of people,” he said. “We are going to challenge those every time that comes up, and that is what we were doing here.”

In a statement, B.C.’s Minister of Public Safety and Solicitor General Mike Farnworth said the province was appealing the decision.

“We have been clear that expensive, drawn-out legal battles were not working for British Columbians injured in car crashes,” he said. “That’s why we made changes intended to reduce disproportionate expert reports, litigation costs and delays. We will not comment further at this time.”