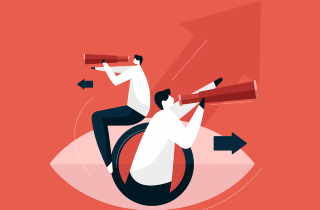 Before 1982 and the advent of the Charter, criminal lawyers paid little attention to how evidence was collected. If police chose to use illegal means of collection, it didn’t really matter. Crime prevention was considered of utmost importance. If an individual’s rights were trampled in the process, it was all too bad. What was important was to find criminals and see that they were locked up.

With the Charter, old methods of evidence collection had to be reinterpreted. In no aspect of law was this more apparent than in ensuring state actors did not use unreasonable search and seizure. But it soon became apparent that absolute adherence to enshrined rights would mean some criminals could avoid being convicted.

It took little time before the courts started to whittle away on how the constitutionally enshrined rights should be interpreted so that the confidence of the public in police protection would not be eroded. In R. v. Gomboc 2010 SCC 55, police were allowed to perform a warrantless search to show abnormally high electricity usage that would be consistent with the running of a grow-op even though most, at the time, considered the details of utility bills between a supplier and a customer would carry with it a reasonable expectation of privacy. But the judicial branch could not be seen condoning the growing of illegal substances.

The Ontario Court of Appeal recently reinterpreted what it takes to get a warrant to enter a dwelling in search of firearms and drugs. In R. v. Kalonji & Donaldson 2022 ONCA 415, an acquittal of the two accused was overturned and a new trial ordered. The Appeal Court was forced to decide what inferences would be permissible when a justice is presented with an Information to Obtain (ITO) a search warrant of a dwelling.

There is no doubt that Sam Donaldson was not a sympathetic character as he was described in the ITO. He was said to have pimped out his girlfriend and then threatened to shoot her. He was said to carry firearms calling an assault rifle “a cop killer.” He is said to have two residences in Toronto, one he shared with a roommate referred to as “Ninja,” later named as Kalenda Kalonji.

When police raided the shared residence, they found in Donaldson’s bedroom weapons, and mail addressed to Donaldson. Elsewhere police located over three grams of fentanyl and almost $8,000 in cash. Both Donaldson and Kolongi were arrested.

At trial, Superior Court Justice Maureen Forestell found there was insufficient information for the justice who authorized the warrant to link the unit where the weapons, cash and drugs were kept with the material before the issuing justice. She found the evidence inadmissible and acquitted both accused. These men, publicly perceived to be criminals, walked free. The Crown appealed.

In line with modern judicial reasoning, we cannot have an accused’s rights seen to protect such people in breaking the law and getting off on a technicality. Some reinterpretation was in order.

The unanimous judgment of the three-court panel held that Justice Forestell applied the wrong judicial standard in assessing the ITO. The test, the court held, was not whether there was evidence on the face of the ITO to allow a search warrant to be issued. Rather, was there sufficient evidence that could be inferred to allow a justice to sign the warrant.

Even though there was nothing in the ITO to link the gun that Donaldson brandished from time to time with the property searched, it could be inferred that Donaldson would keep the firearm at his residence.

The Appeal Court certainly had authority to make such a holding. In R. v. Vu 2013 SCC 60, Justice Thomas Cromwell held it proper to infer that records and documents relating to the ownership and occupancy would be found at a location even though there was no actual statement to that effect in the ITO.

The Appeal Court held that the standard is not one of probable grounds to issue a warrant, just are there reasonable grounds to believe there is evidence respecting the commission of an offence.

We may now have the burdens imposed by the Charter that were ignored pre-1982. But with some imagination and judicial reinterpretation, we can return to the good old days.