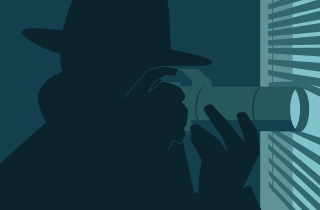 Anyone who has ever talked with penitentiary inmates will soon realize that an important principle of the “con code” is that it is permissible to injure or even kill an inmate convicted of sexual offences, especially if the offence relates to a child. We live in a child-centred society. We abide by a norm requiring child protection.

Our social norms exist telling us that our view of child abusers or potential child abusers is remarkably similar to the con code. It is therefore not surprising that our courts will also be affected by this norm. In a society that values “get tough on crime,” tougher sentences might be expected. What is not expected is that our courts will overlook important defence principles to mete out punishment — a judicial acknowledgement that for sex offences involving children, great leniency is given to the prosecution.

On May 2, 2022, the Ontario Court of Appeal considered the case of R. v. Stack 2022 ONCA 413. Robert Stack was appealing his conviction and two-year sentence for Internet child luring. Although he was self-represented, he was ably assisted by duty counsel, Chris Rudnicki.

The facts were not in dispute. Stack saw the picture of a boy on a skateboard going by the name of Justin on the social media app called Grindr. The app was used as a dating/hookup site for gay men. The app requires users to be at least 17 years of age. Stack called himself Matthew 51 and messaged Justin: “Hello if interested in older lets talk message me back.” Justin replied, “hi how r u? just so u know im actually 14.” The conversation continued.

Stack never met Justin or had sexual contact with him. That’s because there was no Justin. It was a police sting operation. Police were able to get a search warrant to examine Stack’s computer tablet before he was arrested and charges laid.

Stack’s trial took place in Brampton, Ont., on Dec. 7 and 8, 2020. He was self-represented, although he did receive assistance from an amicus curiae. The defence of entrapment was not raised.

At the appeal, Rudnicki offered sound arguments that the charges ought to have been stayed based on an entrapment defence. The problem was that the issue was not raised at trial. The court was faced with the prospect of allowing a potential child abuser to walk free or to find a plausible excuse why the offender should not be able to have the benefit of the defence.

Rudnicki argued that the court should allow the issue to be raised and cited Guindon v. Canada 2015 SCC 41. The Appeal Court distinguished that case. While admitting that an appeal court can entertain a new issue of law, such procedure should not be exercised routinely or lightly. Duty counsel stressed that the police officer’s posing as an underage boy and the nature of the website provided an opportunity to commit an offence. Police were therefore inducing the commission of an offence.

However, the argument failed because the Appeal Court remained unsatisfied and feared that the Crown would be deprived of the opportunity to defend against such argument. Would a reasonable Crown attorney trying such a case not be prepared from the outset to defend against the defence of entrapment?

That an accused who is facing a potential prison term should be represented by counsel from the beginning is unquestionable. Rudnicki deserves high marks for raising the issue even though his argument was ultimately unsuccessful.

Justice, it can be said, is the judicial application of prevailing social norms. We live in a child-centred society. Police are praised for seeking out child abusers, and it seems our judicial system will back them up even though it has to jump through hoops to overlook a valid defence.