Struthers steps down as CLA president due to poor health, VP takes helm

Veteran Toronto defence lawyer John Struthers has stepped down as president of the Criminal Lawyers’ Association due to a “serious health issue,” leaving the post not long after leading the organization through the thick of the COVID-19 health crisis.

Struthers, 67, confirmed for The Lawyer’s Daily that the association’s board approved his resignation July 18.

“I have a serious health issue which requires my undivided attention and I didn’t want to leave the CLA without a captain for that time when there is a capable replacement in [Daniel] Brown,” Struthers said in an e-mail.

While Struthers declined to elaborate on his health condition, he said he will need “treatment for some time.” 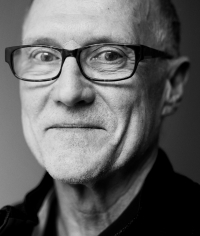 CLA vice-president Daniel Brown has taken the helm of the Ontario-based organization for the remainder of Struthers’ term, which was to end in November 2023.

Struthers, a sole practitioner, was elected president in November 2019 and re-elected for another two-year term in 2021. He was in the president’s chair when the COVID-19 health crisis hit in March 2020. Almost immediately, Struthers and the CLA called for the courts to shut down and to change how they operate in order to protect the health of members, clients and everyone working in the sector.

Courts across Canada started shutting down. What followed was an unprecedented foray into the large scale use of virtual technology in efforts to stay at least somewhat operational. Struthers and the CLA also called for the depopulation of prisons where possible, due to COVID-19 running rampant in institutional settings.

“Taking the pandemic as a critical emergency requiring a total re-evaluation of how we conducted business was tough,” said Struthers. “It was and remains hard to believe that our world was turned upside down so completely. Early on we lost [Crown lawyer] Sandy Tse [to COVID-19], and it was clear we needed to shut things down and figure out how to proceed. This involved getting people out of custody. We sent in teams of volunteers to review every case in custody and held bail hearings to reduce the jail populations by almost half.”

But Struthers, who in the beginning was a music major at Toronto’s York University before attending Osgoode Hall Law School, said pushing for change was not easy.

“Convincing the ‘system’ that we could conduct business remotely and implementing Zoom for trials took time and effort,” he said. “We demonstrated a mock Zoom trial that became the template across the country. The simplicity and universal availability of Zoom made it the preferred platform.” 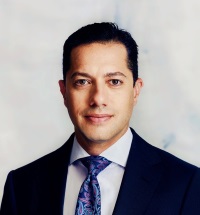 Struthers submitted his resignation to the CLA July 11, according to Brown, who called the now-past president a “fighter” who will “take on this health challenge with the same vigour and grit he has shown both as CLA president and in the courtroom.”

“He was a visionary when it came to dealing with the COVID-19 crisis. Most people didn’t understand how serious the problem was, and it was John who insisted that we close the courts and protect the safety of all justice system participants. John later on was kind of at the forefront of pushing for technological changes that would allow us to reopen the courts safely. There was some initial reluctance to opening up the courts and conducting hearings remotely, and we’ve seen what an improvement that’s made for the justice system.”

Brown was asked about health experts saying that Ontario and the rest of Canada has now entered a seventh wave of the pandemic. To this, he said “choice” is going to be an important part of the court process.

“One of the most important things is to ensure that there is choice in how a person is able to proceed, whether they can proceed in person or remotely, and I think the idea of choice is essential because what is a health risk for some may not be a significant health risk for others. … I certainly think we need to be mindful about that. We will continue to monitor the COVID-19 situation very closely.”

Soon after the CLA’s members were notified of Struthers’ departure, lawyers took to Twitter to thank him.

“Thank you to @johnstruthers for leading @ClaOntario during an unprecedented period of time,” tweeted Toronto lawyer Laura Metcalf. “I have no doubt our new president @DanielBrownLaw will follow the footsteps laid by our excellent past presidents.”

The firm Derstine Penman called Struthers “a strong and effective president” who is owned “a debt of gratitude for his hard work and accomplishments.”

Robin Parker said Struthers’ “tireless leadership … during a time of unprecedented crisis was entirely consistent with the energy he brings to his legal practice and life.”

On its website, the CLA describes itself as “one of the largest specialty legal organizations in Canada, with more than 1,800 members,” and a “voice for criminal justice and civil liberties in Canada.”

Brown said that while the CLA is “an Ontario focused organization,” its membership spans the entire country.