In affirming the first-degree murder conviction of a man who repeatedly shot a captive rival drug dealer who was trying to escape, the Supreme Court of Canada has shed light on the definition and requirements for the offence of unlawful confinement, and clarified when murders committed in concert with underlying serious “crimes of domination” merit classification and sentencing as constructive first-degree murder under s. 231(5) of the Criminal Code.

On July 21, Justice Mahmud Jamal, writing for all nine of the Supreme Court’s judges, dismissed the as-of-right appeal of Darren Sundman of British Columbia, who was convicted at trial of second-degree murder, but was afterward convicted unanimously by the B.C. Court of Appeal of first-degree murder: R. v. Sundman, 2022 SCC 31. 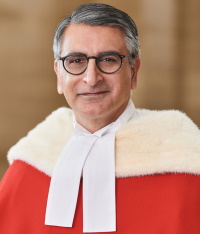 The key legal question for the Supreme Court was whether the appellant murdered Jordan McLeod “while committing” the offence of unlawful confinement — which would make the crime first-degree murder by operation of s. 231(5)of the Criminal Code.

Subsection 231(5), a kind of sentencing classification provision, says that murder is first-degree, irrespective of whether the murder is planned and deliberate, when the victim’s death is caused “while committing or attempting to commit” any of several listed crimes of domination, i.e. kidnapping and forcible (unlawful) confinement, hijacking an aircraft, any form of sexual assault, and hostage-taking.

The trial judge found that Sundman repeatedly shot the victim, with whom he had an acrimonious relationship, after the latter jumped off, and ran away from, the moving truck in which the appellant was beating him with a handgun (the fatal shot was subsequently fired at the wounded man by one of the appellant’s accomplices, who was eventually also convicted of second-degree murder).

At trial, Sundman was acquitted of first-degree murder, and convicted of murder in the second degree. The trial judge found that the appellant shot at the fleeing victim with lethal intent, and hit him at least three times. Those shots were a substantial cause of the man’s death as they stopped him from escaping his captors before he was shot at close range. The trial judge ruled therefore that the appellant did commit murder, but not first-degree murder due to the brief gap in time between when the victim was confined in the truck, and when the victim jumped off and was subsequently shot to death. The trial judge held that this time gap meant that the appellant did not murder the victim “while committing” the offence of unlawful confinement, as required for first-murder degree under s. 231(5) of the Code.

The British Columbia Court of Appeal disagreed. It allowed the Crown’s appeal and substituted a conviction for first-degree murder under s. 231(5)(e) of the Code. The panel concluded that the victim was still unlawfully confined after he jumped from the truck and was being chased, until he was shot to death. The unlawful confinement and the murder were temporally and causally connected, making the entire series of events a single transaction, the Court of Appeal concluded.

For the Supreme Court, Justice Jamal explained that whether the murder committed by the appellant was in the first or second degree turned on (1) whether the victim was still unlawfully confined after he escaped from the truck, and (2) whether the murder and the unlawful confinement (inside or outside the truck or both) were part of the same transaction.

In affirming that Sundman committed first-degree murder, Justice Jamal held that the victim was still unlawfully confined when he escaped from the truck and ran for his life.

“Even though Mr. McLeod was not physically restrained outside the truck, he continued to be coercively restrained through violence, fear, and intimidation,” Justice Jamal reasoned. “He was deprived of his liberty and was not free to move about according to his inclination and desire. The appellant then murdered him while unlawfully confining him.”

Justice Jamal elaborated that “these two distinct criminal acts were part of a continuous sequence of events forming a single transaction. They were close in time and involved an ongoing domination of Mr. McLeod that began in the truck, continued when he escaped from the truck and ran for his life, and ended with his murder.”

Justice Jamal explained that for a murder to be committed “while committing or attempting to commit” an underlying offence listed in s. 231(5), the following elements are required: (1) an underlying crime of domination; (2) murder; (3) substantial cause; (4) no intervening act; and (5) the same transaction. 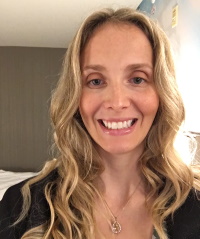 Justice Jamal also explained that unlawful confinement occurs if, “for any significant time period, a person is coercively restrained or directed contrary to their wishes so that they cannot move about according to their own inclination and desire. The person need not be restricted to a particular place or physically restrained. The restraint can be through violence, fear, intimidation or psychological  or other means, and the purpose of the confinement is not relevant.”

Crown counsel Megan Street, who argued the appeal for the respondent Attorney General of B.C., said Justice Jamal’s decision clarifies that the “single transaction” and “temporal-causal” connection approaches to the “same transaction” element of s. 231(5) of the Criminal Code “are two sides of the same coin.”

“In my view, the court provided much needed clarification about the legal terrain of constructive first-degree murder as opposed to discovering new terrain,” Street said. “As the court explained, the two approaches to the ‘same transaction’ element of constructive first-degree murder have been repeatedly referenced in the extant jurisprudence. The clarification is that both approaches are valid, and both focus on the same necessary inquiry.”

Street predicted the Supreme Court’s clarification of the analytical framework for the “same transaction” element of constructive first-degree murder will make it easier for counsel and judges to identify situations which attract the more severe penalty associated with constructive first-degree murder. “I say this because the case permits counsel and judges to step away from what the court calls the ‘terminological’ ... difficulty of trying to articulate the causal connection between the underlying crime of domination and the murder, and focus instead on whether the underlying crime and the murder formed part of a continuous series or sequence of events,” Street explained. 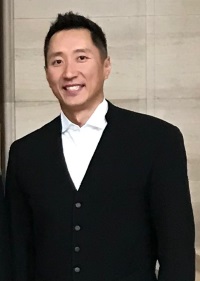 Daniel Song of Vancouver’s Pringle Chivers Sparks Teskey, who represented the appellant offender along with Elliot Holzman, agreed that the Supreme Court’s decision clarifies the law rather than breaking new legal ground. “But although the decision is fact-specific, Justice Jamal did explain how a judge or jury is to assess a ‘causal connection’ between a murder and underlying act of illegal domination,” Song said.

“Justice Jamal said the inquiry is whether there is a ‘unifying relationship’, which understandably sounds synonymous to a ‘single transaction,’” Song remarked. “I say ‘understandably’ because the court affirmed that the single transaction test and causal-temporal approach should lead to the same conclusion.”

Song said that, in his view, it was open to the top court to eliminate the causal-temporal approach if it has been causing confusion in the lower courts. “But they chose to affirm that it's a valid analytical framework. Hopefully the tenor of the decision will promote clarity in the analysis of constructive first-degree murder.”