A $28-million settlement reached with a Catholic religious order in a sexual abuse class action was rejected by the Quebec Superior Court because of the high legal fees associated with the agreement, the second Quebec class action settlement in the past month whose legal fees have been the subject of a critical assessment.

The decision by Quebec Superior Court Justice Thomas Davis to rebuff a settlement for more than 375 victims of alleged sexual assaults committed by members and employees of the Clercs de Saint-Viateur of Canada, follows on the heels of a ruling in mid-June by Quebec Superior Court Justice Daniel Dumais to curb plaintiff class action legal fees by 20 per cent in the so-called Dieselgate scandal in which German carmaker Volkswagen AG violated Canadian emissions standards. 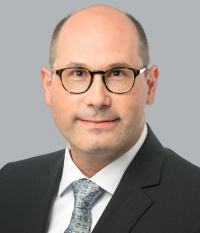 Justice Davis “is sending various messages, but the big takeaway from this case is that there should be a settlement approval hearing and there should be separate fee approval hearing because if the two are bound together in the way that happened here, the result is that if the fees are found to be unacceptable by the court that means it will doom the settlement and that means that class members will not have access to justice,” noted Shaun Finn, co-leader of the class action defence group at BCF and co-author of the 2020 book Quebec Class Actions – Jurisprudence, Directives, Notes & Illustrations.

According to Bruce Johnston, a Montreal class action lawyer with Trudel Johnston & Lespérance LLP, the decisions highlight the importance for judges to evaluate the reasonableness of plaintiff legal fees and signals the need to provide more guidance in the Code.

“There are certainly cases that give the procedure bad press, that give the appearance of opportunism or lack of added value,” remarked Johnston. “It’s up to the judges to play their role, to filter these cases and to check the reasonableness of the fees. But a reform (of the Code) could be useful for everyone, so that the rules are clear at the outset for everyone. There could be acceptable rates depending on certain circumstances, the rate of progress of cases, and the amount of the civil settlement.”

The class action, launched in 2017 and authorized in April 2019, against the Quebec-based Catholic religious order the Clercs de Saint-Viateur alleged that more than 375 persons were sexually abused by members and employees of the organization. A $28-million settlement, which would have also awarded the Montreal law firm Arsenault, Dufrensne Wee Avocats more than $8 million or 25 per cent of the accord, was reached this past January. The pact included an adjudication process that was going to be overseen by former Superior Court Justice Claude Champagne to ensure an appropriate distribution of the settlement fund among victims.

But Justice Davis rejected the settlement, holding that the fees were excessive and not in the best interests of the class members. Justice Davis, who did “not call into question the dedication or even the expertise” of the law firm, acknowledged that the lawyers “took a huge risk in taking” the case, and did a “remarkable job,” devoting nearly 3,500 hours to the case, with another 800 hours projected to deal with the adjudication process.

But the law firm could have been more transparent with the class over its fees, held Justice Davis, pointing to the Code which stipulates that lawyers must charge “fair and reasonable” fees and disbursements as well as provide to clients in a timely manner “useful” information and explanations to clients regarding financial terms. In this case, the fee agreement stipulated that class members consented to provide 25 per cent of the total amount received either by settlement or judgment. Yet it also appears that the law firm told one of the members of the class that it would be charging an hourly rate of $250, and not the $400 hourly rate it sought before the court. At an hourly rate of $250, the law firm’s investment in the case would have amounted to $870,000 (and $1.1 million with the additional 800 hours), leading to a premium of nearly $6 million. The law firm then proposed a new fee, which included a premium that would amount to more than $5 million.

“The Court finds that these fees are excessive and, above all, that they are not in the interest of the members,” held Justice Davis in A.B. c. Clercs de Saint-Viateur du Canada, 2022 QCCS 2484, issued on July 4. Justice Davis concluded that “there is a presumption of good faith that the parties will meet to agree on reasonable fees” and submit them to the Court so that members can receive their entitlements.

“Clearly what this case illustrates is that lawyers have to be mindful of what it is they tell their clients, and that is true even in the class action setting,” said Finn. “The representative plaintiff and other class members who seek information from counsel are entitled to receive that information. They are clients, as much as a client in a regular litigation context. So what lawyers tell their clients matters, and that is particularly true when it comes to fees.”

In Association québécoise de lutte contre la pollution atmosphérique c. Groupe Volkswagen du Canada inc., 2022 QCCS 2186, Justice Dumais issued harsh words after a showdown over legal fees erupted between lawyers, “shooting each other in the foot, without regard for the (class) representative.” Justice Dumais added that “the class action industry, for that is what it has become, must realize that there are limits and not lose sight of its raison d’être.”

But plaintiff class action lawyers maintain contingency fee arrangements that amount to on average between 20 and 25 per cent of the settlement are necessary due to the risks that they assume when they take on a class action.

“There are some of these cases for which we have nothing, except the very parsimonious help from the class action proceedings fund,” said Normand Painchaud, a Montreal class action lawyer with Sylvestre Painchaud et Associés.

“If we lose and we often lose, we have nothing. And so there is the fact that we finance. We take a risk and that risk has to be taken into account and that funding has to be taken into account when it’s time to approve our fees. You have to call a spade a spade — it is an industry. It is a business model. It’s a way of practising law and getting paid for it, and it works.” 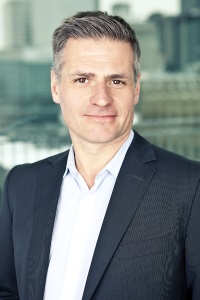 Johnston concurs but adds that the risk should be assessed in terms of when the action was launched, and not when it’s wrapped up when it might appear “obvious” that it would have led to a winning result. “There’s nothing obvious until you win,” said Johnston, who has had to in the past mortgage “everything we own and sell our assets” to keep operating. “Clearly there’s a different relationship from the typical lawyer-client relationship because of the economic stakes. The economic interest of the lawyers is higher than that of their client and this dictates to a certain extent the power relations. Except that is what the legislator had foreseen.”

The Quebec Ministry of Justice announced last year that it was launching a public consultation campaign over potential class action reforms, particularly with regards to delays, class action certification and plaintiff’s legal fees.

A 2019 report commissioned by the Ministry written by Université de Montréal law professor Catherine Piché calls for a more critical look at plaintiff’s legal fees. Courts give too much weight to the risk factor and not enough to the hours actually worked, according to Piché. Instead, Piché suggests a formula that multiplies the number of hours worked by the lawyer’s hourly rate, coupled with a factor that takes into account risk.

Another possibility is to amend the Quebec Code of Civil Procedure to include the possibility of having “a friend of the court,” or a third party that would help the court to determine legal fees.