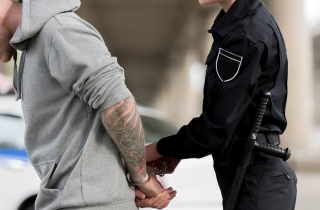 When the Canadian Charter of Rights and Freedoms was introduced in 1982, a favourite topic amongst academics concerned how much emphasis should be given to individual rights as opposed to public rights. Now, 40 years later, the discussion still rages. On May 30, 2022, the Alberta Court of Appeal again grappled with this thorny issue. The case decided was R. v. Julom 2022 ABCA 198.

Nobody would disagree that the public has a right to ask for police protection from people who commit crime. On the other hand, individuals have the right to go about their affairs without inordinate police interference. It was this competition of rights that the Alberta Court of Appeal was called upon to resolve.

It was in the early morning hours of Aug. 15, 2019, that Calgary police were patrolling what was regarded as a high crime area known for, as the judgment points out, “a large homeless population, panhandling, drug use” and where, a week before, a homeless person had been shot. Police observed a man, later identified as Mark Angelo Julom, riding a black BMX bicycle in a well-lit parking lot. It was 2 a.m.; Julom’s face was covered by a balaclava. The bike had no lights.

As police approached Julom, he got off his bicycle and made his way over a six-foot wall containing a dumpster in the rear of a restaurant. Police called out, “Now you’re trapped. That wasn’t the best move. Come out and have a chat with us.”

Julom leapt over the wall again and tried to flee on foot. Once tackled to the ground, police administered a pat-down search “incidental to arrest” and felt an object that later proved to be an illegal handgun with serial numbers obliterated and a quantity of cash.

While much of the judgment deals with whether Julom had been given his rights to counsel, either immediately or later at the police station, the Appeal Court discussion on what constitutes a valid arrest and should the evidence of the gun be made inadmissible sets the stage for the public vs. private rights argument.

Julom’s argument was that the arrest was unlawful. It was made without statutory authority. He had been arbitrarily detained back at the dumpster, and he had a right to walk away from police. To the point when he was tackled, police had no reasonable and probable grounds to effect an arrest.

The key in the judgment that signals how the Court of Appeal would decide the case begins at paragraph 45 that reads in part as follows: “But we have no basis to assume in this case that the fact of curious police officers visible in a troubled neighbourhood amounted itself to detention in law, let alone state oppression. Lawfulness is a conclusion of law, but it very much depends on what happened.”

What happened in this case, the court found, was that Julom had violated provincial road safety legislation by riding his bike without lights. The police officers were justified in arresting him. In so finding, the Appeal Court relied on R. v. Moore [1979] 1 S.C.R. 195 as establishing the validity of a police officer’s power to enforce the law and stopping a cyclist even if only to issue a ticket.

The use of a provincial statute requiring bicycles to have lights, the court held, was a valid basis for an arrest even though the police had argued at trial that the taking down of the suspect was permissible based on the belief that entering the dumpster enclosure was an act of trespass even though no signs prohibited entry to private property.

Julom’s conviction on the weapons charge was upheld and the evidence obtained from the search incidental to arrest was admissible. To achieve this result, the court used pre-Charter case law.

Counsel in criminal cases try very hard to have a court uphold the liberty interests of their clients. Sometimes, the arguments are test cases brought to carve out new and unexplored interpretations of the law. But these are always tough cases. Expanding rights that may put group rights in jeopardy is often extremely difficult. Excluding evidence to let a criminal walk free, it is always feared, is putting the administration of justice into disrepute.