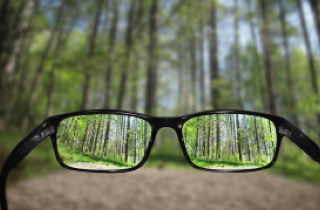 When we use the idiom “cannot see the forest for the trees,” we are saying that there is an inability to grasp the big picture due to inordinate concentration on details. In criminal trials, the Crown paints the “big picture” by presenting individual pieces of evidence, “the trees.” When the evidence is looked at as a whole, a judge should be able to make out “the forest” beyond reasonable doubt.

Sometimes, when a judge overanalyzes specific pieces of evidence, it becomes impossible to discern “the big picture.” An injustice can result. A case in point is the Newfoundland and Labrador acquittal of Neila Blanchard (R. v. Blanchard [2019] N.J. No. 364).

On Sept. 11, 2017, Blanchard was driving her red 2007 Honda CRV along a main street in the community of Cow Head. Her vehicle left the highway, mounted the curb, hit a sandwich board sign and came into contact with 17-year-old Justin Hynes who was walking on the sidewalk going to school. The front of the Blanchard vehicle was dented; there was a damaged windshield. Red paint chips, similar to missing paint on the Honda’s hood, were found on the grass. Tire marks similar to the impressions the 2007 Honda would make were also discovered. Hynes’ body was found up the street with his head lying in a pool of blood. Police charged Blanchard with dangerous driving causing death.

The prosecution presented its case thoroughly. It called several witnesses who indicated the Blanchard vehicle was travelling at a high rate of speed when it crashed into the sandwich board and ultimately into Hynes. No doubt the Crown considered that its main witness, RCMP Sgt. Oliver Whiffen, was the expert it needed to prove its case. Whiffen was qualified as an expert and his expertise as an accident reconstructionist went unchallenged. He deduced that the Hynes boy had been struck from behind by the Honda and in a “wrap trajectory” hit his head on the windshield and was propelled up the street. The car according to scientific calculation was travelling at 74 kilometres per hour.

None of this was convincing to the trial judge. She took particular objection to the evidence proffered by Whiffen saying he was unqualified to make his comments especially as they relate to the wrap trajectory and speed. There was no expert evidence matching the paint chips with the Honda or proof that the tread marks were made by the Blanchard vehicle. The accused was acquitted. The Crown appealed.

The appeal was heard on May 13, 2021, but the unanimous three-judge panel was not rendered until March 8, 2022. The acquittal was set aside and a new trial ordered. The reasons for the appellate decision are set out in R. v. Blanchard 2022 NLCA 15. The judgment is essentially a lesson on evidence and how it is to be received.

Justice Lois Hoegg, writing for the court, is critical of the trial judge for looking at each piece of evidence and discerning if it was proof beyond a reasonable doubt. The trial judge’s concern on the minutiae of the evidence overlooked the principle laid out long ago by Justice Robert Taschereau in Cote v. The King  [1941] S.C.J. No. 49 where it was pointed out that it is only when all the facts have to be taken together to establish the proof that a crime was committed.

The court was most critical of the trial judge’s rejection of Whiffen’s opinions. There had been no objection to his being qualified as an expert. He was presented as a witness with specialized knowledge that is beyond the experience and knowledge of the trier of fact. In Blanchard’s case, no objection was made to his testifying beyond his expertise and a judge should be very slow to discount expert evidence unless it is subjected to objection and argument.

The fatal mistake in the judge’s acquittal of Blanchard was that she was too caught up examining the evidence by requiring each trivial piece to show guilt beyond a reasonable doubt rather than assessing the big picture. It was a case of her not being able to see the forest for the trees.