Ruling a lesson for police when handling those speaking other languages: counsel

A ruling out of P.E.I. is a wakeup call for police to be diligent when dealing with those who primarily speak a foreign language, says the lawyer of a Ukrainian woman whose conviction for not completing a roadside breath test was quashed because officers failed to ensure she understood their commands.

The July 15 Prince Edward Island Court of Appeal’s decision in R. v. Polusmiak, 2022 PECA 8 revolved around the arrest and detainment of Vira Polusmiak, a permanent resident who immigrated to Canada from Ukraine in 2017, at age 45.

At issue before the court was whether police did enough to ensure Polusmiak understood their instructions when they attempted to give her a breath screening after responding to a car wreck in the capital Charlottetown.

According to the written appeal decision, it was in June 2019 that Polusmiak was involved in a “single vehicle accident.” Police arrived, followed by paramedics. An officer asked Polusmiak for her driver’s licence, registration and insurance, to which Polusmiak produced two service centre receipts. When the officer asked again, she gave him her owner’s manual.

An ambulance attendant noted there was “some sort of barrier” and that Polusmiak was unable to properly give her address, phone number or next of kin. A second attendant said there “was difficulty understanding” and noted “an obvious accent.”

Suspecting possible drunk driving, police demanded Polusmiak provide a roadside breath sample — also known as an ASD demand. She made several failed attempts after being given instructions and told to “blow, blow, blow.” Another officer’s demonstration of how to do it also proved futile. This lasted around a half hour.

In the end, Polusmiak, who works as a hotel housekeeper, was read her rights, charged with refusal to complete the test and told she had a right to a lawyer. When asked if she understood, Polusmiak said yes. Neither officer asked Polusmiak what her mother tongue was, although one said she “may have said she was from Russia.”

She was taken to the Provincial Correctional Centre, even though she “made it clear to [an arresting officer] … that she wanted to go home to her husband.” Also, the officer knew Polusmiak lived just around the corner from where the accident occurred.

Polusmiak was held in custody for eight hours before being released.

The appeal decision notes early on that Polusmiak was born in Ukraine and grew up speaking that language. Her English was described by her employer as “basic” and “limited.”

Polusmiak’s trial took place in provincial court with the aid of a translator. She was found guilty and was later unsuccessful at having P.E.I.’s Summary Conviction Appeal Court overturn the ruling.

She launched a Charter challenge with the Court of Appeal, taking issue with “the manner in which police investigate individuals with language barriers and the use of overhold detention during impaired driving investigations.”

The Appeal Court found the issues raised by Polusmiak to “have significance to the administration of justice beyond the circumstances of this case.”

“While the police in this case were loathe to admit it, on any fair reading of the evidence there can be no doubt that Polusmiak was struggling to understand,” wrote Justice Mitchell, adding that “police knew or ought to have known that fact.”

“The very fact that in order to communicate the ASD demand the police found it necessary to take some rather unusual steps such as: reading the demand more slowly; communicating with exaggerated gestures; having one officer demonstrate the device … and having another officer demonstrate by blowing on Polusmiak’s hand to show the force necessary, leads one to the inexorable conclusion that Polusmiak was having difficulty understanding.”

He found that in situations where such “unique or special circumstances exist,” there is an “obligation on the police to take further reasonable steps to ascertain and ensure the individual’s constitutional rights are understood.”

“During the 20th century Prince Edward Island was almost exclusively white, Anglo-Saxon, Acadian, Catholic, Protestant with a small Indigenous population. It was a rare and exotic occurrence indeed to hear a language other than English or French spoken. Times have changed." 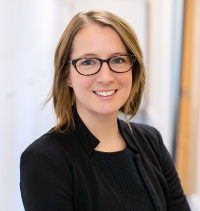 (The spokesperson said updated language information will be released in August, as part of the 2021 Census.)

“With this case, we really saw the Court of Appeal take a strong stance by demanding the criminal justice system must be mindful and sensitive to the cultural and linguistic environment within which it exists. Failure to do so could prejudice those who are inherently more vulnerable, which in this case represented a newcomer to Canada,” said Gomez, a lawyer with McInnes Cooper.

Gomez called it “an opportunity for police forces in any municipality to revisit their practices.”

“This case serves as a reminder that we live in a cultural mosaic. The Charter applies to all equally, and in order for police to ensure that they are being as Charter compliant as possible, I think it involves reflection on an ongoing basis.”

The Crown involved in the appeal did not return a request for comment.