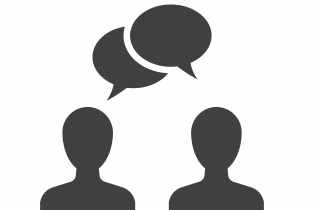 It would have been enlightening to read the Ontario Court of Appeal’s decision in a case where the defence of “suicide pact” was raised. Indeed, defence counsel at the appeal cited judicial misdirection when a trial judge in Windsor, Ont., charged a jury on the elements of such a defence. Counsel defending the accused did not know at the time of the trial that there was something more serious with the conduct of the trial than a misstatement by the judge.

Andrew Cowan had spent an October 2012 evening drinking beer and gambling at Casino Windsor with his friend Ed Witt. Witt lost about $5,500. The men were drunk and disheartened with the way the day had gone. So much so that when Cowan was driving away from the casino with Witt in the passenger seat, Cowan texted a friend who he dated in the past: “Ed and I are considering suicide tonight. Just want you to know I loved you, Tell my brother he’s the executor at Heinz. See you in heaven, babe,” Later, at about 1:40 a.m. on Oct. 21, near Leamington, Cowan speeded up to 154 kilometres per hour, ascended a steep embankment, and crashed his truck into the second floor of a building. Witt was killed; Cowan suffered serious brain injury. Cowan was charged with first-degree murder.

The jury returned a verdict of guilty of second-degree murder. Cowan was sentenced to life imprisonment with no eligibility for parole until he had served 10 years.

There was such a serious reasonable apprehension of bias that the Ontario Court of Appeal set aside the verdict and ordered a new trial (R. v. Cowan 2022 ONCA 432). The conduct was so outrageous that the court declined to comment on four other grounds for appeal raised by the defence.

The Supreme Court of Canada stated in R. v. Stinchcombe [1991] 3 S.C.R. 326 that the interests of justice require “a general duty to disclose all relevant information.” The duty of Crown counsel is not to “win.” Rather the Crown has “a constitutional obligation to act independently of partisan concerns and other improper motive.” (R. v. Cawthorne 2016 SCC 32)

It is sometimes said that the aim of the criminal justice system is to repair the social fabric ripped by the commission of crime. Trials are an expense we as taxpayers must endure to see that justice is done. A new trial will be an emotional burden on the accused who must be forced to endure painful memories. The Court of Appeal was right in ordering a new trial almost 10 years after the fatal accident. It will be at great cost to the taxpayer and emotionally upsetting to the accused. The taxpayer and the accused become the new victims of the disgraceful conduct of a judge and a prosecutor.

In tort law, damages are awarded to put the wronged party back into the position, so far as money can do it, he or she would have been if the wrong never happened. We are dealing with criminal law. Is a five-day suspension without pay for one of the perpetrators sufficient to right the wrong?