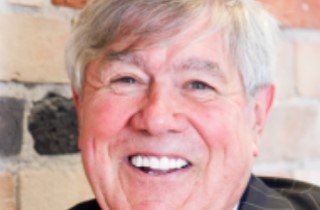 A major energy company has been dealt a blow in its fight against how its gas pipelines are assessed for property tax in Ontario, with a court saying provincial legislation allows for properties to be assessed beyond their current value.

TransCanada Pipelines Ltd. was challenging the validity of the regulation under the provincial Assessment Act that sets out a formula for assessing the value of pipelines in Ontario, arguing it was inconsistent with s. 19 of the Act, which says that a land’s assessment “shall be based on its current value.” In 2016, the Municipal Property Assessment Corporation (MPAC) assessed TransCanada’s pipelines as having a value of approximately $1.74 billion using the formula, but an expert from TransCanada said the market value of pipelines was only $592 million that year.

But the provincial Ministry of Finance and MPAC said the purpose of the Act is broader than what TransCanada suggested — it is meant to simply assess and tax real property in Ontario, and the minister has the authority to define different methods of assessment for different categories of property. The Ministry noted the Act contains different methods for assessing different types of real property, with only some methods are based on current value, and thus its purpose cannot be to assess all real property based only on current market value.

And Justice Breese Davies, writing for a three-judge panel of the Ontario Superior Court of Justice’s Divisional Court, dismissed TransCanada’s application. She ruled the purpose of the Act is to provide for the assessment and taxation of property in Ontario, and the formula used for assessing pipelines is consistent with that purpose (TransCanada Pipelines Ltd. v. Ontario (Minister of Finance) 2022 ONSC 4432).

“But even if the purpose of the Assessment Act were to assess property based on current value, I find [it] expressly authorizes the Minister [of Finance] to make regulations providing an alternate method for valuing pipelines,” she wrote. “The formula-setting provisions are, therefore, valid.” 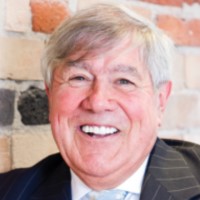 Jack Walker of Walker Longo & Associates said he felt TransCanada’s argument was a “huge longshot” because of the numerous regulations in the Assessment Act which spell out different levels of classification for things like telephone lines and utilities.

“TransCanada tried to give a limited version of what the Act did, and anything different from that was a deviation. But for 150 years the whole Act has been premised on regulations too,” said Walker, who was not involved in the case. “If you look at some sections of the Act, for example those dealing with hydroelectric power stations, they are basically assessing properties.”

If TransCanada had won the impact on property tax assessment would have been “dynamic,” said Walker.

“A lot of other types of properties would be thrown out of kilter, and you would have had to redo the applications and start assessing again,” he said. “There would have been chaos in the whole assessment area.”

A spokesperson for the Ontario Ministry of Finance said in an e-mail that it would be inappropriate to comment on the decision because it was still within the appeal period. Counsel for TransCanada did not respond to a request for comment.