A B.C. expert panel has provided a suite of recommendations on how to deal with the twin phenomena of “prolific offending” and unprovoked violent stranger attacks in the province, which call for increased mental health and community support to help people break out of the cycle they have found themselves in. But legal experts are flagging a recommendation that calls for detention for some individuals which has the potential to raise constitutional concerns.

Communities throughout B.C. have been dealing with an increase in prolific offending — criminal activity from a small group of people who are disproportionately committing petty crimes in neighbourhoods — as well as unprovoked violent stranger attacks. As a result, the province hired Amanda Butler and Doug LePard, experts in mental health and policing, to provide a rapid, independent analysis of the public-safety challenges communities are facing and recommend evidence-based solutions.

“Everyone deserves to feel safe in their communities,” said B.C.’s Minister of Public Safety and solicitor general Mike Farnworth. “Our government shares British Columbians’ frustration and concerns about repeat offending, and we are grateful to Dr. Amanda Butler and Doug LePard for their hard work. These recommendations build on work that we already have underway and are already helping us identify further next steps we can take quickly to keep communities safe.”

According to the authors, the term “prolific offender” was historically used to refer to a relatively small and stable group of people engaged in somewhat skilful and planned repeated property crimes, but in recent years it has been used much more broadly to include people who are street entrenched, often living with severe mental health and substance use needs, who are engaged in increasingly aggressive theft and petty crime. They also said the COVID-19 pandemic, and the public health measures to control it, have had devastatingly negative impacts on British Columbians.

“Research shows that the pandemic has worsened mental health and contributed to loneliness, substance use, suicide, disruptions in care, and financial difficulties,” the authors wrote. “Importantly, the pandemic has disproportionately impacted those who are underserved, marginalized and already living with the fewest resources.”

To that end, the authors have provided a number of recommendations aimed at keeping people and communities safe, while also connecting people who have been committing repeat offences with the supports they need to break out of that cycle. The investigation makes recommendations in several areas, such as continuing to invest in civilian-led, non-police mental health crisis response teams; the creation of crisis response and stabilization centres which would offer B.C. communities access to high-quality mental health and substance use care; and ensuring every provincial court be assigned a dedicated forensic psychiatric nurse, or health professional with the relevant forensic psychiatric training.

“[The recommendations] will support meaningful, long-lasting change, and offer some opportunities for shorter-term actions, so we can make our communities safer and connect repeat offenders with the mental health, addictions, social and housing supports they need to break the cycle of offending,” said Attorney General Murray Rankin.

The authors also emphasized the fact that their report was done rapidly and there was more work to be done, recommending further research, such as asking the B.C. Prosecution Service to conduct an internal review as to the potential for increasing the use of “therapeutic bail” orders for people with mental health and substance use needs and establishing an independent review to identify the resource gaps in the forensic mental health system that need to be addressed to ensure there is adequate capacity for fitness and not criminally responsible on account of mental disorder (NCRMD) assessments. Further consultation with Indigenous Peoples was also identified as an essential next step.

Neil Boyd, professor emeritus at Simon Fraser University’s school of criminology, said the prolific offenders identified in the report are people who are not going to be in jail very long for the crimes they have committed.

“Given the nature of their crimes of these prolific offenders you have established sentencing metrics,” he said. “So, the alternative that people have mentioned — let’s lock them up for a very long period of time — is not practical either in terms of costs or in terms of the logic of sentencing.” 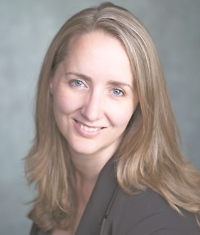 Michelle Lawrence, an associate professor at the University of Victoria faculty of law and director of the school’s Access to Justice Centre of Excellence, said one thing that stood out for her as part of the recommendations is the theme that both problems and solutions are at the intersection of law, health and social services.

“We see a very clear acknowledgment that the criminal activity by these offenders can be viewed as a symptom of the systemic disadvantage, and [the authors] flag things like poverty, housing insecurity, food insecurity and the like,” said Lawrence, who was consulted as part of Butler and LePard’s study. “So, by framing the problem in that way again it is natural that their solutions would call for changes across disciplines and more co-ordination between different sectors like justice, health and social services — and for me that is exactly what is needed.”

But one recommendation that observers have pointed out as being potentially problematic calls for the province to create low secure units for individuals with complex mental health and substance abuse needs who present a high risk of harm to others and need the safety of a secure setting. The units would be for people who are not appropriate for forensic care but whose needs exceed the structural design and capacity of an open in-patient hospital unit, which would be designed to provide intensive rehabilitation as well as social, housing, education and employment services.

Debra Parkes, professor and chair in feminist legal studies at the University of British Columbia school of law, said it is understandable that community members are concerned after seeing high profile incidents of violence, but those are social problems “that we are not going to imprison our way out of.” She noted British Columbia is already facing a constitutional challenge over the use of involuntary detention under its Mental Health Act.

“The evidence just simply isn’t there for expanding involuntary committal and treatment, and the idea that we are treating people for substance abuse when they are not ready to do that it is not an evidence-based response,” she said. “The research does not show that that is going to be productive, but it certainly is appealing to people who are concerned about both overdose and drug poisoning deaths in our community and the kind of other social problems that seem to go along with some of the problematic substance use that we can see.”

Lawrence said the idea of preventative detention sets off alarm bells from a civil liberties perspective.

“So, one of the challenges ahead is how to we achieve this in compliance with the Charter,” she said. “Do you hold an individual who is refusing to consent to treatment? Do you say that you will allow a substitute decision maker? We are going to have to study these issues.”

The province said it is working through the recommendations with is partners, which include the First Nations Justice Council (BCFNJC), B.C. Urban Mayors’ Caucus and the B.C. Prosecution Service. Butler and LePard’s full report is expected to be released soon.