Chief Justice of Canada Richard Wagner has hired Stéphanie Bachand as the Supreme Court of Canada’s executive legal officer (ELO) and “chief of staff,” succeeding Renée Thériault, who was named on Oct. 11 to Quebec Superior Court after a successful four-year stint as the principal adviser to Canada’s top judge.

“Madame Bachand is an accomplished jurist,” Chief Justice Wagner said in announcing the appointment of the trilingual (French, English, Spanish) ex-litigator with Norton Rose Fulbright, who has more than 15 years’ experience in Canada and abroad, including as a diplomat at Global Affairs Canada, and as a chief of staff and senior adviser to top executives in the federal public service.

“I am delighted she has agreed to serve in this key role and to devote her skills and experience to the court and the proper administration of justice,” the chief justice said Oct. 11, the same day Thériault was appointed to the bench by federal Justice Minister David Lametti. 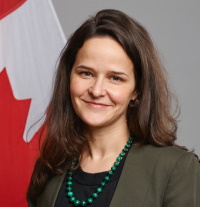 The post of ELO at the Supreme Court of Canada — which now also exists in a number of lower courts — involves supporting the chief justice in administering the top court and as head of the federal judiciary. She assists the chief justice of Canada in his roles as chair of the Canadian Judicial Council, the board of governors of the National Judicial Institute and the advisory council for the Order of Canada. She is also responsible for the top court’s media relations, in addition to supporting the court’s international relations, and carrying out any other duties assigned by the chief justice.

The Supreme Court told The Lawyer’s Daily the addition, for the first time, of “chief of staff” to the ELO’s title aims to better reflect the present nature of that role.

Bachand’s resumé reveals a taste for adventure, including experiences snowboarding in the Himalayas, surfing and scuba diving in Bali, and trekking to Mount Everest’s base camp. World travel has taken Bachand to more than 30 countries, with extended work/study stays in Chile, Costa Rica, England, France, Guatemala, Honduras, India and Lithuania.

A member of the Quebec bar since 2010, Bachand has top secret clearance, and holds civil and common law degrees earned from McGill University in 2009, and a bachelor of science in international studies from the Universite de Montreal, her resumé indicates.

Over the last six years at Global Affairs Canada, she had several posts, including as deputy director of human rights and Indigenous affairs policy where she led a team of policy analysts that provided strategic advice on Canada’s international human rights priorities, including the promotion of the rights of women, children, persons with disabilities and human rights defenders, as well as on the prohibition of torture, arbitrary detention and the death penalty.

Latterly Bachand was first secretary (Francophonie) at Canada’s embassy in France and political affairs counsel to the ambassador on high-level bilateral priorities, including collaborating with French officials to create an international group of experts on artificial intelligence.

At the federal Treasury Board from 2014 to 2016, Bachand’s roles included chief of staff to the associate secretary and providing advice on implementing Ottawa’s priorities, including the resettlement of refugees from Syria, major military procurements, digital transformation and proposed new policies and regulations. 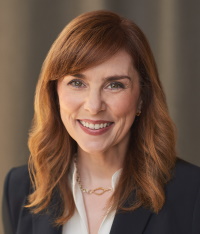 At Norton Rose Fulbright from 2010 to 2014, Bachand provided legal advice on a broad range of complex issues including with respect to commercial and investment disputes, civil liability, regulatory compliance, anti-corruption, competition and environmental law.

As well, she represented clients before courts and arbitral tribunals, served as secretary to arbitral tribunals under the International Chamber of Commerce rules of arbitration, and as counsel in cases before the Permanent Court of Arbitration, the International Centre for Settlement of Investment Disputes and all court levels, including the Supreme Court of Canada.

Her pro bono activities included legal work for Lawyers Without Borders Canada, such as giving legal advice with respect to the violation of the human rights of Indigenous people in Guatemala.

Bachand clerked at the Quebec Superior Court in 2008-09.

Chief Justice Wagner expressed gratitude for Justice Thériault’s “outstanding contribution to the court, the Canadian Judicial Council, the National Judicial Institute and the Action Committee on Court Operations in Response to COVID-19.”

“Justice Thériault has carried out her duties with great professionalism and dedication, contributing to strategic initiatives to ensure the full independence of the court and increase its efficiency and transparency,” the chief justice said.