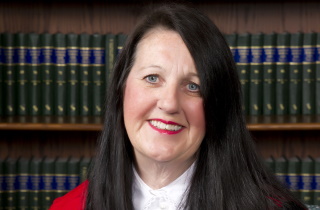 A top judge in Manitoba is hopeful her court will soon return to far-off Shamattawa.

On Nov. 9, it was announced by Manitoba Provincial Court Chief Judge Margaret Wiebe that the court she heads had pulled out of Shamattawa First Nation, a poor and remote Indigenous reserve on the northeastern edge of the province.

Shamattawa, located around 740 kilometres from Winnipeg, is currently in crisis when it comes to a lack of utilities in a number of its buildings — water and heat, specifically. 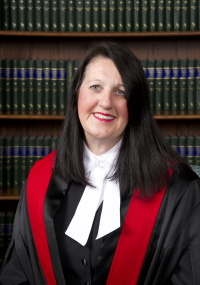 It was for this reason the court, unable to find a suitable building in which to sit, was forced to leave the community “for the foreseeable future” and move all Shamattawa matters to the city of Thompson, around 360 kms to the west.

The problem this causes is obvious: People in Shamattawa with matters before the court — out-of-custody accused people, especially — potentially have to make the expensive trip to appear in transplanted court in Thompson.

According to a recently updated federal government profile page, Shamattawa, which has been subject to a long-term boil water advisory since late 2019, is home to 1,425 and is “only accessible by air or winter road.”

A roundtrip flight from Shamattawa to Thompson reportedly costs more than $1,000 — too steep a price for many on the reserve.

Chief Judge Wiebe confirmed for The Lawyer’s Daily that the court has not sat in Shamattawa since Aug. 8.

She called the decision to leave a “difficult” one.

“We didn’t have a facility that was suitable to sit in,” she said. “They’ve been struggling for some time and there’s no running water in the facility that they were going to put us in. … You have to understand that people are being transported from in-custody correctional facilities, on a plane, to a place where they sit all day long, waiting for matters, and if you have no running water — no bathroom — it’s just not functional to be able to do that. And it’s not like there are other alternatives to really go to in Shamattawa. Shamattawa is a fairly poor community, so it’s very difficult.”

This is why the court will, at least for now, lean on telephone hearings whenever possible.

“We, the court, have no money, no budget, so there’s nothing we can do in those circumstances. But I would expect that we will get requests from people to appear by telephone from Shamattawa, and we will be in touch with the community to see if we can set something up at the band office, or the RCMP … to see if we can have a phone available to go there on the days of court so we can at least speak to the matters.”

But telephone will not always be a viable solution.

“The reality is we are not going to be able to do an out-of-custody trial for those significant hearings by telephone — it just will not work — so I expect that many of those matters, there will be requests for adjournments of those matters, and those will be dealt with by the presiding judge. But all of these circumstances are going to be taken into account. We’re alive to those issues. It is our hope that this is going to be a short-term issue, and so if something has to be adjourned for a couple of months while they get this problem solved, then I expect that’s likely that is what is going to happen.”

As for why Chief Judge Wiebe waited three months to announce the pullout, she said the court wanted to be in a standby position should the utilities be repaired.

“I can tell you we did work with the community for a long time, trying to resolve it.”

In a bid to stay in Shamattawa, the court sat in the local school during this past summer break.

“But then we couldn’t sit in the school when people were returning to school because I’m sure you can appreciate it’s not appropriate to have accused people around children when they are going to school. We were also sitting in the daycare a few times. And, again, that’s not an appropriate place to sit. We were putting the kids out of daycare, number one, and it’s a very tiny room; it’s not set up for court. You [have] a number of in-custody accused. It’s just not workable.”

The court, she said, is in touch with the community as to the status of its utilities. She also noted federal government jurisdiction when it comes to issues raced by reservations.

When asked for comment, Indigenous Services Canada acknowledged the issues.

“Indigenous Services Canada is working with Shamattawa First Nation leadership to address the facility issues, and help arrange for a contractor to be in the community during the third week of November to fix the heat in the band office,” said spokesperson Jennifer Cooper in an email. “Technicians with the Manitoba First Nation Water and Wastewater Instructors Program are also heading to Shamattawa to determine the cause of water issues and assist with repairs.”

Chief Judge Wiebe remains confident her Provincial Court will once again have a physical presence in Shamattawa.

“I remain optimistic because they are actively working on it, and I do understand they are working with the [federal government] to resolve the problem. The issue, as I understand it, it’s not just affecting court. … They’ve had a boil-water advisory in place since 2019. So, I think it’s a larger community issue as well, so I think that there is some urgency to having it resolved. I remain optimistic that we will be able to get back to Shamattawa —  I’m hoping in the next few months. We want to be there. … We’re a community court. We travel to them, and it’s important for their community to have us come in.”

Requests for comment from Shamattawa Chief Jordna Hill were not returned.

According to Statistics Canada’s Census for 2016, the average income for an “Aboriginal” household on the reserve was just over $51,000. Spokesperson Carter Mann confirmed that similar statistics are not available in the 2021 Census because “[d]welling enumeration could not be completed.”

In 2021, Shamattawa was one of 63 “census subdivisions defined as reserves and settlements” that were “incompletely enumerated.” Reasons for this, Mann said, could include evacuations because of occurrences such as forest fires, or access restrictions due to COVID-19.

Shamattawa was hit hard by the pandemic — so hard, Canada’s military was deployed in December 2020 to assist the community.