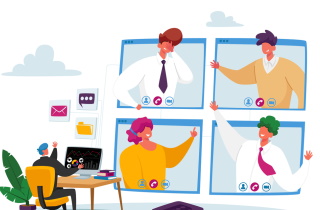 Much to the relief of many employers, in 2022 pandemic concerns slowly gave way to other workplace issues. This past year the Ontario Court of Appeal dominated the employment law sphere, issuing a number of significant decisions which changed the landscape for both employers and their employees. The following is the second half of this two-part article on the top five Ontario employment law decisions of 2022, the Court of Appeal edition (with one important lower court decision).

In Lake v. La Presse 2022 ONCA 742 the Court of Appeal addressed employees’ obligation to mitigate their damages after termination of employment. A management employee’s employment was terminated by the employer without cause after five years of service. At the Superior Court of Justice, on a motion, the judge fixed the reasonable notice period at eight months but reduced the notice period by two months due to the employee’s failure to take reasonable steps to mitigate her damages.

Specifically, the judge found that the employee’s prospects of landing alternate employment were reduced because she waited too long to begin looking for work, that she “aimed too high” in her applications and ought to have applied for less senior roles as her unemployment persisted, and that she did not apply to many jobs. The trial judge further noted that although there was no evidence of the existence of other positions that the employee ought to have applied for, it was reasonable to assume that other positions existed.

Damages for bad faith in manner of dismissal

Damages for bad faith in the manner of dismissal gained steam in 2022. In Pohl v. Hudson’s Bay Company 2022 ONSC 5230, the plaintiff was terminated without cause after 28 years of service. He was a sales manager at the time. When his employment was terminated, the plaintiff was offered 40 weeks of notice and continued employment as an associate lead. The continued employment was offered with a number of conditions, including the requirement that the plaintiff relinquish his common law entitlement to reasonable notice, a demotion, a reduction in pay and a possible reduction in hours with no guarantee of minimum hours. The plaintiff declined to accept the offer and sued for wrongful dismissal.

Aside from the offer of continued employment, the conduct of the employer in this case is conduct which many employers engage in as a matter of practice, making this decision an important one for all employers to be aware of.

This is part two of a two-part series. Part one: Top 5 Ontario employment law decisions of 2022.

Inna Koldorf is a partner in KPMG Law LLP’s employment and labour law group, where she advises employers on labour, employment and human rights issues.

The opinions expressed are those of the author and do not reflect the views of the author’s firm, its clients, The Lawyer’s Daily, LexisNexis Canada, or any of its or their respective affiliates. This article is for general information purposes and is not intended to be and should not be taken as legal advice.