In a unanimous ruling, the Ontario Court of Appeal set aside, as the Crown requested, two convictions of first-degree murder against a man who did not disclose his HIV-positive status with two women with whom he had unprotected sex and who later died of AIDS-related malignancies.

Ontario’s high court also acceded to the Crown’s unopposed request to substitute verdicts of manslaughter against Johnson Aziga, and sentenced him to life imprisonment on those verdicts in R. v. Aziga 2023 ONCA 12, released on Jan. 10.

“I agree with the parties that the trial judge misdirected the jury relating to the two murder convictions,” Justice David Paciocco wrote in his reasons, agreed to by Justices Peter Lauwers and Benjamin Zarnett.

“His charge effectively instructed jurors that they could convict based on findings about Mr. Aziga’s state of mind that are legally insufficient to prove the offence of murder.”

In April 2009, Aziga was convicted of the first-degree murder charges following a jury trial. In August 2011, now former Ontario Superior Court Justice Thomas Lofchik sentenced Aziga to the statutory minimum sentence of life without eligibility for parole for 25 years in R. v. Aziga 2011 ONSC 4592. He was also declared to be a dangerous offender and sentenced to an indeterminate period of incarceration on 11 aggravated sexual assault-based convictions.

“The shortcomings in the trial judge’s charge on the requisite state of mind for murder can best be explained with the assistance of an attempted murder case, R. v. Boone 2019 ONCA 652,” said Justice Paciocco.

“Although the mens rea for murder and attempted murder differ, convictions for both offences can be based on an intention to cause death, and in Boone, [Justice David] Doherty explained that intention to cause death can take on two forms, direct intention and ‘oblique intention.’ Direct intention exists if a person’s direct purpose in acting is to kill another. Oblique intention will exist if a person decides ‘to carry out some [other] purpose in the knowledge that killing is virtually certain to result.’”

“In this latter situation, the intention to kill is oblique because although the person does not desire the death of the victim, they have accepted that the death of the victim is a virtually certain consequence of their act. The culpable intention is therefore derived not from their purpose in acting, but from their knowledge of the consequences of acting, whether those consequences are desired or not,” Justice Paciocco wrote.

He said that in Boone, Justice Doherty “stressed that when basing a finding of intention to cause death on the accused’s knowledge of the risk of death, it is not enough that the accused knows that death ‘may flow’ or even will ‘probably flow’ from their act. Only knowledge by the accused that death is virtually certain to follow will make oblique intent ‘clearly compatible’ with direct intention, and therefore equally culpable with direct intention.”

“It follows that oblique intent is distinct from the alternative mens rea for murder provided for in s. 229(1)(a)(ii) of the Criminal Code, which is also based, at least in part, on knowledge of the risk of death,” said Justice Paciocco. “Section 229(1)(a)(ii) defines murder to include cases where a person who causes death intended to cause bodily harm that they know is likely to cause death and is reckless whether death ensues or not (what I will call, for convenience, “direct intention to cause life-threatening bodily harm”). Clearly, the risk of death that the accused foresees must be higher to support a conviction based on oblique intention than it needs to be to support a conviction based on a direct intention to cause life-threatening bodily harm.”

“This difference can be explained from the fact that, with the latter, the person directly intends to cause bodily harm, whereas the person convicted based on oblique intent does not set out to cause bodily harm, fatal or otherwise. As indicated, their culpability derives from their knowledge that by carrying out their purpose, whatever it may be, it is a virtual certainty that the victim will die,” Justice Paciocco wrote in his reasons.

“Fittingly, Boone established that, where the Crown relies on oblique intention to prove its case, the trial judge must instruct jurors on the law of oblique intention to properly equip them with the information needed to decide the case. This includes communicating to jurors that ‘they [can] only find the requisite intent based on the [accused]’s belief with respect to the consequence of death if they [are] satisfied that the [accused] believed that death was a virtual certainty.’”

He said that Aziga, who learned in 1996 that he was HIV-positive and who received counselling about the risk of transmission through unprotected sex and his legal obligation to disclose his status, could have been found guilty of murdering the two women “even if he did not have a direct intention to kill or cause life-threatening bodily harm via HIV infection; it would be enough if he had an oblique intention to kill [them].”

“Since the evidence did not suggest that Mr. Aziga had a direct intention to kill or to cause life-threatening bodily harm, the Crown’s focus during the prosecution was on Mr. Aziga’s knowledge of the risk of death — his oblique intention,” said Justice Paciocco.

“Given the Crown’s reliance at trial on oblique intention, the Crown concedes on appeal that the trial judge erred. I agree,” held Justice Paciocco, who noted a “further problem with the jury charge.”

“The trial judge gave jurors a direction commonly given in murder and attempted murder cases by telling them that they ‘may conclude as a matter of common sense that if a sane and sober person does something that has predictable consequences, that person usually intends or means to cause those consequences.’”

Justice Paciocco said that in Boone, Justice Doherty held that the trial judge’s use of a “common sense inference” instruction was “inappropriate and potentially misleading.”

In Boone, Justice Doherty wrote that it “indicate[d] that neither [HIV] infection as a result of the sexual activity, nor eventual death from infection [could] be accurately described as ‘natural and probable consequences.’”

What resulted in Aziga’s trial, according to Justice Paciocco, was that jurors were provided “with a path to conviction that is not available as a matter of law, inviting a finding of guilt on a mental state that is insufficient to support a murder conviction.”

He said that criminal defence lawyers Ingrid Grant and Jeff Marshman, with the Toronto firm, Grant & Marshman, who appeared before the Court of Appeal as amicus curiae correctly acknowledged the “overwhelming” evidence against Aziga that he committed aggravated sexual assault against the two women who died. “Nor is there any basis for questioning the jury’s finding that through these unlawful acts, Mr. Aziga caused [their] deaths,” Justice Paciocco said. “The foundation for the manslaughter convictions therefore remains.”

“His offences were of sufficient gravity, and he displayed sufficient blameworthiness, to justify the imposition of the maximum sentence for manslaughter,” held Justice Paciocco in dismissing Aziga’s sentence appeal. He said the “illegal conduct” that caused the death of both women was “reprehensible.”

“Mr. Aziga deceived these women for his own sexual gratification as part of a repeated pattern of conduct, being fully aware that he was putting their lives and health at serious risk, after refusing to take measures to reduce the danger he posed because of concerns for his own health. These women suffered horrible and despairing deaths because of his deplorable, self-regarding behaviour,” Justice Paciocco said in his reasons. “A life sentence is fit and required in the circumstances of both offences to express denunciation and deterrence, even bearing in mind the principles of restraint that apply in criminal sentencing.”

He also addressed a submission by HIV & AIDS Legal Clinic Ontario (HALCO) and the Canadian HIV/AIDS Legal Network, which appeared as interveners and urged the province’s top court to, as Justice Paciocco summarized, “instruct trial judges conducting murder trials arising from HIV transmission to give robust and comprehensive jury charges on the HIV-related medical evidence adduced in R. v. Mabior 2012 SCC 47. That evidence describes a low risk of transmission of HIV through vaginal intercourse.”

“The interveners also asked us to instruct trial judges to give jury instructions relating to the real stigma, privacy concerns, and mental health challenges that HIV-positive people face. In requesting that we do so, the interveners stress[ed] the need to combat widespread misconceptions about the risks of transmission and to provide a real-world context for understanding the pressures that lead to non-disclosure,” said Justice Paciocco.

“I do not wish to be taken as minimizing these important concerns, but I would not accept these submissions. First, it is unusual to direct trial judges to give instructions on factual matters not in evidence in the case at hand, and there is danger in doing so in this context, given the evolving nature of science. Second, as the Crown pointed out, the mens rea issues in a murder prosecution relate to the subjective state of mind of the accused, not the objective facts about the risks of transmission. Without evidence that objective facts reflect the state of belief of the accused, information about those objective facts would not assist jurors in making mens rea findings and could, in fact, be misleading.” 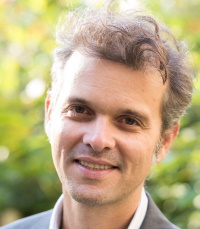 Ryan Peck, executive director and a lawyer with HALCO who appeared before the appellate court, said the ruling is “extremely disappointing that, given its reasons in this case, [the Ontario Court of Appeal] is prepared to allow a conviction for HIV non-disclosure even on the ‘extremely unlikely possibility of transmission’ that accompanies oral sex.”

The Court of Appeal also set aside the aggravated assault convictions against Aziga involving two of the complainants, since, as Justice Paciocco pointed out, “those convictions were based exclusively on allegations of unprotected oral penetration,” and he held that Justice Lofchik “materially misdirected the jury on the requirements for finding Mr. Aziga guilty of these charges.”

Peck said the decision “confirms how overly broad the law is and out of touch” with a 2018 international consensus statement of scientific experts.

It states that “the possibility of HIV transmission from oral sex performed on an HIV-positive person, including when the person does not have a low viral load and/or a condom is not used, varies from none to negligible depending on the context.”

“In fact, the risk of HIV transmission as a result of oral sex is so low that scientists have been unable to establish a statistically sound estimate,” said the statement.

“The few clinical studies investigating transmission through oral sex have failed to find any cases of HIV transmission.

“A study of heterosexual couples and a study of lesbian couples found no transmission resulting from oral sex. A third study involving men who have sex with men showed no seroconversions among participants who reported performing only fellatio (with ejaculation) on men who were HIV-positive or of unknown HIV status. A statistical model applied to these findings concluded that the per-contact risk from oral sex was between zero and 0.04 per cent (four in 10,000) and these values are used in some reports. Given the study found no seroconversions, the upper bound of 0.04 per cent can be understood as an upper boundary of possibility.”

Peck said that both HALCO and the HIV Legal Network “take the position that if courts are unwilling to limit the scope of HIV criminalization, it must fall to the federal government to put an end to the misuse of the law by engaging in Criminal Code reform. The path forward is clear, and is laid out” by the Canadian Coalition to Reform HIV Criminalization (CCRHC) last year in a community consensus statement “that calls for the removal of HIV-non disclosure from the reach of sexual assault laws and the limiting of prosecutions to actual, intentional transmission.”

Neither amicus nor Crown lawyer Christine Tier responded to a request for comment on Aziga.