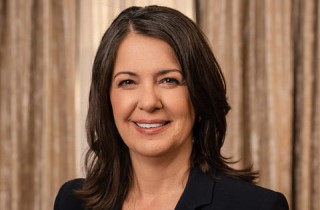 Alberta’s Justice Ministry is saying an internal review of emails has shown no evidence of contact between the premier’s office and the province’s Crown prosecution service over cases surrounding a blockade at a border crossing early last year.

The review was spurred by a report last week from CBC News which said that a staffer had sent a series of emails to the Alberta Crown Prosecution Service (ACPS) about its direction on court cases connected to the blockade in Coutts, Alta., which snarled traffic at a border crossing with the U.S. and was part of the Freedom Convoy protests.

The CBC said it has not actually seen the emails, but sources had told it the staffer sent the emails last fall and had criticized prosecutors’ assessment of the charges which had been laid and pushed back on characterizations of the protests.

The province said the review, which was conducted by the Public Service Commission and internal IT experts between Jan. 20 and 22, searched for any emails sent to or received by the “relevant” prosecutors and staff in the premier’s office over a four-month period.

“Almost a million incoming, outgoing, and deleted emails were reviewed,” the province said in a release. “No further review will be conducted unless additional evidence is brought forward.”

“‘Relevant prosecutors’ refers to prosecutors who worked on files related to the Coutts blockade or in the same office as those working on these files,” the spokesperson said. “The search was conducted on approximately 900 mailboxes. The names of those whose mailboxes were included in the investigation are confidential.” 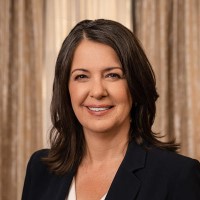 In a statement, Alberta Premier Danielle Smith said that she was “confident in the integrity and professionalism” of her staff.

“I have full faith that the public service conducted a thorough and comprehensive review. I would like to thank them for the seriousness with which they took this matter as well as their commitment to working non-stop over the past number days to provide Albertans with results to put their concerns to rest,” said Smith, who took over as premier from Jason Kenney last October. “An independent Crown prosecution service, free from political interference, is integral to the preservation of public confidence in the justice system.”

ACPS assistant deputy minister Kimberley Goddard said in a statement that the service has “fully co-operated with the independent and comprehensive review conducted by the non-partisan Alberta Public Service.”

“Continued suggestions of impropriety without evidence are not warranted,” she said. “This unsubstantiated speculation harms the reputation of the ACPS and does a disservice to the dedicated professionals of the ACPS who carry out their work with unwavering integrity. It is wrong to suggest the ACPS has been anything but ethical and appropriate in carrying out its duties.”

But the premier’s response elicited a cool reaction from opposition politicians, with the provincial NDP saying on Twitter that “only a fully independent investigation into Danielle Smith’s interference in criminal prosecutions can address the chaos she has created and her attempted coverup.”

“Make no mistake, Danielle Smith's ‘internal review’ does absolutely nothing to put this latest scandal to rest,” NDP MLA Rakhi Pancholi added on Twitter. “There are still many unanswered questions about these emails.”

Chuck Thompson, the CBC’s head of public affairs, said in an email that the network stands behind the story but could add nothing more, given the confidentiality of its sources.