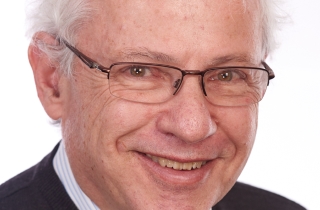 Even working as a Toronto-based litigator for 42 years, Marcel Strigberger has always considered having a sense of humour a necessity, so it’s no surprise he has written his second book of humour.

Called Poutine on the Orient Express: An Irreverent Look at Travel, Strigberger said it should appeal to travellers who are 45 years old and up, who are settled in the careers and who are enjoying leisurely travel and not backpacking in Nepal. The book includes numerous stories and anecdotes ranging from tales surrounding the shipping of the Statue of Liberty from France to the United States, to how train travel and murder are often depicted together in the movies. It is available in both paper and e-book formats.

As for the poutine in the title, Stigberger has his own take on the merits of the dish.

“I make no bones about it. Poutine is a dangerous food. It’s a lethal food in the sense it will clog up your arteries. You’ve got the French fry factor. You’ve got the curds, the cheese, then you put some gravy on it and it’s really a what’s what of toxic food — a food that is going to do a number on your arteries. So it’s almost like a murder weapon, so instead of Murder on the Orient Express, you’ve got Poutine on the Orient Express.”

Strigberger always knew he wanted to be a writer, even long before he went to law school, but he opted for a legal career figuring it would be a better way to make a living. Throughout his career, however, he kept on writing and getting published.

The other constant throughout his personal and professional life is his reliance on seeing the funny side of things. It’s an approach he thinks would benefit most people.

“I gave some talks here and there about using humour in your personal life and your law practice and in your business and in your relationships with people. It’s important. It was always a key thing in my life to use humour, and I suggest other people use humour,” he said.

“It is getting increasingly difficult, but people don’t know how to use it. It was easier to say things a generation ago, or even 10 or 15 years ago. Now anything you say people can jump on you and take it the wrong way, but there are still many safe havens for humour and the best one is still poking fun at yourself.”

Strigberger, who also spent some time on the stage as a stand-up comic, felt that he always got better results from legal professionals when he relied on humour, especially as the law has the potential to be very funny.

“Humour and the law aren’t really two different things. Law is full of humour or humorous possibilities,” he said, giving an example of his unconventional approach to dealing with legal situations.

“If a lawyer wouldn’t get back to me sometimes, I wouldn’t get angry. I’d send he or she a letter saying something like, ‘There must be three reasons why you haven’t gotten back to me: a) you didn’t get my letter, b) you’re very busy, c) you found out I’m the guy who punched the air out of the tires of your new Lexus.’ Within an hour, I’d get a response. It worked.”

Strigberger also runs a website called marcelshumour.com (formerly legalhumour.com) that hosts his humorous writings on a variety of topics, not just legal ones. He likes to remind people that everybody can benefit from seeing the lighter side of things.

“We all have a sense of humour. It’s vital to use it. If your mood is right and your attitude towards it is right, it will come out right. There are many ways people can still use humour without getting hit over the head with it.

“Humour, especially in the practice of law, is critical for your health, to break the ice, to get a rapport with people. I’ve often gotten better settlements in mediations or with insurance adjusters doing insurance work by just using humour,” he said.