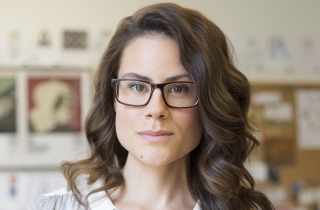 Legal professionals and tech companies from across the globe will be banding together for a three-day hackathon that is meant to break down silos and encourage the creation of solutions to improve the legal industry worldwide.

Canadian cities involved in the event are Vancouver, Calgary, Toronto, Ottawa and Montreal.

According to Aileen Schultz, the director of network intelligence at Integra Ledger and co-founder of the event with Integra’s CEO David Fisher, the hackathon will be a truly global experience.

“It’s actually phenomenal to see some of the things that are coming out of the host locations,” she added.

Schultz and Fisher were inspired to create a global hackathon for the legal profession after attending a hackathon event in New York. Schultz said the event was not legal-centric, but by the end of the hackathon all the winning teams were using Integra Ledger, which is a legal blockchain platform.

“So a non-legal hackathon became a legal hackathon by the end. Legal became a central theme of that hackathon. We got to wondering and we wanted to know what is the interest in something like this at a global scale? Is legal innovation at that time now where it can be at the forefront of conversations about technological advancement? That was really where it started,” explained Schultz.

“Traditionally hackathons are largely just discussion based and the intent is always to build solutions. Often what happens is that after the weekend teams break apart and things fizzle out. So we really hope that teams will go on to create actual businesses and organizations, non-profits, and continue with their ideas. As well as building a global community for legal innovation,” she said.

“Traditionally things are incredibly siloed and we’re hoping to build a platform and community that is global and has all of the right stakeholders involved to make a truly global discussion about innovation in the law,” she added.

“It’s an opportunity for teams and participants to tap into that global conversation and community,” she said, adding that most jurisdictions around the world don’t have the opportunity to engage on such a large scale.

Schultz explained that this event is also a way for legal professionals to connect with other driven people in their industry that can match their ideas and build upon them together as a team.

“It’s important to note that each location has their own spin on everything. So people signing up are going to want to make sure that they’re in tune with their local host location. To make sure they know the specifics of that location,” she added.

The Lawyer’s Daily is a Media Partner of the Global Legal Hackathon with full editorial discretion.