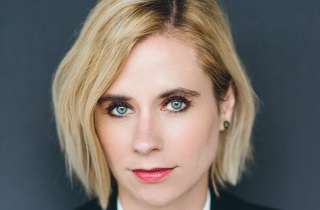 The legal profession needs to mobilize against sexual remarks and other “inappropriate” workplace conduct by judges and senior lawyers who exploit the vulnerability of junior lawyers and law students, says a feminist lawyer who fights to advance the rights of women and LGBTQ people.

Like many women and some men in the legal field, Toronto civil litigator and criminal defence counsel Angela Chaisson has experienced #MeToo moments at work. She also has a growing practice, and public profile, representing sexual assault and sexual harassment complainants and defending women against defamation suits by the men they accuse of wrongdoing.

As the keynote speaker at the “Law Needs Feminism Because” access to justice conference March 3 at the University of Ottawa, Chaisson will tell law students that their age and professional inexperience in no way disqualify them from speaking out, fighting injustice and leading change — as demonstrated by the high-profile gun control campaign being waged by American students after the Feb. 14 mass shooting at a Florida high school.

“I would like [law students] to recognize their own power, that they have so much to offer and so much to bring,” Chaisson told The Lawyer’s Daily in an interview. “I think that law school is really, really good at breaking you down in a way — making you feel that you know nothing, and that you have no skill. And then the same thing happens when you article,” remarked the 33-year-old lawyer. “You are finally out in the world and you’re eager, but you’ve been taught that you don’t know anything. And that’s not true. Young lawyers are experts in their own circumstances, and they’re experts in the circumstances of their communities.”

Indeed, the landmark Trinity Western University case (currently under reserve at the Supreme Court of Canada) was sparked in part by the then-newly called lawyer’s refusal to accept five years ago that her chosen profession was quietly considering accrediting a new law school that would discriminate against LGBTQ applicants by banning students from engaging in same-sex sexual intimacy.

“I was so junior, but I was also so pissed — and I used that to mobilize, and to spread light, and to use the law as a tool for change,” remembered Chaisson, who with fellow human rights litigator Marcus McCann organized a protest at Ontario’s law society, and then went to court, with her then-boss Clayton Ruby, and co-counsel Gerald Chan, Karey Brooks and Elin Sigurdson, to challenge the now-rescinded 2013 decision of the B.C. government to approve the proposed law school.

Chaisson argues that anger is a powerful driver of progressive social change, as seen recently with the #MeToo movement, the Women’s March and the Indigenous advocacy that triggered the Inquiry into Missing and Murdered Indigenous Women and Girls.

She also said law students have a role to play in making the legal profession come to grips with the issues raised by women via the #MeToo movement.

“My belief is that the issues with respect to harassment in the workplace and sexual assault in the workplace, inappropriate comments in the workplace, [are] really ripe for law students to do something about that because they’re the ones who experience it,” she said. “I had those experiences with older lawyers, with judges, with people who recognize the vulnerable position of a law student and take advantage of it. And we’re standing up and saying: ‘Not today. Not anymore.’ ”

When she was a junior lawyer, Chaisson recalls she faced inappropriate comments of a sexual nature by a judge in chambers, minutes before she was to represent a client in court. Given the potential jeopardy to her client “what was I supposed to do?”

Chaisson turned to the Criminal Lawyers’ Association (CLA) only to find there were no policies or procedures in place to deal with reports of such incidents. Nothing happened. “There has been this culture [within the profession] of putting up [with] and shutting up,” she observed. “And I think that that time is up.”

To that end, Chaisson and some other CLA members are setting up a new subcommittee of the association to help defence counsel targeted by judges or others. “We’re hoping to develop a way to track, and a way to support, people who are going through these issues — who are subject to comments at work, to inappropriate conduct at work,” she explained. “We’re not putting up with it anymore.”

As the legal profession has so far not fixed its own internal #MeToo problems, Chaisson, a regular lecturer at the University of Toronto and Osgoode Hall Law School (where she is working on her master of laws) says she still finds herself having to warn young female law students who ask her for career advice to prepare to defend themselves from sexual harassment within their chosen profession.

“What I always tell them is, ‘unfortunately I think you need a plan in place for when you’re subject to inappropriate conduct.’ ”

But as the worldwide protests of women via #MeToo attest, “we’re not putting up and shutting up anymore,” Chaisson stressed. “Now that people of my vintage are coming into positions of power, we’re in a position to do something about the conditions that we went through.”

The bilingual, all-day Law Needs Feminism Because national forum is focused on the theme of access to justice, and features multiple workshops, including on intersectionality, strategizing career success, legal innovation, and community engagement, as well as a panel discussion on Indigenous Feminist Perspectives of Decolonization and Allyship.