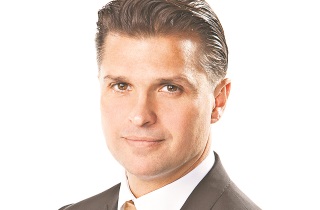 Women’s groups and the defence bar are preparing to butt heads at the Supreme Court of Canada after the top court announced on International Women’s Day that it will hear a defence appeal from an important judgment on the law of sexual assault and consent.

The top court agreed March 8 to hear the appeal of Bradley David Barton, who was acquitted by a jury in 2015 of first degree murder in the death of Cindy Gladue, an Indigenous mother of three.

Barton’s acquittal was overturned last year by the Alberta Court of Appeal in a judgment that found numerous errors at trial, and condemned the continued application of rape myths, biases against Indigenous people and sex workers, and antiquated pattern jury charges that deny women their right to equal protection of the law in sexual assault cases: R. v. Barton 2017 ABCA 216.

The appeal panel’s multi-pronged per curiam decision was hailed by women’s advocates as a “huge step forward” in fairness for complainants, and for Indigenous women, but others, particularly in the defence bar, warned that the court’s approach to the law risked wrongful convictions and jeopardizing accused’s fair trial rights.

On his client’s behalf, Barton’s defence counsel, Dino Bottos of Bottos Law Group in Edmonton, argued that the unanimous appeal panel, including Justice Sheilah Martin who joined the top court this year, made political statements about sexual assault law that ventured “far beyond” the Crown’s appeal grounds.

“The Alberta Court of Appeal has tried to correct every perceived wrong in sexual assault law in Canada at the expense of my client,” Bottos told The Lawyer’s Daily last July. “It’s not going to be very pleasing to the defence bar to have this judgment here in Alberta because the Court of Appeal, in one fell swoop, has made it much more difficult on accused to earn an acquittal in a sexual assault case.”

On March 8, Bottos welcomed the Supreme Court’s decision to hear the appeal, which is likely to be heard toward the end of 2018, or in 2019.

“I’m very happy today,” he told The Lawyer’s Daily. “It’s great news for the criminally accused in sexual assault cases. It’s a great day for the defence bar I suggest — especially in Alberta — who would have had to have lived under the regime of the Court of Appeal’s ruling in Barton, but for the Supreme Court’s decision to hear our appeal.”

He explained, “I hope to re-establish that the law of consent in sexual assault should remain as it is, and not be expanded to create a wider net of liability” as reflected in the Alberta Court of Appeal’s judgment.

The Women’s Legal Education and Action Fund (LEAF) and the Institute for the Advancement of Aboriginal Women, which jointly intervened below, announced March 8 that they will seek leave to intervene in support of the Alberta Court of Appeal’s judgment.

The groups noted they were “surprised” that the top court granted leave, given the appeal panel’s “strong and unanimous” decision.

“This is a case that engages women’s rights to bodily integrity, with critical implications for the rights of Indigenous women,” she stressed. “LEAF believes that the Alberta Court of Appeal got it right in its decision. There were serious errors in this trial that affected the verdict, including the admission of Ms. Gladue’s sexual history in the absence of a s. 276 [Criminal Code rape shield] application, as well as errors in the jury instructions on consent. Contrary to Mr. Bottos’ comments in the media today, the Alberta Court of Appeal did not offer a radical new interpretation of the consent standard. The court applied established law.”

Gladue bled to death in an Edmonton motel room in 2011 from a large laceration in her vagina, after what Barton testified was consensual and paid “rough sex,” using his hand, on two successive nights. The Crown alleged Gladue’s death was caused by a sharp object, or by Barton’s fist.

The case generated loud protests from Indigenous people and women’s groups because of the way Gladue was dehumanized and disrespected by the justice system after her death, including how the lawyers and trial judge spoke about her in court — referring to her as a “native” and a “prostitute.”

The Crown’s and judge’s decision to have Gladue’s severed preserved vagina entered into evidence (rather than using photos) was a Canadian first that shocked and appalled many, including Gladue’s family who were unable to bury her because her body tissue was not returned to them.

In its hard-hitting 91-page (single-spaced) judgment, the Alberta Court of Appeal identified a number of errors below and ordered a new trial. More generally it called out the Canadian judiciary for denying women equality in sexual assault cases to the extent that judges wrongly: adhere to flawed pattern jury charges that are “frozen in time”; bypass the rape shield provisions; and rely on rape myths, and other discredited and illegal stereotypes when they interpret and apply the law of sexual assault.

“As guardians of all constitutionally protected rights, courts must do what is necessary to rein in what remain clear and present dangers to a fair trial for sexual offences,” the Appeal Court wrote in its judgment that analyzes, comments on (sometimes in obiter), and rules on many vexed issues in sexual assault cases, including consent, mistaken belief in consent; “air of reality”; and taking reasonable steps to ascertain consent. “Given women’s equality rights, including s. 28 of the Charter, the criminal law in substance and in application must balance rights so that women substantively enjoy the equal benefit and protection of the law as do men,” the Court of Appeal emphasized. “Sexual prerogative is not a guaranteed right under the Charter. But equality is. In the context of sexual offences, it comes down to this. An accused is entitled to a fair trial, not a fixed one.”

Bottos said the case has the potential to generate a landmark judgment that clarifies the law of sexual assault nationwide.

“The essence of this case is coming at a very important time in Canadian society because there is the intersection now between the #MeToo movement and Canadian criminal law, and the Supreme Court may want to weigh in on that, and advise the public, as well courts below, about the extent of consent; the limits of consent; how consent is established; [and] how consent is vitiated in the context of a situation where accidental bodily harm occurred.”

In that vein, Bottos elaborated that “the #MeToo movement deals with the issue of unwanted sexual contact and just how far one must go to ascertain consent. The most militant advocates of the #MeToo movement are advocating for basically a reverse onus, whereby you are not presumed innocent on [an allegation] of sexual assault, if the complainant alleges that she was not consenting — [i.e.] that if she alleges she was not consenting, the onus should then reverse onto the accused to establish that she was consenting or that he was honestly mistaken. So that’s one aspect of the law that we hope does not change to favour the most militant side of the #MeToo movement.”

Gotell argued, however, that the Court of Appeal simply applied the existing law, and did so correctly. “According to this law, the jury should certainly have been asked to consider whether there was any evidence that Ms. Gladue voluntarily agreed to engage in sexual activity with a force powerful enough to rip an 11-cm hole in her vaginal wall,” she explained. “The trial judge’s charge to the jury failed to alert them that Canadian law requires a careful analysis of whether there was agreement to engage in every sexual act performed. The scope of consent to sexual activity surely involves voluntary consent to the degree of force. To rule otherwise would be to depart from established law, undermining the sexual autonomy and bodily integrity that sexual assault law is intended to safeguard.”

Gotell said the Appeal Court condemned discriminatory myths that came into play at the trial, however its decision “did not break new doctrinal ground.”

Among several substantive and procedural grounds of appeal, Bottos said the defence wants “to re-establish that the law of consent to sexual activity should be governed under the law of the Supreme Court’s … [R. v.] Jobidon as opposed to changing the law and creating a wider net for liability whereby a person should be convicted of bodily harm when a reasonable observer would have foreseen injury to the complainant.”

Rather, as per Jobidon, [1991] 2 S.C.R. 714, the test should remain that the accused subjectively foresaw injury to the complainant, Bottos said.