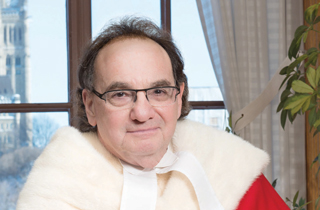 The Supreme Court of Canada has overturned the Law Society of Ontario’s (LSO) controversial professional misconduct conviction of Toronto securities litigator Joe Groia in a much-anticipated ruling which clarifies the approach and standard for determining when lawyers’ uncivil courtroom conduct crosses over into professional misconduct.

The top court’s 6-3 landmark judgment, authored by Justice Michael Moldaver, a former criminal defence barrister, allows the appeal of Groia — with legal costs throughout, against a 2012 professional misconduct conviction by an LSO hearing panel which was upheld in 2013 by a law society appeal panel: Groia v. Law Society of Upper Canada 2018 SCC 27.

At the Groia appeal hearing last November, various tests were proposed —  ranging from restrictive to expansive — by the LSO and Groia and more than a dozen interveners, including attorneys general and Canada’s major civil liberties and bar groups, for determining when zealous courtroom advocacy crosses the line into professional misconduct that can be sanctioned by law societies.

Ultimately eight of the Supreme Court’s nine judges expressly endorsed the multi-factored, “flexible and precise” approach to determining lawyer incivility, that was devised by the LSO hearing panel below — an approach which employs a context-specific inquiry, rather than a stand-alone test and rigid definition.

“It sets a reasonably precise benchmark that instructs lawyers as to the permissible bounds of ethical courtroom behaviour by articulating a series of contextual factors — what the lawyer said, the manner and frequency in which it was said, and the presiding judge’s reaction to the lawyer’s behaviour — that ought generally to be considered when evaluating a lawyer’s conduct, and by describing how those factors operate when assessing a lawyer’s behaviour,” Justice Moldaver observed.

“The approach, with which I take no issue, targets the type of conduct that can compromise trial fairness and diminish public confidence in the administration of justice. It allows for a proportionate balancing of the Law Society’s mandate to set and enforce standards of civility in the legal profession with a lawyer’s right to free speech. It is also sensitive to the lawyer’s duty of resolute advocacy and the client’s constitutional right to make full answer and defence.”

Justice Moldaver stressed that trials are to be conducted “in a civilized manner” to resolve disputes in a peaceful and orderly way — without strife, belligerent behaviour, unwarranted personal attacks and other disruptive and discourteous conduct.

“By the same token, trials are not — nor are they meant to be — tea parties,” he stipulated. “Care must be taken to ensure that free expression, resolute advocacy and the right of an accused to make full answer and defence are not sacrificed at the altar of civility.”

Justice Moldaver went on to underscore that “for criminal defence lawyers, fearless advocacy extends beyond ethical obligations into the realm of constitutional imperatives.” Their duty can frequently require defence counsel to criticize how state actors do their jobs — ranging from routine Charter applications (alleging, for example, unconstitutional searches, detentions or arrests) to serious allegations of prosecutorial misconduct. “Defence lawyers must have sufficient latitude to advance their clients’ right to make full answer and defence by raising arguments about the propriety of state actors’ conduct without fear of reprisal,” Justice Moldaver admonished.


Groia had been hit with a one-month suspension and $200,000 in costs for allegedly contravening the law society’s prohibition of lawyer “incivility” during his successful defence of John Felderhof in a high-profile Ontario Securities Commission (OSC) insider training prosecution sparked by the Bre-X goldmine collapse. During the lengthy and hard-fought proceeding, Groia made unfounded allegations that the prosecutors misconducted themselves in relation to disclosure of documents and other evidentiary issues.

Groia, who told The Lawyer’s Daily he received many messages congratulating him on his June 1 victory, said the Supreme Court has underscored the importance of fearless, “zealous, and resolute” advocacy — as well as the critical and unique role the defence bar plays in the justice system.

“What I come back to is the interests of [my former client] John Felderhof, frankly the interests of all Canadian clients,” said Groia. “I think this decision goes a long way to saying to all Canadians that the ability of defence lawyers to represent clients like Mr. Felderhof has now been very clearly and emphatically set out by the Supreme Court.”

In Groia’s view, the court’s “message is that [lawyer] civility does have an important role to play in the legal system and in the judicial system, but where there is a conflict between civility and our duties to defend our clients’ interests, the Supreme Court has made it very clear that it’s going to require very serious misconduct before a defence lawyer can be criticized for doing his or her job. And when it’s necessary for them to challenge a prosecutor, when it’s necessary for them to defend their clients’ rights by alleging prosecutorial misconduct, they now have a very clear statement from our highest court that that is something they can do and, except in very rare cases, they should not be looking over their shoulders when they do it.”

Groia acknowledged that fighting the misconduct charge on principle all the way up to the top court took its toll, including major stress and disruption to his life and practice, and heavy financial costs (including an estimated $2 million worth of unbilled and billed legal work).

“It’s been a long and very emotional process for me,” he said. “It’s been 17 years since it first really got started and I have to say I have learned a lot about being a client in the legal system.”

He noted he was very grateful for the support he received over the years, and thanked his counsel Earl Cherniak of Toronto’s Lerners, and former counsel Jasmine Akbarali (now a judge).

The LSO said in a prepared statement that it “welcomes the Supreme Court’s recognition of the importance of civility in the courts and its decision to endorse the Law Society Tribunal Appeal Panel’s test for incivility in court. This decision upholds the Law Society’s jurisdiction to regulate the legal professions’ conduct in court.”

Toronto’s Frank Addario, counsel for the intervener Criminal Lawyers’ Association of Ontario, said the court “gave a victory to fearless defence advocacy. The court reinforced what we are taught in civics: a strong defence bar is indispensable to democracy. We have to be free to criticize the way state actors do their job.”

Addario told The Lawyer’s Daily the test for incivility endorsed by the court will not generate more rude lawyering. “Probably less,” he opined. “This was a 10-year ordeal for Groia. No one wants that. There is an unstoppable movement toward more civility. But this case had overtones of good faith mistakes. The majority guarantees that rude lawyers cannot go wild. But, being wrong is not per se uncivil.”

Added Addario, “as Justice Moldaver points out, defence counsel are not going to raise novel arguments if they are constantly looking over their shoulder to see if [their professional] regulator approves.”


Toronto’s Allan Rouben, counsel for the intervener Ontario Trial Lawyers’ Association (OTLA), noted that the majority and dissenting judges of the Supreme Court agreed, as OTLA did, that the LSO’s appeal panel adopted the correct test for a finding of professional misconduct. “The outcome turned on the application of the test,” Rouben said. “We agree with the majority statement at para. 67 that ‘Incivility diminishes the public perception of the justice system as a fair dispute resolution and truth seeking mechanism.’ ”

The Supreme Court did not accept the argument of the intervener Canadian Civil Liberties Association (CCLA) that the threshold for disciplining a lawyer for incivility based on in-court statements should set be very high: i.e. only in the clearest of cases, where the alleged incivility seriously undermines the administration of justice or is likely to result in a miscarriage of justice.

However, the CCLA said the top court did recognize the central importance of allowing lawyers the freedom to express themselves, particularly in defence of their clients’ rights, and that incivility prosecutions should target behaviour that has a negative impact on the administration of justice or the fairness of a particular proceeding.

“Although the ultimate result in this case is encouraging, the CCLA remains concerned that the approach adopted by the court may not give sufficient guidance to lawyers about the boundaries of acceptable conduct and ultimately affect how clients are represented,” the group said in a press statement. “It will be important to monitor how legal regulators interpret the decision and what effect it has on counsel, particularly those engaged in criminal defence work.”

Sylvie Champagne, counsel for the intervener Barreau du Québec, told The Lawyer’s Daily the legal regulator is satisfied with the court’s judgment and pleased that it recognizes and maintains law societies’ jurisdiction over courtroom misconduct. “We are also satisfied with the standard of review [adopted by the court], which is reasonableness,” she said.

Adopting, and elaborating on, the approach and standard for lawyer incivility devised below by the LSO’s appeal panel, Justice Moldaver said the appeal panel however applied that test unreasonably to find Groia guilty of professional misconduct; that is, notwithstanding that the appeal panel accepted that Groia’s allegations of prosecutorial misconduct were made in good faith, the panel used his honest but erroneous views about the disclosure and admissibility of documents to conclude that his allegations lacked a reasonable basis. “Mr. Groia’s allegations were made in good faith and they were reasonably based. As such, the allegations themselves could not support a finding of professional misconduct,” Justice Moldaver held.

Justice Moldaver held that the “reasonable basis” requirement “is not an exacting standard. I understand the appeal panel to have meant that allegations made without a reasonable basis are those that are speculative or entirely lacking a factual foundation. Crucially, as the appeal panel noted, allegations do not lack a reasonable basis simply because they are based on legal error. In other words it is not professional misconduct to challenge an opposing counsel’s integrity based on a sincerely held but incorrect legal position so long as the challenge has a sufficient legal foundation, such that if the legal position were correct, the challenge would be warranted.”

The majority said the appeal panel properly adopted a “flexible and precise” approach — rather than rigid definition — of when incivility amounts to professional misconduct — which employs a context-specific inquiry.


In a vigorous dissent which argued that the majority reformulated and then misapplied the appeal panel’s standard and approach for lawyer incivility, Justices Andromache Karakatsanis, Clément Gascon and Malcolm Rowe held that the appeal panel had reasonably found Groia guilty, based on the test the panel had devised. (Justice Suzanne Côté wrote separate reasons for overturning the finding of professional misconduct against Groia.)