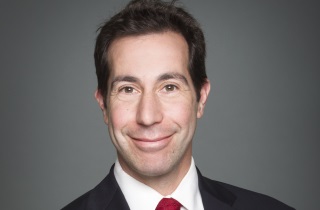 The House of Commons Justice Committee has released a long-awaited report on improving juror support in Canada and is recommending not only adequate financial compensation for jurors but also more access to mental health services for people who have sat through traumatic trials.

The report says the federal Minister of Justice should encourage provinces and territories to offer psychological support and a counselling program to all jurors after their jury service has ended and the government should amend s. 649 of the Criminal Code so that jurors are permitted to discuss jury deliberations with designated mental health professionals once the trial is over.

Committee chair Anthony Housefather said it was “troubling” that less than half the provinces and territories provide psychological support to jurors post-trial.

“That’s really something that needs to change,” he said. “Nobody should have to pay out of their pocket for psychological support post-trial as a result of their juror experience.”

The report also recommends a minimum payment of $120 per diem, as well as compensation for the costs associated with serving as a juror, such as the cost of care for dependent children or adults, travel, parking and meals. Housefather noted only one province, Newfoundland and Labrador, requires employers to pay people when they are doing jury service.

“In fact, right now jurors in most provinces are paid less than minimum wage,” he said. “When we’re saying it’s a valuable service to the community, there really needs to be at least a minimal level of compensation that doesn’t require large numbers of people to simply turn away from jury service. We’re not requiring or asking for incredibly high levels of compensation, were saying at least $120 a day, which means in an eight-hour day is not that far off from minimum wage in many places.”

And the report is being met with cautious support in the legal community. Michael Lacy, president of the Criminal Lawyers’ Association (CLA) said the “CLA generally supports the work of the committee and many of the recommendations.”

“Efforts to improve diversity and inclusion not only within the jury pool but in terms of jurors actually chosen is to be commended,” he said. “This includes increasing the daily allowance for jurors that serve and providing compensation for related costs. Currently many potential jurors are excused because of financial hardship associated with serving on juries — this leads to socio-economically disadvantaged members of the community not being able to serve.”

Lacy also said offering debriefing and other emotional supports for jurors is also laudable given the difficult cases that they often preside over which can have lasting effects on their mental health.

“Other justice system participants including defence lawyers, Crowns and judges may also need such support,” he said. “Our association also supported the narrow exception to the jury secrecy rules to allow jurors to get the necessary therapy they might require to deal with the issues that emanate from having served on a jury.”

Ian Carter, of Bayne Sellar Ertel Carter, who also serves as vice-president of the Canadian Bar Association's (CBA) National Criminal Justice Section, said he could not comment officially on behalf of the CBA as it had not taken an official position yet but did offer some observations. He said it is understandable to want to allow jurors to open up about the process when speaking with mental health professionals, but noted the only bar in discussion is on jury deliberations rather than evidence that is presented in the case.

“I can understand the seeing of certain kinds of evidence and emotional witnesses, [but] there’s no bar on talking about any of that,” he said. “The only bar is on jury deliberations, so before you change something that’s a key to our process, which is the secrecy rule, I would like to see evidence there are problems for the jurors in the deliberation process itself as opposed to the kind of evidence they’re hearing. Which is what we’re hearing the issue is, not what’s happening in the jury deliberation itself.”

Housefather said the committee is recommending the amendment to the Code because it was told over the course of its hearings that deliberations can trigger psychological issues, noting jurors could feel coerced or forced to join the majority in making their decision.

“Deliberations can be problematic and then we have this legal impediment to discussing deliberations with anybody afterwards,” he said. “So one thing that is quite simple to do on the federal side is to change the Code to make an exception to allow jurors to discuss deliberations with psychiatrists, psychologists or other medical professionals.”

Toby S. Goldbach, an assistant professor at the University of British Columbia’s Peter A. Allard School of Law who teaches jurisprudence and legal procedure, noted it is difficult to do studies on jurors due to their inability to talk about what goes on in a jury room, but said there has been some research that shows jurors do experience stress during long trials, especially when dealing with such difficult cases as murder and sexual abuse.

“So it’s hard to know exactly what the difficulty and what the problem is,” she said. “But I clerked for [former Ontario Superior Court Chief Justice] Patrick LeSage, who was the judge who sat on the Paul Bernardo trial, and he had a psychologist hired to counsel the jurors after their deliberations. And it’s been done in a couple of other provinces as well, so it’s hard to think how debriefing sessions could be a bad thing.”

Goldbach agreed that it is difficult for people who do not have salaried work or job protection to sit on juries and added an additional difficulty is the fact many jurors do not know how long their trial is going to take.

“So there are some instances where you might think a trial is going to last a few days but it ends up lasting several weeks,” she said. “For people who are in hourly work or not some kind of protected job, that can put jurors in a very difficult situation. In most jurisdictions there is not a lot of compensation or benefits provided to them.”

Goldbach said, if you don’t have a representative jury, there may also be the potential for difficult group dynamics where people who are of lower socio-economic status, for example, might feel pressured into making a decision they may not necessarily agree with.

“It’s not just about representing the accused and/or the victim, but it’s also about having a representative jury complement that can work together to come up with their decisions rather than being unbalanced and the potential stresses that can cause,” she said.

Carter also said one recommendation the CBA is making is to remove the rule that says judge-alone trials in murder cases can only occur if the Crown consents.

“Murder cases tend to have the most types of evidence that are going to be traumatic for jurors. The Crown in Ontario, for instance, almost never consents to trial by judge alone,” he said. “In other words, it is essentially forcing a jury in every case where there is going to be traumatic evidence. One of the suggestions we have put forward is to do away with the requirement for Crown consent — then you’re going to have fewer murder cases done by jury, and that’s going to address not only the problem of juries sharing traumatic evidence but it’s also going to deal with delay issues as well, because trial by judge alone takes a lot less time.”

Housefather said the committee has asked federal Justice Minister Jody Wilson-Raybould to raise the issue of the report at a federal-provincial justice ministers’ meeting and is recommending a one-time payment to the provinces to help put the measures in place.

“The real goal is to put it on the horizon for everybody,” he said. “There are many things that make people who get a jury notice want to get out of jury service. What we want is to change that, we want people to recognize that they’re performing a valuable community service and we want people to want to do it, so we're trying to remove the things that cause people to not want to do it.”