Both are members of the firm’s electrical and computer technology practice groups, although Blizzard will also work with the artificial intelligence (AI) practice group.

Blizzard’s expertise focuses on all aspects of patent drafting and prosecution, licensing and trade secrets. He assists clients in various areas such as software matters relating to a variety of different types of software. He is familiar with electrical technologies including commercial and consumer electrical devices, as well as computer hardware. He is also familiar with open-source software licensing, data privacy, information security and issues facing startup companies.

Prior to being admitted to the Ontario bar in 2018, Blizzard was a summer student as well as an articling student with Bereskin & Parr during his time at Osgoode Hall Law School. While at Osgoode, Paul led the IPOsgoode Innovation Clinic and was a regular contributor to IPOsgoode’s blog IPilogue. In his final year of study, Blizzard participated in the IP Intensive program and was placed at CodeX, the Stanford Centre for Legal Informatics in California, where he assisted in research on the application of machine learning and AI technologies in the legal field.

Blizzard graduated with a B.Sc. in computer and engineering at Queen’s University in 2006, allowing him to have a solid background and experience working in software engineering, web development, e-commerce, AI and Cleantech for 14 years.

Philpott’s expertise focuses on all aspects of patent prosecution.

Prior to being called to the Ontario bar in 2018, Philpott was a summer student as well as an articling student with Bereskin & Parr. While at Osgoode Hall Law School, he was recognized with a Student Honour Award from the Legal & Literary Society, as a member of the graduating class judged to have made significant contributions to the community at Osgoode Hall.

Before starting his legal career, Philpott graduated with an MBA from the Odette School of Business, where he attained the highest GPA in the first three modules of the program.

Additionally, he holds a master’s degree in applied science in environmental engineering from the University of Windsor, where he won a sustainability award from the Faculty of Engineering, given to students with exceptional academic accomplishments in the field of sustainability. He was also a research assistant, working in an environmental engineering lab focused on biohydrogen production, conducting experiments and performing equipment maintenance/calibration. 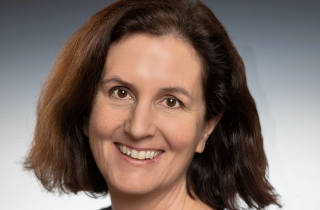