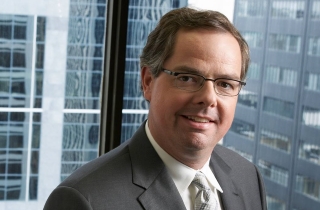 Ontario’s Law Society Foundation and the Toronto Lawyers Feed the Hungry Program are launching a memorial fund in honour of the program’s founder, Martin Teplitsky.

Teplitsky, who founded the program with his wife, Justice Nancy Backhouse, was known as a pillar of the legal community and was honoured with multiple awards before his death in 2016. Teplitsky graduated from the University of Toronto's Law School in 1964 and was called to the Ontario bar in 1966. He went on to establish his own firm with Bob Colson, known as Teplitsky Colson LLP. He was also a professor at Osgoode Hall.

His multiple honours include: the University of Toronto’s Bora Laskin Award, the Law Foundation’s Guthrie Award for excellence and contributions to access to justice, the Toronto Hero Award for his work with Lawyers Feed the Hungry, the Order of Ontario, as well as the Law Society Medal.

“Martin Teplitsky was a selfless man who believed that each of us has a responsibility to help others in a meaningful way. His legacy will continue to live on through the Lawyers Feed the Hungry Program,” said Ian Hull, the chair of the Law Society Foundation.

The Lawyers Feed the Hungry Program fights hunger in cities all around Ontario, including: Toronto, Barrie, Hamilton, Peel, London, Ottawa and Windsor.

According to the program’s website, the cost of an average meal is $5, so costs can add up. Hull said the Martin Teplitsky Memorial Fund “is focused on securing the resources needed to continue this vital program not just for the moment, but for the future, ensuring financial sustainability for years to come.”

Hull said Lawyers Feed the Hungry was founded in 1998 and fights hunger “all year round.” He noted that the Toronto division operates four days per week, with over 60,000 meals served each year.

“For many, it is the only nutritious meal they will receive on any given day. For others, it helps bridge a painful shortfall when difficult decisions mean paying rent or buying groceries,” he explained.

The program is solely dependent on charitable support, noted Hull, adding that “generous contributions of corporate and individual donors make a significant and meaningful difference in the lives of those struggling with hunger, poverty and isolation.”

“Sponsoring the Lawyers Feed the Hungry Program is a great way for members of the Toronto’s legal community, and others, to help support some of the neediest residents of our city,” he said.

The launch of the memorial fund will be Sept. 27 in Convocation Hall at the Law Society of Ontario. Opening remarks will be given by Ontario Chief Justice George Strathy, honouring the contributions of Teplitsky.

LexisNexis Canada is a longtime supporter of Lawyers Feed the Hungry and encourages its employees to volunteer with the organization.