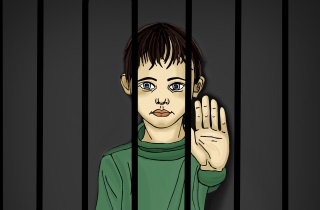 For better or worse, I often view the world through the lens of my criminal clients. The majority of my clients at my office in northwestern Ontario are Aboriginal. Most have not had a fair shake at life. Access to justice does not start by providing them with a lawyer at their first appearance. Access to justice is critical well before they reach court: at detention, arrest and charge.

It is our sad state of the union to report that year after year, Aboriginal peoples are over-represented in our justice system. Access to justice implies procedural justice. Our system is set up to deal with those accused of committing crimes. As obvious as it is, but worth drawing one’s attention to, a lot of evidence is gathered from the moment they come into contact with a police officer. This is a terrifying experience for anyone. It only makes sense that the playing field should be balanced.

Yes, the police deal with numerous files each day. Expediency is necessary. However, boilerplate Charter warnings read at lightning speed and ending with a suggestive “do you understand?” (insert head nod), or “you don’t need a lawyer, do you?” (insert head shake) simply do not apply universally.

There is a difference between David Griffin, former MADD president, (East Prince County, P.E.I. chapter) charged with impaired driving, and a youthful accused with fetal alcohol spectrum disorder (FASD) and a language barrier.

FASD is a factor for many accused Aboriginal peoples. This impairs their cognitive functioning, reducing the likelihood that they understand the detention and arrest. Research from the Whitehorse Correctional Centre found that approximately 17.5 per cent had FASD. Education levels are also disproportionate. In 2011, approximately 33 per cent of Aboriginal peoples did not have a high school diploma compared to only 12 per cent of the non-Aboriginal population.

More than half of my Charter applications deal with the arrest or detention of an Aboriginal accused who did not understand what was happening to them.

In reviewing disclosure I am confronted with illegible police notes, straining the eyes to make out: “Charter warning — ‘understood — yes’ and ‘RTC — no lawyer’ ” (right to counsel). Despite this assurance, I find myself reviewing disclosure that suggests a disconnect between what has been read to them and what is understood.

I cringed as I watched a video interview of my client on Canada Day. Our nation’s birthday became important because after providing RTC, the interviewing officer finished with “it’s Canada Day, there will be no lawyers around at their office, you’ll only be able to leave a message and you don’t want to talk to a duty counsel do you?” Translation: “I only told you about RTC because I have to. Duty counsel isn’t a real lawyer.”

Other highlights include the officer pointing to an empty chair, emphasizing to the accused that their lawyer isn’t even there and probably wouldn’t help them anyway because they are not being paid.

In my most recent Charter application the accused was arrested by several officers pointing their guns at his head. According to police notes he was advised of the reason for investigative detention and yet was noted by many officers to be: “asking why he was under arrest multiple X’s.” In that case my client wasn’t provided with RTC until more than 14 hours into his detention. This is not a balanced playing field.

One size does not fit all when dealing with accused persons. The Charter is a reactionary tool.

We need proactive steps designed to increase access to justice at this consequential point of our system.

Short of drafting policy, a starting point is to examine the feasibility of: Tailoring police practices to the jurisdiction; having an interpreter on call; ongoing training for officers to deal with mental health issues; funding for Aboriginal legal services to identify groups that require additional explanation; review what is already available such as the additional steps in the YCJA [Youth Criminal Justice Act] when dealing with the arrest/detention of young people; and lastly, provide confidential calls to duty counsel for those facing criminal jeopardy. An exception to the last suggestion would be of course if they’ve already spoken to counsel of choice.

This recommendation has an added benefit: As counsel receiving calls from the detachment I always ask to speak to an officer. Knowing that they may have to speak to counsel adds a layer of accountability. It is entirely possible that the last suggestion may be a double-edged sword for defence counsel and cumbersome for police. Something to ponder at my imaginary focus group.

The police have a tremendous amount of power. It is an alarming experience to be confronted by officers and then detained. As an accused with possible cognitive impairment and language issues, there is a baked-in disadvantage to add to this experience.

Access to justice is a requirement at the critical stage when an accused first comes into contact with the police.

Laurelly Dale is a criminal defence lawyer with Dale Legal Firm. Contact her at ldale@dalelegalfirm.com