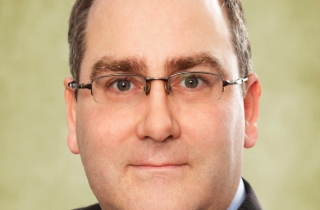 It has been a wait of over a hundred years, but law students in Alberta who laid down their lives in the First World War are finally being admitted to the profession.

On Nov. 9, the Law Society of Alberta will hold a bar call ceremony for the 37 students who answered the call of their nation.

“Their bravery and sacrifice allow today’s lawyers to continue to stand for justice.” said law society president Donald Cranston. “This is something that should never be taken for granted.”

The initiative is led by the Legal Archives Society of Alberta project “We Have Not Forgotten.”

“This ceremony is a small but poignant way for the legal profession to remember and honour the sacrifice of the Alberta law students,” said Legal Archives Society treasurer Keith Marlowe. “It is a particularly fitting tribute to admit them to the bar this year, which is the 100th anniversary of the armistice ending hostilities in the First World War.”

But the genesis of the bar call ceremony can trace its origins back to 2012. During a Remembrance Day commemoration held by the Law Society of Upper Canada at Osgoode Hall, the names of all the lawyers and law students that were killed in the First World War were read aloud.

“As they read out the names they would read out the hometown of the person and the year they were called to the bar. And when they got to a few of them, it was mentioned they were never called,” said Patrick Shea, a partner at Gowling WLG in Toronto. “So that was kind of haunting to me, and it turned out those were the students who had enlisted and had never returned.”

As the 100th anniversary of the outbreak of the war approached in 2014, Shea, a former officer in the Canadian Forces reserves, sent a letter to the law society suggesting honorary calls to the bar for those Ontario students who were never called. He then set out on a journey that led him to the dusty boxes of service records held by Archives Canada — records that are luckily now digitized. His search also took him to several university archives, digging up details of the 60 students in Ontario who lost their lives on the battlefields of Europe and elsewhere.

“So, it dawned on me that if Ontario had 60 students, the other provincial law societies must have had students killed as well,” he said. “Sure enough, except for Prince Edward Island, all of them had students killed in the war. And now I have 550 biographies of all the law students and lawyers who never came back.”

The result was an honorary call to the bar in Ontario in 2014, followed by one in Newfoundland and Labrador in 2016. And this year, Alberta will do the same.

“Every one of these, all 550 of them, there’s stories behind them — and getting to know the stories it becomes more than just a name on a wall or in a book. You start to get a sense of who they were and who their families were,” said Shea. “Remember these men were just kids when they left. They put their law books away and thought I’ll be back in a year and then resume my studies. But that didn’t happen.”

Ontario did a similar call for the students killed in the Second World War in 2017, so all law students from the province who never returned from either conflict are now members of the bar.

Shea said such ceremonies bring a sense of closure to families who lost loved ones — no matter how far back in the mists of time it happened.

Despite this year’s ceremony marking 100 years since the ceasefire was signed at a small railway car in the forest of Compiègne in France, Shea said he has had been in contact with lawyers in other provinces interested in holding similar ceremonies. He noted most of the soldiers did not come back to Canada until spring 1919, and the Treaty of Versailles, which officially ended the war in Europe, was signed in June of that year.

“I view this as almost a start of a year-long commemoration, and hopefully we’ll get some of the other law societies to do something,” he said. “Sitting here today, this isn’t about whether you glorify war or whether a particular war was good thing. These people and their families gave everything, and it’s the least we can do now is give their families a form of closure by bringing them into the profession.”

The Alberta bar call ceremony will take place on Nov. 9 in the Ceremonial Court at the Calgary Courts Centre at 4 p.m. Information about the event, and short biographies of the 37 students who fell, is available here.