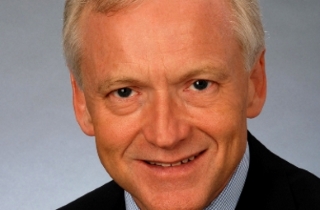 In a decision expected to be challenged in Federal Court, the Canadian Judicial Council (CJC) has decided that Ontario Superior Court Justice Patrick Smith breached his obligations to devote himself solely to his judicial duties, and to stay out of public and potential legal controversy, when he took a leave of absence formally approved by his chief justice to act pro bono as interim dean of Lakehead University’s struggling new law school.

In a report released Nov. 6,  a CJC review panel composed of three chief justices, a puisne judge and a non-lawyer ex-federal public servant, determined that Justice Smith’s actions, while motivated “by a genuine desire to use his skills, background and experience to help the faculty in a time of crisis,” were “ill-advised” and in breach of s. 55 of the Judges Act which requires judges to devote themselves exclusively to their judicial duties. The fact that the judge was granted a leave of absence under s. 54 of the Act by Ontario Superior Court Chief Justice Heather Smith did not relieve him of that obligation, said the review panel, chaired by Yukon Chief Justice Ronald Veale.

The review panel also found Justice Smith to be in breach of his ethical obligations as a judge to avoid controversy or public debate that could expose him to political attack or could be inconsistent with the dignity of judicial office — including the possibility that there could be litigation involving Lakehead University and its law school that would have come before the court of which Justice Smith is a member.

As well, the CJC review panel said there are ethical concerns when a judge lends the prestige of his judicial office to another institution in order to instill public confidence in that institution — in this case the embattled law school which puts a strong focus on Indigenous legal training, but whose last permanent dean, Angelique EagleWoman, resigned earlier this year, charging that the university had engaged in systemic racism.

The review panel went on to find, however, that Justice Smith’s misconduct “was not serious enough to warrant his removal from judicial office.” It therefore recommended that the matter should not proceed further.

Counsel for Justice Smith, Brian Gover of Toronto’s Stockwoods, told The Lawyer’s Daily his client “is disappointed but resolute in his desire to demonstrate that he did absolutely nothing wrong. ... The support that Justice Smith has had from colleagues and lawyers from across the country is really quite compelling.” (Associations representing superior court judges in Ontario and nationally have both applied to intervene in Justice Smith’s support in the judicial review proceedings previously launched in Federal Court.)

Gover said Justice Smith will be seeking judicial review on both procedural and substantive grounds.

“It is surprising and disappointing that the council has proceeded [with the review panel] in the face of an outstanding application for judicial review and our motion for a stay of the decision to constitute the review panel,” he explained. “The stay motion was to be heard in only two weeks’ time (Nov. 20). It is especially surprising that the principle of judicial comity that a tribunal should stand down in the face of an outstanding court application has been ignored by the CJC.”

(However, the CJC is challenging the Federal Court’s jurisdiction to review the CJC’s activities in respect of judicial conduct.)

“We do expect to proceed with our application for judicial review and our motion for production of the CJC’s entire file,” Gover said.

“We will amend our motion for judicial review and move to quash the report of the review panel. The process followed by the CJC has been unsatisfactory from the beginning,” he argued. “Initially it had to do with the scope of his duties as interim dean, and it shifted in the August 28 decision of [CJC judicial conduct vice-chair] Quebec Superior Court senior Associate Chief Justice Robert Pidgeon to [challenging the judge] taking the position at all.”

Gover confirmed that Justice Smith resigned the interim deanship, and assumed his judicial duties, soon after he learned of the CJC’s objections last August.

He added that the CJC’s choice to invoke the discipline process “for what their website says has to do with policy formulation and guidance to judges, that was really inappropriate.”

Norman Sabourin, the CJC’s executive director and senior general counsel, acknowledged “there was criticism of the council in this case, and I think that now that the report is out, and people know all the facts, and know that the experts in judicial ethics have come to that view, that it is helpful for everybody.”

He added, “I also think that it’s important to keep in mind that Justice Smith was obviously acting in good faith. He wanted to help the university, but unfortunately the activities that he undertook were not compatible with his duties as a judge.”

Sabourin told The Lawyer’s Daily “I think this was a situation that required review by the council, and that the report of the review panel will be very helpful to the judiciary and the public alike in knowing what are the limitations on judges in respect of their judicial activities.”

Tom Curry of Toronto’s Lenczner Slaght, counsel for the Ontario Superior Court Judges’ Association, said his client is pleased that the CJC has closed its file and will take no further measures.

“Despite this welcome news,” Curry told The Lawyer’s Daily, “the OSCJA ... disagrees with the finding of the CJC that Justice Smith’s actions were in any way ill-advised, or contravened the Judges Act. The OSCJA continues to have concerns regarding the process followed by the CJC that resulted in this investigation in the first place,” Curry explained. “Given the care taken by Justice Smith to ensure that his actions were properly approved and considered, the OSCJA is of the view that the CJC should not have instigated an investigation in the first place. Further, the CJC has ceased its investigation, and closed its file, amidst a judicial review application, and a pending motion to stay the inquiry of the CJC. In these circumstances, there are real questions raised regarding the fairness of the CJC’s processes.”

Neil McCartney of Atwood Labine, one of 36 members of the Thunder Bay bar who publicly supported their local judge and deemed it “nothing short of outrageous” that the council ever considered he might deserve removal for his efforts helping the law school, told The Lawyer’s Daily “certainly it was good to see the council conclude, on the glaring central point, that there was no basis for his removal from office. But I would have been astonished had they thought anything else.”

McCartney added, “The explicit recognition of his actions arising from a desire to help in a time of crisis, was encouraging. [But] it strikes me that the valid points the council makes in this decision could surely have been addressed in a fashion that did not include news headlines referencing removal from the bench, which is the kind of thing that does permanent damage to a reputation — not just Justice Smith’s, but also that of the already-long-suffering Bora Laskin Faculty of Law at Lakehead.”

He suggested that “maybe the lasting irony of the situation is that concerns validly raised by Indigenous people [around the departure of EagleWoman and her replacement] have resulted in a blow being struck against a law school whose founding mandate is intensely focused on the inclusion of Indigenous people and their concerns.”

In her statements to the CJC in relation to its self-initiated discipline proceedings against Justice Smith, Ontario Superior Court Chief Justice Smith said that her court permitted Justice Smith (no relation) to take on the interim deanship as it was “a clear opportunity for the court to reach out and assist in stabilizing a faltering and vitally important legal institution at a critical point.”

The CJC review panel agreed in its report that “this is not a case involving bad behaviour or improper motives on the part of Justice Smith.”

Given that the judge resigned as interim dean, no further measures were required by the council, the review panel said in referring the matter back to Associate Chief Justice Pidgeon, who closed the file.

The review panel’s decision sheds light on how the council interprets the requirement in s. 55 of the Judges Act that judges must devote themselves exclusively to their judicial duties and abstain from businesses and occupations falling outside the judicial sphere.

“The meaning of ‘occupation’ is to be broadly interpreted to capture all non-judicial activities, whether paid or unpaid, that interfere with a judicial role, whether due to their onerous or time-consuming nature, or given their incompatibility with judicial office,” the panel explained.

Moreover, being granted a six-month leave of absence under s. 54 of the Judges Act — as Justice Smith was by his chief justice, after she obtained independent legal advice, as well as the approval of federal Justice Minister Jody Wilson-Raybould — does not permit a judge to take on a business or occupation outside of the judicial sphere, “except for acting as a commissioner, arbitrator, adjudicator, referee, conciliator or mediator on any commission or on any inquiry and provided certain statutory conditions under s. 56 of the Judges Act are met,” the review panel stipulated.

The review panel not only found that there no “bad behaviour” or improper motive on Justice Smith’s part, but that his response to Lakehead when it asked him to temporarily take over the deanship while it sought a permanent replacement, was made “thoughtfully, seeking guidance and support from Chief Justice H. Smith and he acted in accordance with legal advice which was received.”