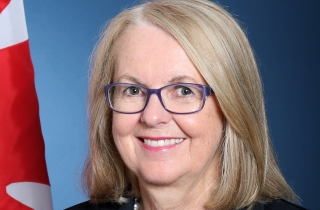 Members of the Senate Human Rights Committee are speaking out about the state of Canada’s prisons, urging “human rights for all” be upheld as Bill C-83, an Act to amend the Corrections and Conditional Release Act and the Criminal Records Act, is considered by the Standing Committee on Public Safety and National Security.

Senators Kim Pate, Jane Cordy and Wanda Bernard are pointing to the Office of the Correctional Investigator’s (OCI’s) Annual Report, released June 29, 2018, to illustrate the plethora of issues faced by inmates that require immediate attention.

“The Correctional Investigator exposes the superficial and inaccurate nature of Correctional Service Canada’s (CSC) own internal investigations, including their examination of the December 2016 ‘riot’ at Saskatchewan Penitentiary, which resulted in the death of a prisoner,” said Cordy, deputy chair of the Senate committee, in a release.

“The OCI recommendation for independent and external investigations into deaths that occur in federal prisons mirror what we have heard, from nearly every prisoner and many staff. Frustrations abound regarding the inability of prisoners to receive remedial action for breaches of law and policy by CSC, from inadequate food to long periods of isolation without access to programming to racism and violent uses of force or incitement by staff,” she added.

Bernard said the Senate committee has heard from prisoners, allies and experts in the field, all of whom have implored the senators to “do all we can to improve the circumstances of prisoners, especially those living with mental illness by getting them into appropriate community-based mental health services.”

“Again and again we heard cries for the decarceration of Indigenous prisoners, especially women, people with disabilities and people dealing with poverty,” added Bernard, chair of the Senate Human Rights Committee, in a release.

In an interview with The Lawyer’s Daily, Cordy stressed that in “a country like Canada, we can do better.”

The senator highlighted food quality as a major issue for inmates. She said that on a visit to the Saskatchewan Penitentiary, she noted that all the food was covered with a tray to try to keep the meal warm. The problem with that is the items that were meant to be kept cold, such as salad, would then heat up. Inmates eating poor quality food day after day becomes an issue, she said.

“And it wasn’t just in the Saskatchewan Penitentiary that we heard that,” she explained, adding that complaints about food quality were shared by inmates at most prisons.

“One institution we were in, we heard from the prisoners that they got spaghetti with a meat sauce over it, but they weren’t really sure whether or not it was meat,” explained Cordy, noting that this small portion, along with a green banana, was the main meal of the day. By the time the inmates were given their food, it was cold.

“The thought of cold spaghetti and that being my main meal of the day, would not be particularly appetizing to me,” she added. She stressed that although individuals are sent to prison as a form of punishment, they still need to be treated humanely.

Cordy described visiting the Stan Daniels Healing Centre where the senators noticed the paint was peeling off the walls of the aging facility. She said the group asked an inmate if he was bothered by the state of the building and he responded with: “No, that doesn’t bother me. We don’t care about that because here they treat us like we’re human.”

“That’s a pretty powerful statement to make,” she added.

Other issues that struck Cordy were the overuse of strip searches on female prisoners, which she described as degrading and “retraumatizing,” as well as the use of solitary confinement and over-incarceration of Indigenous and black Canadians.

“What are we doing in our communities before people get to prison?” she asked, adding that rehabilitation needs to be encouraged.

“It seems that we’ve got revolving doors, in and out,” she said, explaining that training programs for prisoners have been cut back.

“If you don’t get training and you don’t get rehabilitated in the prison system then you’re going back out not prepared for a new life. So, what are you going to do? You’re going to go back to your old life because that’s all you know. If we don’t put the time, the energy and the finances into rehabilitating our prisoners then we’re just going to have revolving doors,” she stressed.

Pate also told The Lawyer’s Daily that reintroducing the requirement that CSC utilize the least restrictive measures consistent with rehabilitation and public safety and “actually eliminating segregation, rather than merely changing the name of the segregated and separation units” would be a great start.

The senator added that “breathing life” into provisions of the Corrections and Conditional Release Act, such as ss. 29, 77, 80, 81 and 84 could assist in “addressing the overrepresentation in federal prisons — and in segregated conditions of confinement — of those who are most marginalized.”

She explained that s. 29 allows for transfers of those with disabling mental health issues to the community-based health services for treatment. Sections 77 and 80 direct CSC to consult and partner with women’s and Indigenous groups, respectively. And ss. 81 and 84 provide the means for Indigenous communities to sponsor prisoners and parolees, respectively, to serve their sentences in the community.

“However, these provisions are rarely used in practice: few people know about them and CSC has adopted restrictive policies about who can access these transfers that run contrary to what the legislators intended. The wording of Bill C-83 would actually further restrict access to these measures, when, as the OCI report has recommended, it is vital that we make full use of these existing measures for decarceration,” Pate stressed.

Pate has called the state of Canada’s prisons “beyond discouraging and a blight on our international reputation as international human rights defenders.” She pointed to a list of other countries that are setting a better example, but stressed that Canada could be leading the way in this area.

“When Nelson Mandela came into power in South Africa, he freed all women with children under 12 from prison, recognizing that imprisoning mothers was condemning their children and future generations to subjugation. This year, Brazil’s Supreme Court determined that pregnant women, mothers of children under 12 and those with disabilities must await their trials in the community rather than in prison,” she said, adding that Portugal has decriminalized drugs and invested in treatment versus prisons.

Pate noted that a number of jurisdictions are working on eliminating the use of segregation, reducing reliance on incarceration and investing in community economic, therapeutic and restorative approaches.

She said Canada should “take note of these sorts of measures, particularly given the number of Indigenous peoples — especially mothers — who are imprisoned in Canada and the resulting systemic discrimination for another generation of Indigenous children separated from their families.”

“That said, Canada should not be limited to considering what other countries have done. Canada’s reputation on the international stage means that we could be leading the way,” she explained.

Too many prisoners lack the resources to obtain legal assistance and too many members of the legal community are unfamiliar with the realities inside prisons, Pate noted. Together, this means that the extent of the harm that prisons inflict are too often not captured in legal decision making, she added.

“For example, in a recent B.C. Supreme Court decision about segregation, there was a missed opportunity to recognize that segregation constitutes discrimination against women, Indigenous peoples and those with disabling mental health issues, in part, because, for example, the information that women in maximum security are actually held in segregated conditions was apparently not known. Many of the women classified as maximum-security prisoners are Indigenous and the majority also have mental health issues,” she explained.

“Judges, MPs and senators have a statutory right of access to federal prisons. They and lawyers wishing to challenge the human rights violations that are occurring in prisons need to ensure they know what the actual conditions of confinement are inside Canadian prisons and make use of measures such as sections 29, 81 and 84,” she added.

Cordy said the “lock them up” thinking of the past and mandatory minimums need to end.

“I think that we have to look at each individual case. We have one of the best judicial systems in the world and I think our judges should be able to have discretion and look at extenuating circumstances,” she said.