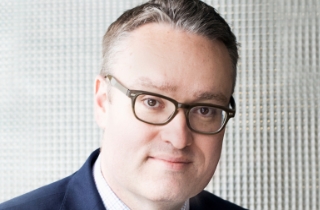 The incoming president-elect of the Law Society of Alberta is looking to address rapid change in the legal profession and ensuring lawyers are properly trained to meet modern challenges after he takes on the mantle of leadership in February.

Kent Teskey of Edmonton’s Pringle Chivers Sparks takes over from current president-elect Rob Armstrong in February and then takes the top job in 2020. He has served as a bencher since 2015. He said he decided to seek the top job after becoming involved in the legal aid system in Alberta, in which the law society has a governance role. He noted when he first became a bencher legal aid funding was $50 million a year, and under a plan announced earlier this year it will rise to $108 million annually.

“[Legal aid] got me interested in the society, and once I got here I discovered all kinds of other interesting, tough issues to get involved in,” he said. “So, my decision to run for president is kind of a continuation from that.”

The most fundamental issue the Alberta law society and law societies across the country are grappling with is the rapid change in the legal profession and how to keep pace with it, said Teskey.

“We have traditionally dealt with the articling model, but we’re struggling with whether that really equips lawyers to succeed in their practice,” he said. “So that’s a real passion point for me, and I think the other side of that is we know people are leaving the profession after five years at rates that are very problematic. I’m hopeful that the work the law society can do is to help lawyers to have the similar opportunities that I’ve had.”

Teskey said it’s too early to make specific recommendations on how to meet those challenges, but added what he is seeing across Canada is a recognition that “the solutions to lawyer competence and the first five years may look very different from what we understand articling to be.”

“To do that right we are going to have to have a pretty honest conversation with the profession, and I think we’re going to have to put everything on the table,” he said. “The fact of the matter is I think we anecdotally know if a lawyer is going to be successful, a number of things have to happen within that first five years, such as developing the skills to run a business, practise law and manage clients. And I think really doing that right would make a pretty fundamental difference, not only for practitioners but also the clients they serve.”

Teskey said the issue of giving more power to alternate legal service providers such as paralegals hasn’t been on the table as much as it has been in British Columbia, but added law societies need to look at where they can contribute to access to justice improvements in more broad terms.

“It’s not sufficient to be on the sidelines on these issues,” he said. “I think trying to find ways for lawyers to practise in more innovative ways, to find ways where the regulator should not be in the way of lawyers practising creatively, really speaks to the fact that law societies have to view one of their fundamental purposes as contributing to access to justice.”

And the issue of filling the gaps that arise as lawyers retire is key, said Teskey.

“What we are seeing is, as this generation of lawyers starts easing into retirement the question becomes who will take their place and provide these essential services?” he said. “I think we’re going to have to open to the possibility that we are going to have to work with practitioners to help them serve diverse communities in different ways than we might have originally appreciated. I expect the era of being able to assume these practices will kind of organically replace themselves is probably one that we can’t rely on anymore.”

Teskey said his criminal law practice is a “pretty typical small-firm practice” with nine other lawyers, which offers him a perspective that may be different than those in big city, big firm practices. He added when the law society passes a rule change it tends to have a more direct implication on a small firm lawyer than it does with a big firm where administration is more diffuse.

“So I think I have a sensitivity to the implications of regulation, and I think it acquaints me to the fact that there is a huge unmet legal need in Alberta,” he said. “The ability of people to find lawyers and meaningfully get solutions to legal problems is tough, and if the legal profession is going to remain relevant, were going to have to find ways to ensure that the public can get their needs met.”

Correction: This story has been updated to reflect that Kent Teskey is the incoming president-elect for 2019-2020.