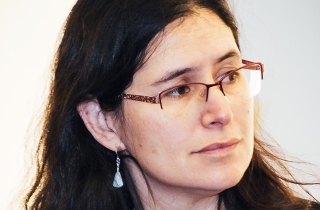 The Ontario Court of Appeal lambasted Canada on its “failure” to address the court’s concerns over its use of administrative segregation in prisons in a recent decision but extended the suspension of invalidity on sections of the Corrections and Conditional Release Act (CCRA) to give Parliament more time to consider Bill C-83.

In Canadian Civil Liberties Assn. v. Canada (Attorney General) 2018 ONCA 1038, the appellant, the Canadian Civil Liberties Association (CCLA), had appealed the order of the application judge, Associate Chief Justice Frank Marrocco, which gave a suspension of declaration of invalidity regarding ss. 31-37 of the CCRA, which contravene s. 7 of the Canadian Charter of Rights and Freedoms and “are of no force and effect.”

Justice Marrocco set the suspension of invalidity for 12 months, as of Dec. 18, 2017, to allow Parliament time to create an “appropriate legislative response.” He determined that giving immediate effect to the declaration would create “unacceptable risks for Correctional Service of Canada personnel and inmates.”

At appeal, the respondent, the Attorney General of Canada, brought a motion to extend the suspension.

According to court documents, the proposed extension is meant to give Parliament time to consider Bill C-83, An Act to amend the Corrections and Conditional Release Act and another Act. The bill was introduced on Oct. 16, 2018, and has passed its first and second reading in the House of Commons. It is before the Standing Committee on Public Safety and National Security.

The government claimed that “administrative segregation” would be removed by Bill C-83 and replaced with “structured intervention units” to “emphasize opportunities for meaningful human contact, participation in programs and access to services.”

Chief Justice of Ontario George Strathy, writing for the Court of Appeal, noted that the court was “concerned by the absence of any explanation for Canada’s delay in addressing the constitutional infirmity identified in the judgment of the Superior Court of Justice; the absence of information concerning any interim measures that have been or might be taken to address or mitigate the breach of Charter rights pending the implementation of new legislation; and the absence of any explanation of how the proposed legislation would address the constitutional infirmity identified by the application judge.”

Justice Strathy emphasized that the material filed by the respondent “does not address the concerns raised by this court.”

The court noted that instead of answers, Canada asserts that the “precise nature” of the review process in Bill C-83 is a “work in progress,” that the legislation may be changed, and the regulatory scheme has “yet to be established.”

Justice Strathy noted that “while Canada’s failure to address the concerns identified by the court is disappointing” the court is “satisfied that an extension of the declaration is necessary to enable the legislative process to be completed.”

“Giving immediate effect to the declaration of invalidity, without any measures in place to protect those currently held in administrative segregation and Correctional Service of Canada personnel, would pose an unacceptable danger to such individuals and, ultimately, to the public,” he added.

Justice Strathy, with Justices Mary Lou Benotto and Lois Roberts in agreement, determined in a decision released Dec. 17, to allow the respondent’s motion and extend the declaration of invalidity to April 30, 2019.

The CCLA’s equality program director, Noa Mendelsohn Aviv, said the court is clear on its stance that “Canada is not above the law.”

“When Canada faces a court order striking down the administrative segregation regime in federal penitentiaries and is given 12 months suspension to fix it, it is unacceptable for Canada to wait until the 11th hour to introduce legislation that doesn’t even address the constitutional defect,” she said, adding that the court’s decision stresses that point.

Mendelsohn Aviv noted that although the decision was a short one, it included words such as “concerned,” “Canada’s failure” and “disappointing.”

“Those are keywords that jump out of the decision because that is, essentially, the message that the court is sending. It’s a rebuke. It had concerns. It continues to have concerns; the concerns are not addressed,” she added.

“I’m not really able to say anything complex or sophisticated because the message from the court is an elemental one. Canada has to meet its obligations. Canada has to obey court orders, it has to do so in a timely fashion. And so, although the court did grudgingly agree to provide an additional four months to Canada for new legislation, it was not the seven months that was requested,” she added.

Mendelsohn Aviv said that Bill C-83, in its current form, does not correct the constitutional defect, as found by Justice Marrocco.

“I do not have confidence that new legislation is going to address the issue of Charter breaches and the use of solitary confinement in Canada’s prisons. I’m deeply concerned about it and I think that one of the things that we stated very clearly in our submissions to the court on this question of the stay was the need for court supervision, for the court to monitor what Canada was doing to see if it was in fact moving towards a schedule in which it would address the order it was given. Unfortunately, the court chose not to do so. It granted the four-month stay, but I think court supervision is going to be necessary where Canada is not complying with court orders” she explained.

The CCLA will continue to be a strong advocate against the use of administrative segregation in Canada’s prisons, Mendelsohn Aviv stressed.

“In holding Canada’s feet to the fire, despite the intransigent and lack of appropriate and sufficient action and response, there has, nonetheless, been some movement, and that’s important to note as well,” she said, adding that until these challenges were made, Canada “simply said ‘we need administrative segregation; we need solitary confinement. This is how we do things.’ ”

However, when challenged, Canada found that it could hire new staff and do more for Indigenous inmates, as well as programming for people in solitary, explained Mendelsohn Aviv.

“And most stunning of all, they’ve discovered that a third of the people currently in solitary in Canada’s prisons won’t need to stay there. Now, what the new arrangement would be for those individuals who don’t feel safe in the general population, we don’t yet know. Will those individuals be in the same kinds of conditions that they’re currently in where they don’t have meaningful human contact for most of the day, where they’re sitting in extreme isolation, but in a different unit with a different sign posted on the door? That we don’t yet know. But the fact that there has been a declaration by Canada that one-third of the people in solitary confinement are not going to remain there, and that they’re hiring more staff and taking other measures, all of that is the result of the pressure that we, and others, have put on Canada and demand that they comply with their own law,” she added.

Mendelsohn Aviv said that the legal community should know that, under Bill C-83, Canada is not going to eliminate solitary confinement, it’s “simply going to give it another name.”

The Department of Justice did not respond to request for comment.

A similar challenge regarding solitary confinement is also underway in British Columbia.

According to court documents, the Supreme Court of British Columbia declared that ss. 31 and 33-37 of the CCRA infringed ss. 7 and 15 of the Charter on Jan. 17, 2018. Like the Ontario court, it also ordered a declaration of invalidity be suspended for 12 months, which was appealed at the B.C. Court of Appeal on Nov.13-14, 2018. That decision is still under reserve.

According to court documents, counsel for the Attorney General of Canada also applied for an extension of the suspension in those proceedings. That decision is currently under reserve.