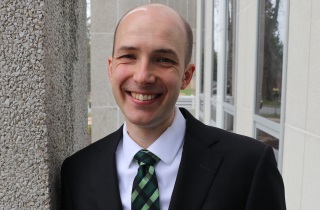 It will come as no surprise to lawyers or their clients that the federal Income Tax Act is not easy to read. It may come as a surprise, however, just how difficult that legislation is to decipher — and how it falls short of efforts in other countries to make the law accessible.

Colin Jackson, an assistant professor at the Schulich School of Law in Halifax, calls the level of difficulty of the tax act “shocking.” A PhD candidate at Dalhousie, Jackson is currently exploring the use of readability scores to assess the complexity of the national tax legislation and compare it to similar legislation in other jurisdictions. “I’ve tried a few different ways of sampling parts of the statute and I’ve tried a few different readability formulas, and so far, the result is always that the Income Tax Act breaks the scale. By that, I mean that our income tax legislation is written in such a way that the readability formulas can’t make sense of it.”

Readability scores apply a mathematical formula to a piece of writing to determine a grade level. The lower the grade level, the easier the document is for most people to comprehend. A reading ease score, another mathematical formula, assesses the difficulty of a piece of writing and assigns a number, usually from 0 to 100. The higher the number, the easier the document is to understand. When Jackson applied the latter formula to a random sample of provisions from the English version of the Income Tax Act, the score was -83. “I think it's fair to say that the statute is not written in a way that we can expect the average taxpayer to be able to read and understand,” said Jackson, who received his law degree from McGill and his master’s in law from Dalhousie.

Jackson’s research, now in the preliminary stages, also indicates that Canada's Income Tax Act is more difficult to read than other federal statutes. He took samples of the Bankruptcy and Insolvency Act, for example, and applied the same readability measurements to get a reading ease score of 10. “So, according to this measurement, the Bankruptcy and Insolvency Act is very difficult to read,” Jackson noted, “but it isn't off the charts in the way that the Income Tax Act is.”

Jackson points out that his findings to date are not a criticism of the Canada Revenue Agency or the Tax Court of Canada, which he believes, respectively, do a good job of facilitating compliance and making dispute resolution quite accessible. “But access to justice requires us to aim higher than that,” he noted. “Tax law is an area that affects every person who lives in Canada, and it is one of the key ways that we structure our society. From the data I’ve seen so far, it seems that most people can’t understand or meaningfully engage with the primary source of the law.”

That is not universally the case. Several countries, including Australia, New Zealand and the United Kingdom, have studied the readability of their tax legislation and have taken steps to rewrite the statutes in more accessible language, Jackson said. “In Canada, we've always taken for granted that the statute is difficult to read, but there hasn't been much published research trying to measure how readable it is and to look at ways of making it more readable.”