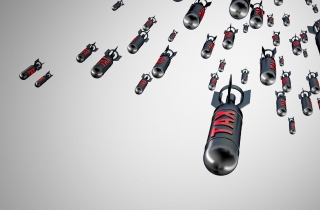 Ombudsman not protecting rights of taxpayers

Although not an actual law as it is in the United States, the Taxpayer “Bill of Rights” sets out 16 rights, eight of which are within the mandate of the Taxpayers’ Ombudsman’s office.

In particular, the ombudsman is charged with “upholding” the rights to:


In the 2017-18 fiscal year the ombudsman’s office spent $2,626,345 (up from $2,305,000 the year before) to resolve 1,708 complaint files, 1,097 of which were simply referred back to the CRA. On average, it took $1,549.38 to resolve each one of these complaints (mostly) by referring them back to the CRA. In contrast, Canada Post could have forwarded 1,708 complaints for $1,458.80 total. Among its accolades, the ombudsman’s office cites two case examples in its latest annual report. In one case it was able to get a taxpayer’s refund (which was undisputedly due to them) deposited into their account two weeks later. Wow!

The second case cited by the ombudsman is a story about how it was able to have the CRA send a taxpayer’s representative a heartwarming letter in which the CRA apologized for a delay and admitted that the taxpayer didn’t receive a high level of service and professionalism.

So what? Is this the best the ombudsman can do for over $2.6 million? Are these truly the best cases that were worthy of mention in the annual report? Sadly, probably so.

In its latest annual report, the ombudsman indicated that over 70 per cent of the complaints received were regarding the right to complete, accurate, clear and timely information. The rest of the complaints were dominated by taxpayers who felt that the CRA violated their right to be treated professionally, courteously and fairly. There was no mention of anything else. So, while the money is spent to uphold eight rights, the ombudsman’s office is primarily only approached with respect to two of them.

The problem with the ombudsman’s office (and the Taxpayer Bill of Rights) is twofold:

One one hand, the ombudsman’s office is not staffed by tax lawyers or advocates. It is filled with bureaucrats who seem to be more concerned with publishing annual reports and making recommendations to the CRA than taking actual action. These are the same people who identified in the 2016-17 annual report that there were systemic delays in resolving requests for taxpayer relief, and who boasted that 100 per cent of the recommendations they made to the CRA would be acted upon (this exceeded their goal of 90 per cent).

They also claimed in that report that they would monitor recommendations to “work toward ensuring effective changes were made.” In fact, since these recommendations the delays have worsened. It now takes about 18 months to have a request for taxpayer relief reviewed.

And what does it mean that a taxpayer has the right to have the cost of compliance taken into account? Does this mean that my client who can ill afford it does not have to spend many thousands of dollars to fly to Croatia to get original bank statements for their audit as required by an auditor who doesn’t want to accept photocopies? (A CRA auditor actually demanded this of a client of mine before I got involved.)

There doesn’t seem to be any clear meaning to this taxpayer “right.” And if a right is not understood by a taxpayer, by the ombudsman’s office, or by even a tax lawyer, how is it that it can be upheld? What is its purpose?

All of this underscores that there is no actual access to justice when tax is concerned.

In Canadian law there are two key areas where the full power and resources of our sovereign government are aligned against a citizen and where the future of the citizen is at risk. These are in the criminal and tax arenas. In the criminal world there are prosecutors and investigators who have access to tremendous resources in order to convict. And in the tax world the CRA will spend virtually unlimited amounts of money to audit and ultimately fight a taxpayer in court in order to defend its (often incorrect) position and defeat the taxpayer.

In the criminal world, if an accused cannot afford a lawyer, they have access to legal aid. This makes the system fair.

In the tax world, if a taxpayer cannot afford a representative like a tax lawyer, despite the “right” to be represented by a person of their choice, and the “right” to have the costs of compliance taken into account when administering tax legislation, and the “right” to pay no more and no less than what is required by law, there is no mechanism to defend their rights. They can lean on the ombudsman, but unfortunately the ombudsman does little more than forward complaints back to the CRA and publish reports.

Perhaps in its next report the ombudsman’s office should make the recommendation that its office be dissolved and that the same resources be put forth to make legal aid certificates available to taxpayers so that resources can be put in the hands of legal professionals who can actually take legal action to uphold rights instead of forwarding complaints to the CRA.

Dale Barrett is the managing partner of Barrett Tax Law, founder of Lawyers & Lattes Legal Cafe, author of Tax Survival for Canadians and the Editor of the Family Law and Tax Handbook. He is also a frequent tax lecturer, primarily for accountants.