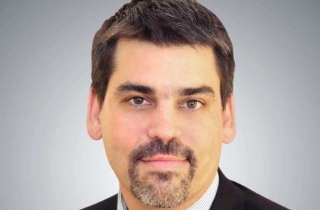 Manitoba’s legal aid office should increase what it pays immigration lawyers rather than have staff paralegals act for refugee claimants in potential “life or death cases,” says a lawyer opposed to the planned pilot project.

This view comes in the wake of Legal Aid Manitoba’s (LAM) bid to cut costs by having its three non-lawyer “advocates” take on duties in asylum cases — including preparatory work and, when appropriate, acting for claimants at protection hearings.

A LAM spokesperson confirmed these salaried staffers would work under the supervision of in-house lawyers and receive additional training in acting for asylum seekers. They are currently able to act for clients in social justice matters involving residential tenancies and welfare appeals.

Tim Valgardson, chair of LAM’s management council, said the possible move is still being discussed with Canada’s Immigration and Refugee Board, and that LAM is legislatively able to make this move.

“The more efficient we become in spending our budget — in other words, the more people that we can assist in spending our budget — the more people will have access to justice,” said Valgardson. “We’re convinced that the level of support we’ll be providing in this case will be a benefit to all those people that we’re helping — beyond what we would normally be able to [do] by relying exclusively on our in-house lawyers and private bar lawyers.”

Currently, outside immigration lawyers enlisted by LAM are paid $80 per hour and are capped at 13.1 hours in most cases. Lawyers can apply for a cap increase but must outline the reasons as to why it is needed.

Despite this tariff remaining unchanged since 2008 LAM has not had a problem finding lawyers from the private bar to take on legal aid certificates, Valgardson said.

“But it is certainly a concern for us that when they are working for the same fees they were getting 11 years ago, is there a point where they say, ‘We’re not doing that anymore.’ ”

Valgardson said the advocates would be closely supervised and, when needed to be, steered away from cases requiring the specific expertise of a lawyer.

“Facts are going to happen where the supervising lawyer is going to say to the advocate, ‘I’ll handle this case because this person needs a real lawyer; this is a complicated legal issue involved in this or there is some actual law or precedents involved in it,’ ” he said. “I think when we look at our success over at our residential tenancies branch, we’re really good at having our supervising attorneys recognize when something more is necessary.”

But Winnipeg immigration lawyer Alastair Clarke, of Clarke Immigration Law, is opposed to the plan, explaining that for some refugee claimants, deportation could mean being sent back to a hostile country — and a potentially deadly situation.

These LAM staffers, he said, are “not qualified” to play such “important roles” in the lives of asylum seekers.

“I understand the fiscal constraints [LAM is] under. I understand that the government of Manitoba is trying to balance the budget and that they are looking for any creative means to do that, but, in my view, having non-lawyers represent refugee claimants at the tribunal on potentially life-or-death cases is a huge risk,” said Clarke.

“I think that both the Manitoba government and the federal government need to make refugee representation a priority, and they need to understand that, in fact, refugees in the long term have a positive impact on the Canadian economy. … Notwithstanding the humanitarian backbone of refugee law, many of my clients go on to do amazing things that we don’t hear enough about, and the Manitoba government needs to recognize those contributions.”

LAM received $33,983,102 in funding from the Manitoba government in 2018, according to the agency’s most recent annual report.

“If [I] or another lawyer in Manitoba works more than the 13.1 hours on a refugee case, we have to request a discretionary increase for the additional time that goes into those files,” he said. “I will say that in my own practice, by far, most of my requests for discretionary increase are refused. Again, the legislation that decides whether discretionary increases are allowed is extremely limited. Much of the work that I do for those refugee claimants, I suppose it’s pro bono work. I’m putting 15, 18, 20, 25 hours into a file and I’m getting paid for 13.”

Law Society of Manitoba CEO Kris Dangerfield said there is a need for alternative legal services such as this, noting that 85 per cent of Canadians are unable to access legal services without hiring a lawyer.

“Whether you accept [that number] or not … inevitably, we have to look at some other alternatives to make sure that are services available to the public that are affordable,” said Dangerfield. “There will always be a need for lawyers. There will always be those matters which require the judgment and skills and expertise of a lawyer to manage, but there are many matters that don’t require a lawyer.”

Dangerfield was asked about the call for additional resources and a higher tariff.

“There might be some merit in that, but at the end of the day, is that going to address the numbers that the agency is responsible for?” said Dangerfield, who acknowledged LAM is underfunded. “Is it going to be sufficient representation if there is an increase in the tariff? I don’t know the answer to that question. But certainly that would be one piece of the puzzle. … There is no one solution.”

But what Dangerfield is sure of is that the emergence of alternative legal services will continue on an upward trend.

“The profession needs to step back and look and see where there is space for service providers other than lawyers and how they can meaningfully provide services that are helpful to the public while still preserving a role for lawyers.”