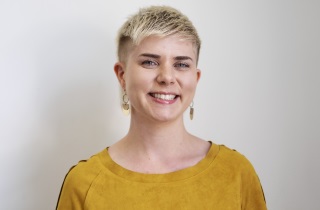 Many infants born in Canada have, through their parents, the right to a gender-neutral birth certificate. The same is not true for Canadians who die.

Vital statistics legislation across Canada was amended between 2012 and 2017 to remove the requirement for individuals to undergo gender confirmation surgery in order to change their gender on various documents including birth certificates. Now Nova Scotia, Ontario, Newfoundland and Labrador, Alberta, Yukon and the Northwest Territories all issue birth certificates with “X” as an option for gender identity. Saskatchewan and Ontario offer citizens the option to not display the sex field on a birth certificate. No jurisdiction, however, allows for the use of X on a death certificate.

The issue is both one of respect and one of law. “Access to a death certificate that is reflective of one’s lived identity is an access to justice issue. Gender identity and gender expression are core aspects of personhood. They are also human rights,” said Kate Hazell, an education and training specialist in Toronto with The 519, a non-profit group supporting the LGBTQ2S communities.

“Not having one’s lived identity recognized at and after death is a form of violence,” she added. “It does harm to community, friends, partners and family — both chosen family and of family of origin — who wish to ensure their loved one is represented in an authentic and respectful way.”

At present, the sex of a deceased person is usually determined by a medical examiner or attending physician upon death. Most transgender individuals do not opt for surgery, and observation of anatomy may not reflect gender identity. As well, information appearing on the medical certificate of death and the statement of death must align with other information registered with the government.

There is currently no meaningful mechanism to ascertain the self-identified gender of a deceased person in Canada, said Hazell. “In the absence of this, many deceased people are misgendered and have their lived identity invalidated. This is in large part due to the social and institutionalized conflation between sex assigned at birth and gender identity.”

Birth certificates are a provincial issue, so change must happen at this level, said Hélène Montreuil, a lawyer in Quebec City. She noted that at the federal level, the government now uses “X” on passports.

The issue of gender and death certificates is also a succession and estate issue, Montreuil said. “Is it the right person who is dead? Usually the death certificate must be in accordance with the birth certificate. Otherwise, we have a problem if the person has or doesn’t have a will or any other document about his or her estate.”

Montreuil has asked the members of the LGBT Committee of the Barreau du Québec to study this question.

Action is needed, said Hazell. “Governments should be doing everything in their power to address barriers to authentic self-representation as that appears in legal documents and other records, death certificates included.”

She urges individuals to make their wishes as clear as possible when planning for end of life. “This can be done by completing advanced care directives including a living will in which you should get very specific about personal details such as gender pronouns and how you wish to be groomed and dressed after death by, for instance, the funeral home of [your] choice who can honour lived identity in services and communications regardless of what information appears on legal records.”

It is also important to appoint a medical power of attorney, she noted, who can be trusted to represent the individual’s identity and interests. Lawyers may wish to discuss these issues with their clients.