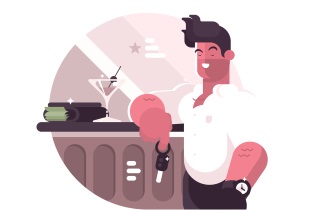 The new amendments to the Criminal Code have changed the drinking and driving landscape significantly. Two changes are attracting particular attention due to their impacts on protected Charter rights and a serious potential for wrongful convictions. Arguably the most concerning amendment is the creation of a new offence — consuming too much alcohol or drugs after driving.

Under s. 320.14(a) and (b), anyone with a blood alcohol concentration or blood drug concentration above the prescribed limits two hours after they have ceased driving is guilty of an offence.

The amendments prescribe that a person is not guilty of an offence if they can show four things: 1) they consumed alcohol or drugs after they ceased driving; 2) they had no reasonable expectation that they would be required to provide a sample of their breath or blood; 3) that their alcohol consumption is consistent with the results of the breathalyzer; and 4) that at the time of driving their blood alcohol was below the legal limit.

The wording of the provision is unclear as to the effect a combination of drinking pre and post driving would have. If a person has to have “consumed alcohol after ceasing to operate the conveyance” to be innocent, is it permissible for a driver to have a glass of wine at dinner, drive while under the legal limit to another location and continue drinking? Or does all the drinking have to occur after the driver has ceased driving?

The absurdity of the provision is that an officer could enter any pub, chat up a patron whom he has reasonable grounds to believe is impaired and ask them if they drove within the last two hours. If the patron admits to driving, then the officer can force them to provide a breath sample into an approved screening device and if they fail the test, charge them with over 80.

Assuming that all of the drinking occurred post-driving, the prospect of wrongful convictions grows exponentially when the evidentiary hurdles are taken into account. To be acquitted, the accused has to adduce evidence of his or her drinking pattern (how much they had and when they consumed it).

The witness would have to be in a position to say the amounts consumed and when.

This scenario is highly unlikely. In reality, the accused will be forced to testify — thus essentially undermining his or her Charter right to silence.

The ability of a toxicologist to provide an accurate opinion regarding the theoretical blood alcohol concentration at any point in time of a person based on their consumption depends on an accurate account of how much and when a person drank. The reality is that many people are not in a position to say within one or two ounces, how much alcohol they’ve consumed.

Unless someone is drinking consistently formulated drinks — such as bottles of beer — they may have difficulty assessing accurately how much they had.

The new amendments require that the consumption pattern be consistent with the breathalyzer results. What is “consistent?” Is there an acceptable range to qualify as ‘consistent?’ If guilt or innocence is dependent upon an accused’s ability to accurately recall the amount consumed, many may find themselves in an unenviable position of not being able to prove their innocence.

Furthermore, the only way to adduce this evidence is with the testimony of a toxicologist. Toxicologists add significantly to the cost of defending an over 80 case.

Legal Aid Ontario already does not provide assistance to persons charged with their first over 80 case as there is little prospect that they may receive a custodial sentence. Already having difficulty with lawyer fees, the cost of hiring a toxicologist further undermines access to justice.

The amendment attracting the most attention is that an officer no longer needs a “reasonable suspicion” that a driver has alcohol in their system before requiring the driver to provide a breath sample into an approved screening device (s. 320.27(2)).

The only prerequisites for the warrantless and suspicionless search is that the driver be operating the vehicle (or have care and control) and that the officer has in his or her possession the approved screening device. No indicia of consumption of alcohol is required.

Prior to the amendments, an officer could require a driver to provide a sample of his or her breath into an approved screening device and/or perform a physical co-ordination test (s. 254(2)). The officer needed to have a reasonable suspicion that the driver had alcohol or a drug in their body and had operated a vehicle within the previous three hours. The physical co-ordination test could lead to the formation of reasonable and probable grounds to suspect that the driver was impaired by a drug and would justify bringing the driver to a police station and requiring that they provide a sample of a bodily substance for analysis.

The new amendments maintain the same minimum standard of reasonable suspicion that a person has alcohol or a drug in their body and had operated a vehicle within the previous three hours.

This change is highly controversial given that in R. v. Hufsky [1988] 1 S.C.R. 621 and R. v. Thomsen [1988] 1 S.C.R. 640 the SCC held that the prior statutory regime already constituted a violation of ss. 9 (the right to be free from arbitrary detention or arrest) and 10(b) (the right to retain and instruct counsel without delay).

Joseph A. Neuberger of Neuberger & Partners LLB is certified by the Law Society of Ontario as a specialist in criminal law and he is a published author — Assessing Dangerousness: Guide to the Dangerous Offender Application Process. Christopher Assié is a partner at Neuberger & Partners LLP and has successfully defended clients in all types of criminal matters including homicide, robbery, kidnapping, sexual assault, drug trafficking, firearm offences and impaired driving. 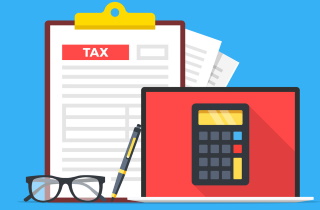 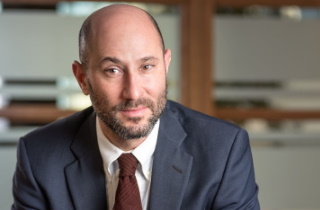