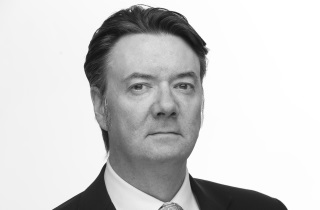 Legal minds are hoping for more restorative justice similar to that of an Indigenous mediation circle taking place for two Manitoba women suspected of spewing online hatred toward local Aboriginals.

Deemed by many as historic, the circle, which sat Jan. 16 for the first of several sessions, involves two non-Indigenous women who, rather than be formally charged and go through the court system, are meeting members of the local Indigenous community to be held accountable through an alternative form of justice.

The circle, being held at Opaskwayak Cree Nation (OCN) near the town of The Pas, Man., comes in the wake of three women allegedly taking to Facebook last summer after a car belonging to one of them was vandalized in nearby Flin Flon.

One of the women allegedly pinned the blame on some members of the nearby First Nations reservation and suggested there be a day designated for shooting Aboriginals, who were described in derogatory terms.

The women — two from Flin Flon and one from Saskatchewan — were eventually arrested for allegedly uttering threats and inciting hatred.

According to the Manitoba RCMP press release, police had received “numerous reports of mischief to vehicles and property throughout Flin Flon” and that “individuals took to … Facebook … to vent” about it.

“That venting quickly escalated into hateful and threatening language against residents of First Nations communities,” read the July 31 statement.

A Manitoba Justice spokesperson confirmed in e-mail to The Lawyer's Daily the two Manitoba women “were arrested but not charged” and that the “matters were diverted pre-charge“ to a restorative justice process following an assessment by the Crown.

(The Saskatchewan women’s matter is reportedly going through the justice system.)

Lawyer John Corona, who acts for one of the Manitoba women, said his client and her co-accused could still be charged if they fail to successfully complete the process.

Corona, a partner with Winnipeg’s Smith Corona Van Dongen & Cook, praised the Crown for taking a “holistic” approach to a “chronic” situation that had reached the boiling point.

“In this case, we had two younger women, neither of whom had a record, and who were clearly reacting to some chronic issues that had been happening in their hometown. … I think it was pretty clear they were acting out of frustration and not trying to incite people into anything,” said Corona. “I think the general consensus was having a big show trial for something like this was counterproductive and would have opened up a great deal of frustration for everyone in the community, and I like to think the Crown decided that the holistic approach was the better approach. … This is a difficult thing. There were some bad things said, and I think the Crown took the right route and put it in the hands of the community to deal with. I think our justice system is crying out for solutions like this — it has been for some time — and I have to commend the Crown for doing it this way.”

Corona, who has been involved with successful circles before but never where a non-Indigenous offender has been the subject, hopes for similar proceedings in the future, provided the circumstances allow it.

“I hope this provides instruction for other jurisdictions going forward,” he said. “I will say that these types of proceedings are not for every case. You need the right set of facts and the right circumstances to have one of these be successful. These types of matters are very difficult when there is any type of violence involved. That’s why the fact scenario in this case is perfect for this … because it’ll give a lot of people closure. The novel thing here is that these are non-Indigenous accused. … I don’t see any reason why this can’t continue, that this can’t serve as an example as to how we can improve access to justice going forward. It’s an option.”

Still, Corona admitted to some uncertainty as to what will happen with what is said during the circle should it fall apart and the women end up charged and in the court system. This is still being worked out, said Corona, who remains optimistic as he awaits further instructions from circle as to what is required of the women.

“This is a new process, this is nothing that is mandated in the [Criminal] Code. … We’re trying to think out of the box here,” said Corona, adding that the two women have been co-operating, are contrite and “have put their faith ... in the hands of the facilitators.“

According to OCN elder Irene Young, the circle is made up of just over 20 people from the Indigenous community, including senior officials. The next circle is in February, when the two women will have to either accept or reject the rest of the process and the circle's recommendations.

If they accept, Young said, they will have to provide monthly updates until they complete their reparations, which could include writing a letter of apology and doing community service.

The judge, Crown and defence counsel will be present for the “sentencing circle,”  she said in an e-mail.

Professor Signa Daum Shanks, of Toronto’s Osgoode Hall law school, says even though this method may “seem different or alternative,” it nonetheless strives for the same goals as that of the court system — at least in this case.

“We think that the people harmed by this situation should not be harmed in this way again, [and] we also have a goal that we hope the accused never do this again, and because of the facts of the case, devising a way that might not be as familiar to us but … does the job is the unique thing,” she said. “I wouldn’t necessarily think this way of doing it would work every time, of course.

“I’m hesitant to call it alternative [justice] because I don’t want us to think it is less severe or not possible again,” she said. “I think sometimes with alternative, it’s very similar to how critics of a healing lodge will use the word to describe [that process]. … We focus on saying, we want to stop this from happening … but we might have a different path when we do that. … It sounds to me, in this situation, that the community has learned a lot of details about how things have happened already and how the community will privately discuss what has occurred.”

University of Victoria law professor David Milward hopes to see more restorative justice of this nature but agreed that it will not fit all situations.