After seven years at the helm of Québec Superior Court, the last two particularly challenging and exhausting, Jacques Fournier has stepped aside as chief justice and become a supernumerary judge, with the reins handed to Marie-Anne Paquette, a puisne judge of the Superior Court of Québec for the district of Montreal.

In a tenure he described as not “not being a calm river” or not without obstacles, Justice Fournier began his mandate in 2015 dealing with the introduction of a new Quebec Code of Civil Procedure, a major reform that “needed to be assimilated” as it granted judges broader case management powers and bestowed a greater role to the principle of proportionality, followed by the landmark Jordan ruling and a legal battle with the Court of Québec over monetary thresholds that wound up before the nation’s highest court, culminating with coming to grips with the “very demanding” pandemic.

“The decision (to step down) was very difficult, extremely difficult,” the 71-year-old Justice Fournier told The Lawyer’s Daily. “I am going to miss it. But after seven years, you also have to know when to leave. At some point, it takes its toll without realizing it. I loved it, but there’s more to life than that.” 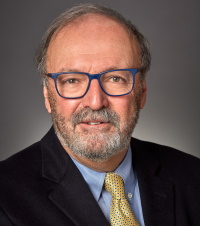 The COVID-19 pandemic made the point forcefully. When the pandemic gripped the country two years ago, the justice system came to a standstill, halting for the longest time in-person court proceedings thanks to social distancing and health restrictions. But it also accelerated an unprecedented technological shift in the justice system. Virtual hearings became a part of the new legal landscape while Quebec joined the ranks of growing Canadian jurisdictions by implementing an online e-filing system, allowing any person to file a pleading with the Québec Superior Court and the Court of Québec.

But it was not, and it is still not, without its hiccups. Technology, while there have been “great advances,” is not as robust and effective as it should be, said Justice Fournier. As pointed out by law professors Richard Haigh of Osgoode Hall Law School and Bruce Preston of York University in a paper titled “The Court System in a Time of Crisis: COVID-19 and Issues in Court Administration,” courts cannot operate remotely without fully integrated and secure systems in place. Judges and court staff working from home need to be linked to each other while lawyers, litigants, accused, witnesses and other stakeholders must be able to connect into the system, added Haigh and Preston. And while technology that enabled remote access for hearings has helped, it remains that the courts have had to postpone a large percentage of their hearings and push dockets forward, noted Justice Fournier.

“The first year was very, very challenging,” said Justice Fournier, who often ended up working seven days a week, even manning the phone for five-to-six hour stretches on a daily basis while on vacation. “The pandemic forced governments to accelerate the technological turnaround so that’s a plus. But not everyone has access to technology. We have to find a solution for that. It’s like having a Rolls-Royce and be unable to put gas in it.

“COVID also created delays. There was no choice. At the criminal level, at one point in time to get the jurors to sit, you couldn’t sit them in a closed room, with a mask on for a week. So the jurors were forced to take larger rooms that had a capacity of 250, normally reserved for long trials or multiparty trials, as we didn’t know where to put them. So there were delays and costs.”

Delays that are exacerbated by a Quebec justice system that is in upheaval, floundering under the weight of years of chronic underfinancing, a paucity of qualified court personnel and strained labour relations with a slew of legal stakeholders. Ever since the former Quebec bar bâtonnier, who practised in real estate and professional law, became chief justice, Justice Fournier has bemoaned the lack of resources the government has devoted to the justice system. But the situation has not gotten better over the years even though the demands on judges have been growing and become far more complex, said Justice Fournier. Echoing findings made by a February 2022 report by penned by Court of Québec. Deputy Judge Maurice Galarneau, Justice Fournier points out that judges are now expected to demonstrate efficient management qualities, deal with the growing phenomena of self-represented litigants, and of course take into account the Canadian Charter, all of which has led to far longer court proceedings than used to be the case.

“The judicial function is as essential as the legislative and executive functions but unfortunately, over time, we have been a little bit neglected,” observed Justice Fournier. “Judicial resources have not kept up with the evolution of society. Staff should be added according to what is required of us.”

He points out that criminal proceedings are a resource hog thanks to the Charter and guidance emanating from the Supreme Court of Canada, “not that I question the wisdom of these decisions.” But still, it can take anywhere between 12 to 18 months before justice can be rendered, noted Justice Fournier, who pointed out with envy that the man who murdered British lawmaker David Amess was sentenced to life imprisonment within six months of the killing. Moreover, criminal trials on average last four months, “and when you take resources and pour them into criminal matters, you don’t necessarily have it for family law which is just as important,” said Justice Fournier. “Life for these families are on hold while waiting for a custody decision. They are waiting for a decision to know what kind of food, what kind of education, what kind of choices they can make for the children. That’s important, too. So when it takes a year, a year and a half, that’s too long.”

Bill 96, the controversial and sweeping new language law that overhauls the Charter of the French language was adopted by the National Assembly of Quebec, will not help ease judicial delays, according to Justice Fournier. Under s. 9 of Bill 96, legal persons must attach a certified French translation to any pleading written in English who is party to a legal proceeding in the province.

The situation is not going to get better unless better remuneration packages are offered to court personnel, he added. At present 20 per cent of judges do not have judicial assistants, and those judges that do have one often have to split their time with another judge. On top of that, many assistants often end up working as court clerks because they are being lured by Quebec municipalities and the private sector where they can easily make $15,000 to $20,000 more. At present, court clerks earn between $35,000 and $45,000.

“We’re unable to recruit because we are not competitive enough,” said Justice Fournier. “This is very worrying because it’s not going to get any better. Baby Boomers are gradually leaving, and if we don’t replace them with younger people, I don’t know what will happen.” 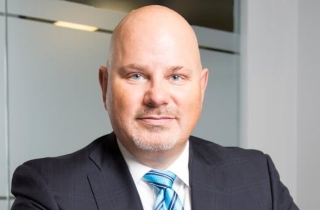