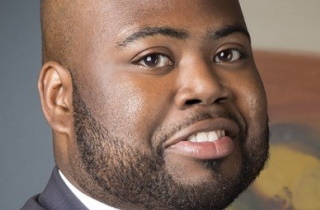 A new organization dedicated to encouraging Ontario courts to consider the impact of systemic racism when sentencing Black offenders will face a critical test later this year when the Ontario Court of Appeal hears a Crown challenge to the 2018 sentencing of a Black offender.

After long delays due to COVID-19 and the death of a key lawyer, the closely watched appeal of R. v. Morris 2018 ONSC 5186 is expected to be heard by the Court of Appeal sometime this fall and will include 10 interveners.

“There’s a lot at stake in that case,” said Toronto lawyer Anthony Morgan, who co-founded the Sentencing & Parole Project (SPP) last year with lawyers Faisal Mirza and Emily Lam. The organization is focused on the creation of “enhanced pre-sentencing reports,” which — similar to Gladue reports for Indigenous offenders — delve into the offender’s background and draw on established research to analyze how lived experiences shaped by systemic racism should weigh in the context of sentencing.

Prepared by experienced social workers, they are based on extensive interviews with the offender, family members and other close individuals, and typically include recommendations on programs and other supports that could aid in the offender’s rehabilitation.

“A lot of folks are recognizing the power and importance of enhanced pre-sentencing reports, but the question is how much weight should be given to them to impact sentences,” Morgan told The Lawyer’s Daily. “The Crown in that case (Morris) is not opposed to them but is arguing the trial judge created a sentence that is far too low.”

After a jury trial, Ontario Superior Court Justice Shaun Nakatsuru convicted Kevin Morris of possession of an unauthorized firearm, possession of a prohibited firearm with ammunition and carrying a concealed weapon, and sentenced him in July 2018 to one year in jail. The Crown had asked for four to 4.5 years in jail.

The sentence was influenced, in part, by an enhanced pre-sentencing report submitted by Morris’s counsel, Gail Smith and Mirza.

“While the distinct history of colonial violence endured by Indigenous peoples cannot simply be analogized to Black Canadians,” Justice Nakatsuru wrote in his sentencing decision, “I found that the ability to consider social context in a sentencing decision is extended to all under section 718.2(e) of the Criminal Code.”

The idea for the organization was inspired by the use of so-called cultural assessments in the Nova Scotia justice system, which were pioneered by Nova Scotia social worker Robert S. Wright. So far, said Morgan, Nova Scotia and Ontario are the only provinces where enhanced pre-sentencing reports are being used. SPP would like to see the practice instituted across Canada and funded by the justice system, as with Gladue reports.

“Since at least 1995, with the Commission on Systemic Racism in the Ontario Criminal Justice System, there’s been recognition that anti-Black racism continues to manifest in the criminal justice system, but we haven’t seen a lot of interventions that take that squarely on, so we thought this would be a way to do that,” said Morgan.

“We’re not under any illusions that this is going to solve the overall challenges of anti-Black racism that manifest in different parts of the system,” he added, “but on the very specific question of overrepresentation of black people within Canada’s prisons, we thought this was an important intervention to try to address that.”

Morgan said that Black Canadians make up about 3.5 per cent of the overall population, but comprise 8.6 per cent of prison inmates.

An enhanced pre-sentencing report is not a “get out of jail free” card, he said, but it’s important for sentencing judges and parole boards to consider the influence of anti-Black racism as a mitigating factor in formulating a fair sentence.

“Anti-Black racism often significantly limits the range of choices of an individual, and their limited range of life choices then has an impact on their moral culpability as it relates to engaging in crime,” added Morgan. “So, yes, they still have agency, and we’re in no way denying that. But we do want to make sure that courts and parole boards are making decisions that factor in the realization that that individual already had a circumscribed range of opportunities available to them.”

Due to a lack of funding, SPP must be selective in deciding on appropriate clients, based on a preliminary assessment. Those initial questions are listed on the organization’s website for lawyers and potential clients.

“If there’s no real connection to those life circumstances and the crime,” he explained, “then it would be more likely that we would say, ‘Let’s hold off on this.’ ”

In its intervention, the Criminal Lawyers’ Association (CLA) argues that Ontario courts should take judicial notice of background factors experienced by Black offenders, and that there should be a more flexible evidentiary burden on Black offenders to be able to demonstrate how systemic racism has impacted their life choices, said Marianne Salih, a trial and appellate lawyer with Toronto-based Edward H. Royle & Partners LLP, who is involved in the intervention.

As appellant, the Crown agrees that systemic discrimination should be taken into account when sentencing Black offenders, but only if the offender succeeds in demonstrating a causal link between systemic racism and the offence.

The CLA position is that the offender should not be required to show a causal link or produce expert evidence because the evidentiary burden will be too heavy, especially for disadvantaged or indigent Black offenders, said Salih.

If the Appeal Court sides with the Crown, she added, “frankly the biggest impact will be how and to what extent judges can take systemic and background factors experienced by African Canadians into account at sentencing — and that’s sort of the million-dollar question.

“We have a very robust framework for doing this with Indigenous offenders,” said Salih. “We’ve never really addressed that issue for Black offenders, and the issue before the court is going to be how do we do that and to what extent can these factors mitigate a sentence for a Black offender.”

The David Asper Centre for Constitutional Rights makes a similar argument that there should be no evidentiary onus on a Black offender to demonstrate a causal link between systemic factors and their offence conduct — noting that the Supreme Court of Canada rejected a causation requirement in R. v. Ipeelee 2012 SCC 13.

“Should this court accede to the Crown’s request,” the centre writes in its factum, “it will result in lip service being paid to the plight of Black offenders but no meaningful change to the way Black offenders are sentenced.”