Experts are rejecting as legally flawed, and contrary to the public interest, an argument that a few Canadian chief justices are making to justify not revealing how many of their court’s judges are vaccinated for COVID-19 and what — if any — mandatory COVID-19 vaccination policies their courts have in place.

As a separate branch of government, the Canadian judiciary has institutional obligations of transparency and public accountability and is said not to be subject to federal or provincial vaccine mandates that might emerge in the workplace. Therefore The Lawyer’s Daily is contacting every chief justice and chief judge across the country to ask how many of their judges are vaccinated for COVID-19, and what mandatory vaccination policies the publicly funded courts have for their judges and staff. 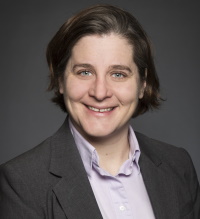 "This is about more than just transparency for transparency's sake,” commented University of Ottawa law professor Amy Salyzyn, president of the Canadian Association for Legal Ethics. “The public should be given all available and material information about any health risks they may incur when attending a courthouse. This includes, in my view, information about the judiciary's vaccination status."

“As a practical matter, shouldn’t the public know the court’s policy if they must, or may wish to, attend court?” said Gavin MacKenzie of Toronto’s MacKenzie Barristers.

MacKenzie, an expert on professional ethics, endorsed “the policies adopted by the Supreme Court of Canada and other courts to protect people who attend court proceedings during a public health crisis.

“In my view, courts should announce their policies on the subject in the interest of transparency and accountability.”

The Supreme Court of Canada and others, such as the Manitoba Court of Queen’s Bench, have been transparent.

The Supreme Court told The Lawyer’s Daily, for example, that its nine judges are fully vaccinated, and that Chief Justice of Canada Richard Wagner is requiring court staff be vaccinated before entering the courtroom in the fall session.

As another example, the country’s largest superior trial court, the Ontario Superior Court of Justice, has said the public can expect that any of its judges who conduct in-person courtroom proceedings will be fully vaccinated against COVID-19.

But a handful of courts are refusing to disclose anything around their judges’ or staffs’ COVID-19 vaccinations (or lack thereof), including whether any (and how many) of their judges are vaccinated for COVID-19; what mandatory COVID-19 vaccination policies their courts have — if any; how any vaccination policies are enforced; and what the judiciary is doing to ensure that court staff are vaccinated. 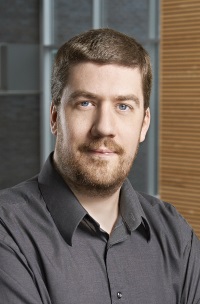 MacFarlane explained “I don’t see why a judge would be expected to have a personal view based on policies of their courts. I don’t see why a judge’s impartiality would be impacted by their decision to have become vaccinated. Would we expect judges to recuse themselves, or see their impartiality [impacted] in a disability rights case if the judge used a wheelchair, or was themselves in some way disabled? I don’t understand it.”

Still, given the controversial nature of vaccine mandates, generally, Macfarlane sees how judges “have fallen into this trap of thinking that there [is] some sort of perception issue at play.”

“But there are all manner of issues that might come before courts that are implicated in the daily working lives of judges, or their own personal choices, but we would never call into question their impartiality on those bases, so this shouldn’t be treated any differently just because we’re in the middle of a pandemic,” he suggested.

On Sept. 21, all three levels of court in Nova Scotia became the latest to decline to disclose anything at all to The Lawyer’s Daily about their internal policies on COVID-19 vaccination, or the vaccination status of their judges — echoing the same argument made earlier by the Federal Court of Appeal and Manitoba Court of Appeal whose chief justices each declined to provide any information on the basis that telling the public about their courts’ COVID-19 vaccination policies (or lack thereof) risks undermining public confidence.

In a written response to The Lawyer’s Daily, communications director Jennifer Stairs, on behalf of Nova Scotia’s judiciary, underscored the “vital” importance of public confidence in the courts’ impartiality.

“It would be inappropriate for the judiciary or a specific court to disclose its views or institutional policies on vaccinations, regardless of what those are, given that it is an issue that may come before the courts for adjudication,” Stairs said. “With that in mind, there are no plans to publicly disclose the vaccination status of Nova Scotia judges, or the position of any court on mandatory vaccination for judges.”

Legal ethicians and professional conduct experts contacted by The Lawyer’s Daily were not persuaded that a court’s decision to hide whether it has a vaccination policy (or the nature of any policy) will preserve public confidence in its judges’ impartiality.

“If there actually are impartiality concerns [around disclosure] — and I do not think there are — it is difficult to understand how the issue of impartiality would turn on the court being secretive as to whether there is a vaccination policy: either the policy exists or it does not,” said Salyzyn. 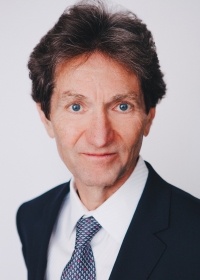 “I have difficulty with any suggestion that a court that adopts and announces a vaccination policy may somehow be compromising judicial impartiality,” he said. “Neither the adoption of such a policy, nor the announcement of it, raises any issue of judicial ethics.”

MacKenzie predicted that “an argument that the adoption and announcement of such a policy may give rise to a reasonable apprehension of bias would be doomed to fail.”

“To preserve the actual and apparent impartiality of the court on this issue and related issues — as the court must — the court will not disclose whether it has any personal views or institutional policies on this issue, one way or the other,” Chief Justice Noël said. “The court’s paramount responsibility, especially on an issue as controversial and unprecedented as this, is to ensure that Canadians are confident in this court’s capacity and commitment to decide cases on the facts and the law and nothing else — not even any personal views and institutional policies we may happen to have. Thus, in no way should this response be seen as a desire to conceal the vaccination status of the judges.”

Manitoba Court of Appeal Chief Justice Richard Chartier agreed, stating that “courts are called upon to provide an impartial forum to resolve these important issues. In my view, the answers to your questions may be interpreted in a way that will bring into question our court’s impartiality.”

But both Salyzyn and MacKenzie said a judicial bias argument would not fly in court.

"It is difficult to understand how a court merely confirming whether it has instituted a mandatory vaccination policy for its judges could be successfully used by litigants in individual cases as evidence of a judge’s lack of impartiality,” said Salyzyn. “The fact that a court, as an institution, has announced that it is, or is not, requiring its judges to be vaccinated doesn't rationally imply that any of its judges have personally prejudged whether such mandates are legal or indeed, are legal in entirely different contexts.”

Nor are courts’ refusals to publicly disclose their COVID-19 vaccination policies consistent with their public orders implementing other health and safety measures in their courts.

“Courts have implemented and publicly announced a whole host of other safety measures in response to the pandemic, and the announcement of such measures has not interfered in the courts’ hearing of cases about the legality of pandemic safety measures implemented by other actors in other contexts,” noted Salyzyn.

MacKenzie noted that judges are accorded a strong presumption of impartiality.

“In my view [it] could not be displaced by an institutional policy designed to protect the public during a pandemic,” he said. “This is a time at which transparency and accountability must prevail.”

MacKenzie also suggested that courts which choose to keep secret their COVID-19 vaccination policies, and the vaccination status of their members, could undermine public confidence in their judges’ impartiality rather than enhance it.

“If a court’s policy on public health measures during a pandemic were concealed for fear that their announcement may somehow compromise the appearance of judicial impartiality, that would be more likely, rather than less, to raise concerns,” he said. 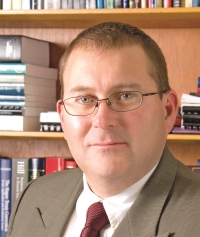 Western University law professor Stephen Pitel, vice-president of the Canadian Association for Legal Ethics, agreed that arguments based on possible cases about vaccine mandates coming before the court “do not hold much water.”

“I do wonder, if the court heard a challenge to a similar policy in a different workplace, whether at minimum the chief justice would have to not hear the case,” Pitel said. “Having established such a policy for the court workplace seems to suggest he or she personally considers it to be legal, which seems close to expressing a view of the issue, even in a different workplace context. But that does not preclude disclosure of the policy,” Pitel advised. “If at all, only the administrative judge, the chief justice or associate chief justice responsible for imposing the policy, might have to recuse. No other judge of the court would.”

Pitel added that while the bias argument is not “very solid,” a court might have other unspecified reasons not to disclose its COVID-19 vaccination policy. “My sense is that best practice calls for disclosure of both having a policy, and its contents,” he said. “The policy aims to protect users of the court and to reassure them as to their safety. That is best achieved through transparency. But that is nonetheless an argument, rather than a ‘rule’ which would mandate disclosure.”

Both the Federal Court and the Supreme Court of Canada have disclosed that all their judges are fully vaccinated.

As well, Saskatchewan’s provincial court, Queen’s Bench, and Court of Appeal have all disclosed that they have “no formal protocols with respect to the vaccination of judges.” Newfoundland and Labrador’s Supreme Court told The Lawyer’s Daily it is not requiring its judges or staff to be vaccinated against COVID-19, but is urging them to get their shots.

Taking a less transparent approach, British Columbia’s courts have declined to disclose their judges’ COVID-19 vaccination status — although the courts said this might be revisited as the COVID-19 situation in the province evolves, and as the latest public health guidance changes. The B.C. courts were transparent, however, in disclosing that their chief justices are not requiring that their nearly 300 judges, or court staff, be vaccinated for COVID-19 before entering courthouses:

None of Alberta’s courts have yet answered written questions from The Lawyer’s Daily.

If you have any information, story ideas or news tips for The Lawyer’s Daily, please contact Cristin Schmitz at Cristin.schmitz@lexisnexis.ca or call 613 820-2794, or contact Terry Davidson at t.davidson@lexisnexis.ca who can also be reached at 905-415-5899.