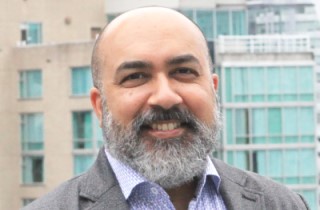 The newly minted president of the B.C. branch of the Canadian Bar Association (CBA) is saying he will be pushing for more access to justice and increased legal aid funding over the course of his term in office, which will run alongside anticipated major changes to the governance of lawyers in the province.

Aleem Bharmal, who recently took office as Canadian Bar Association, B.C. Branch (CBABC) president for the 2022-23 term, steps into this position of leadership during a time marked by transformation and modernization, both within the legal profession and the justice system. With the COVID-19 pandemic exposing and exacerbating disparities in the system, Bharmal said now is the time to improve access to justice for all communities and citizens in the province.

“There are so much information out there that not only low income people, but people in the middle class, have great difficulty in finding legal representation because it can often be unaffordable or unavailable. And so, we want to make the justice system more accessible and expand legal aid, especially in the field of law family law,” he said. “There are a lot of people going to family law court on very serious issues because what is covered by legal aid is fairly narrow, and you need quite a low income to qualify for it in the first place. The current government in B.C. has invested in legal aid, but it is not at the level it was before it was cut drastically under the previous government.” 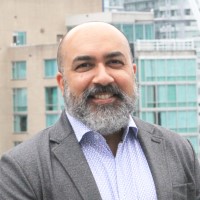 Another way to deal with the access issue is to continue with the modernization of courts and tribunals which was made necessary by the pandemic, said Bharmal. But he also said that if more things are done remotely, then those without access to proper technology have to be provided with it in some form.

“When we went through COVID a lot more proceedings were able to be done virtually, which saves costs in terms of travel and time and other expenses, and we want to keep pushing on that,” he said. “But you have to provide the technical assistance in remoter areas and provide hubs and support for them, so when you design this and proceed that way there are great benefits, but you need to make sure you are covering everybody and no one is left behind.”

Truth and reconciliation, as well as increased equity and diversity in the legal profession, are issues that will continue to have prominence for the CBABC, said Bharmal. He added that the bar association wants to ensure that the government’s efforts to align its laws with the principles of the United Nations Declaration on the Rights of Indigenous Peoples (UNDRIP), which recently became enshrined in provincial legislation, continues to be pursued.

“And we are interested in increased legal aid not only for family law, but also independent legal advice for mental health detainees,” he said. “CBABC and others have been advocating that those certified under the Mental Health Act should have a right to independent legal advice upon their being committed, so we want to make sure that is pursued.”

And significant change in the regulation of the legal profession is one thing that Bharmal, former executive director of the Vancouver-based Community Legal Assistance Society (CLAS), said will be a major focus of his term. He pointed to the recent intentions paper on regulatory modernization from the Ministry of the Attorney General which has recommended bringing all legal professionals under the umbrella of a single statute and by a single regulator and a modernized governance framework.

“That will have a major impact on our members,” he said. “We want to work with the government to make sure that this is done in a way that benefits the public and one of the important principles will be independence of the profession.”

Bharmal was recognized with the CBABC President’s Medal in 2016 and has served as chair of the CBA’s national equity committee, the CBABC’s access to justice committee and its equality and diversity committee. He was appointed Queen's Counsel (now King’s Counsel) in 2019.

More information about the CBABC can be found here.