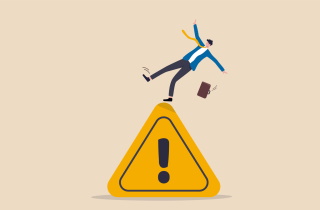 Bill 41 introduces further amendments to the Act that will predominantly affect British Columbia employers by creating a duty to co-operate and a duty to maintain employment, which includes a requirement to accommodate an injured worker in their return to work, up and until undue hardship.

Bill 41 adds Division 3.1 — “Return to Work and Other Duties in Relation to Injured Workers.”

For reference, “injury” in this division includes occupational diseases and mental disorders in addition to physical injuries.

Within this division, s. 154.2 creates a duty to co-operate for both an employer and an injured worker, with each other, and with the Worker’s Compensation Board.

The employer’s and the worker’s corresponding duty to co-operate includes:


Notably, s. 154.2(3) provides for an exception to the duty to co-operate if the communication between the employer and the employee would likely, “imperil or delay the worker’s recovery.” While we have yet to see any decisions about this provision, the writer assumes that such a circumstance would arise where the employee has suffered a mental disorder, which could be aggravated by having further communications with the employer thereafter.

Sections 154.2(4) and (5) allow the worker or the employer to report non-compliance to the board. Upon receiving a complaint about non-compliance, the board will make a determination within 60 days. If the board determines that a worker has failed to comply with the duty to co-operate, the board may reduce or suspend payments of compensation to the worker. If the board determines that the employer failed to comply with its duty to co-operate (or its duty to maintain employment, as discussed below) it may impose an administrative penalty not greater than the maximum wage rate, which would be paid into the accident fund. As of Jan. 1, 2023, the maximum wage rate will be $112,800.

Section 154.3 imposes a further duty on the employer, to maintain employment.

The duty to maintain employment becomes applicable when a worker has been employed on a full- or part-time basis for at least 12 continuous months before the date that they experience a workplace injury.

Of particular note, is that s. 154.3(5), requires employers to accommodate injured workers up and until undue hardship in their return to work. The duty to accommodate is similarly found in the B.C. Human Rights Code in the context of a person who possesses a protected characteristic and is being adversely affected in an area protected by the Code. This new duty to accommodate under the Act may create a jurisdictional overlap where an employee requires accommodation that relates to a workplace injury that also could be classified as a protected characteristic under the Code.

An employer’s duty to maintain employment runs until the second anniversary of the date the worker is injured, which means that the employer will owe the worker this duty for two years and must permit them to return to the workplace after suffering an injury during this time frame.

Section 154.3(8) provides that if an employer terminates a worker’s employment within six months after they begin to carry out suitable work or begin to carry out the essential duties of their pre-injury work, the employer is deemed to have failed to comply with its duty to maintain employment and will then face the challenge of proving to the board’s satisfaction that its decision to terminate the worker was for reasons unrelated to their injury.

Given that Bill 41 has received royal assent, it has become law; however, the transitional provisions in Bill 41 provide further details about how and when these duties become enforceable.

“… applies in relation to a worker who sustained an injury no more than 6 months before the date that section comes into force.”

While providing greater protections to injured workers, these amendments to the Act create significant obligations on employers in B.C.

Employers will now owe a duty to co-operate and a duty to maintain employment to their injured workers. In addition, during the injured worker’s transition back to work, employers now must accommodate the worker up and until undue hardship. As well, an additional hurdle now exists for any circumstance in which the employer decides that they need to terminate the employment of an injured worker within the six months of their return to work.

Nikita Gush is an employment lawyer at Doak Shirreff Lawyers LLP. She can be reached at ngush@doakshirreff.com.